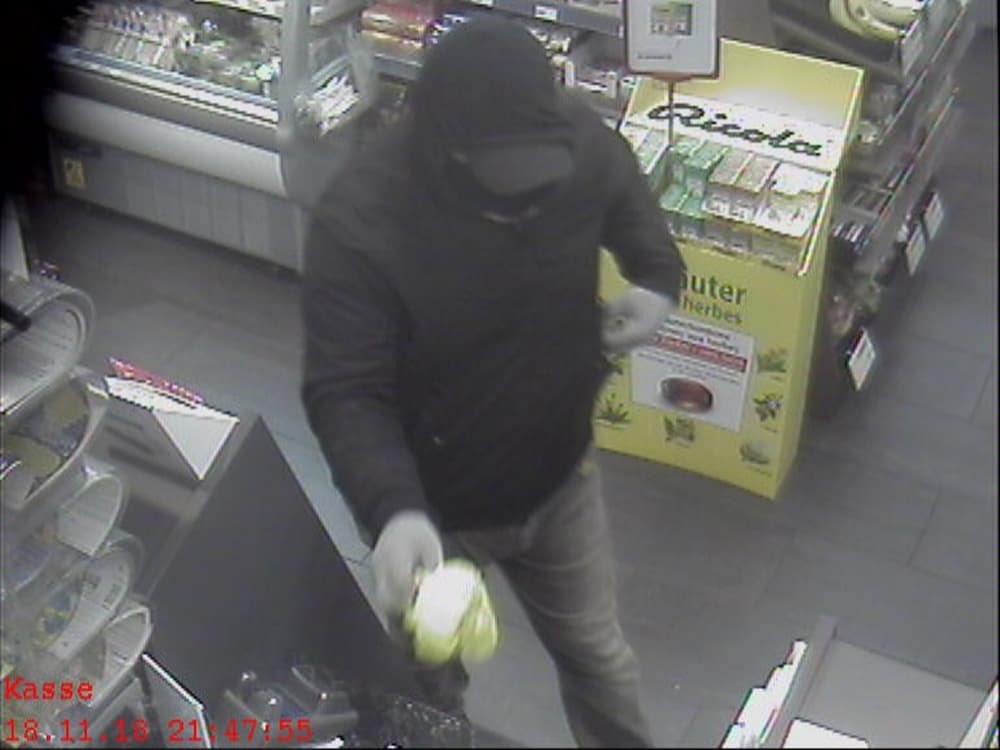 On Sunday night, a masked man entered a gas station in Pratteln BL. He threatened the seller with a gun – and managed to capture a large amount of money.

The offender has captured a greater amount of money.

On Sunday night, a man ambushed a gas station in Pratteln BL. The thief entered the shop on Hohenrainstrasse at 9:58 pm, threatened the seller with a gun and captured a larger sum of money, as police say Basel-Landschaft. As a result, the perpetrator left the store and fled in an unknown direction.

A search promptly initiated by police Basel-Landschaft was unsuccessful. Now the police are looking for witnesses. For clues that lead to the offender's arrest, it gives a reward of up to 5,000 francs.

The sign of the assailant: a man about six inches tall, a sturdy build, wore a black winter jacket, a hooded sweatshirt, a black baseball cap, a gray handkerchief, and masked with a black handkerchief. The man spoke broken German with a foreign accent. (HI / king)