Funeral in Adelboden for accident victims from Sweden 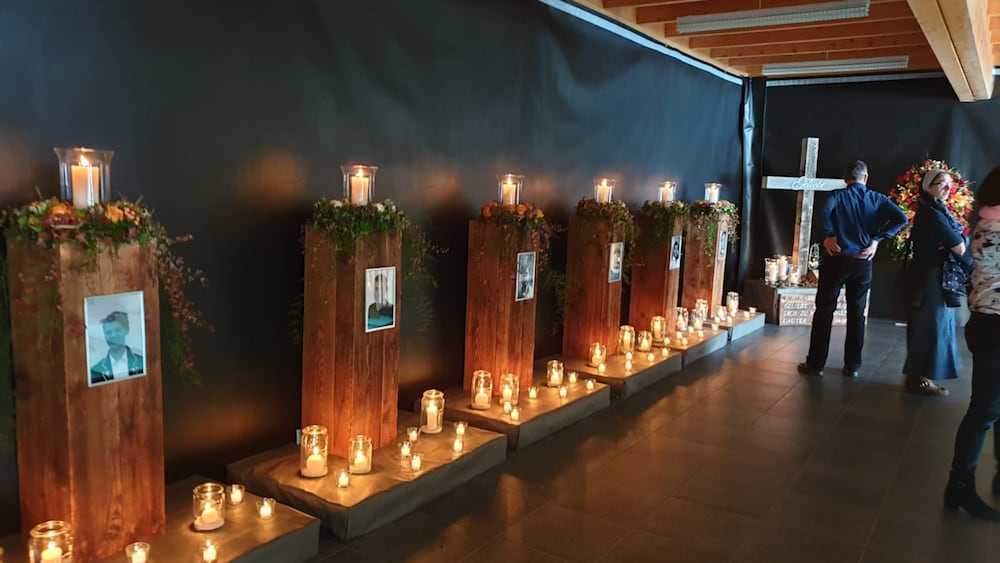 As part of a commemorative ceremony commemorates Wednesday the afternoon of Wednesday, the six young Swiss, who died in mid-January in a traffic accident in northern Sweden. Most of the victims came from Adelboden.

After the tragedy of mid-January, Adelboden BE mourns the six Swiss who died in Sweden. As Adelboden does not have a locality large enough, the service is held in a sports pavilion in the neighboring village of Frutigen.

Blick is present at the celebration. One hour before the start of the mourners in front of the sports hall Widi for the street. You shake hands, fall into your arms. "It's a great tragedy," someone says.

Hall occupied until the last seat

Traffic cadets regulate traffic in front of the venue of the event. A Bern cantonal police patrol is on the opposite side of the street. Every few minutes, a postbus brings even more mourners.

The hall is already full to the last seat, about half an hour before the abdication – several thousand people take part in the celebration. In front of the hall, there are photos of six victims in candlelit stelae. A large wooden cross beats the scene.

"Used on Adler's wings for eternity," sings a great chorus at the beginning of the celebration. In the hall, a photo of the six young people is projected. This shows them joyous on their journey to the northern lights, which ended so tragically on January 12.

«We are without a picture»

The government councilor, Pierre-Alain Schnegg, spoke to those present: "The horrible accident shakes us in the depths and confronts us with eternity." Such an event challenges us to address the key issues. "No one can understand why such a disaster has to happen." "We are stunned, horrified, angry, or even outraged." There is no simple answer.

He talks about the few hours of sun falling on the earth at this time of year in the far north. And Schnegg turns to the affected families: "On this day, dear families of mourning, darkness has fallen upon you as well. Suddenly you saw yourself in the deepest night when suddenly you were struck by this tragic and painful event." he advises them to have confidence in "Almighty God."

The young men were at seven in a minibus on their way to the polar lights. On a road south of Kiruna (Sweden), the minibus collided head-on with a truck. Six bus prisoners died, one of them was injured.

As a known dangerous curve

The accident occurred on the night of January 12 in adverse weather conditions on a locomotive known as a dangerous curve. Swedish police began investigating the accident. So far, it has not been clarified in detail how the collision occurred with the truck of an iron ore company. His driver was not injured in the collision.

Of the six fatalities, five are from Adelboden. The wounded man also comes from there. One of the young people lived in the canton of Solothurn. They were between 19 and 27 years old.

Young people were involved in the free church. The funeral will also be attended by the councilor Pierre-Alain Schnegg, who is also a member of the congregation of Christ (former Association of Brethren). (SDA / SAC / noo)