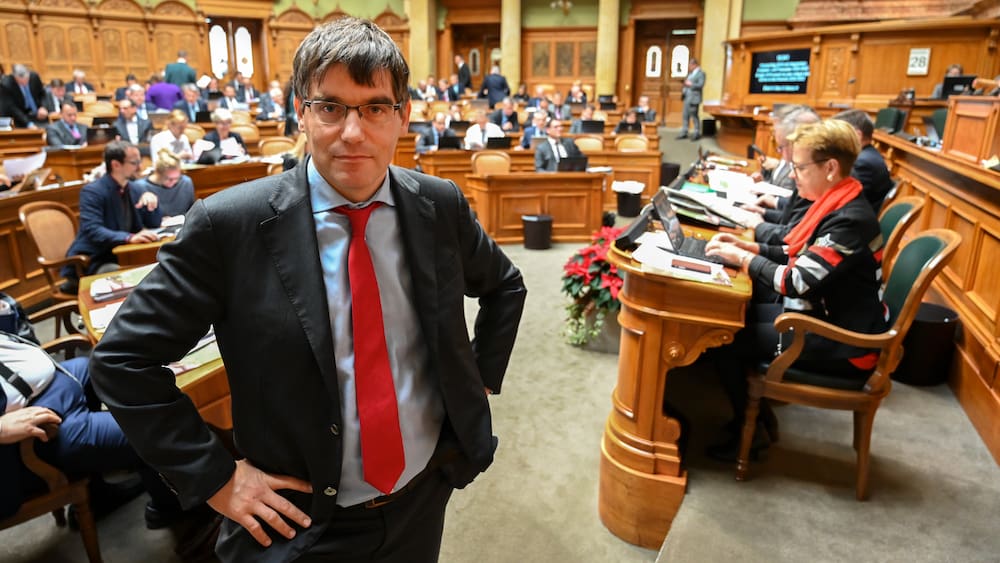 During the visit of the President of the Hungarian Parliament in the Federal Parliament leave national councils of SP and Greens in protest to the House of the National Council. "A spontaneous action," says SP leader Roger Nordmann. "An inappropriate insult," reprimands SVP boss Albert Rösti.

Hungarian parliamentary president László Kövér is visiting the Bundeshaus today – and this morning he is also accompanying the National Council debate.

But when it came to scandal: When President of the National Council, Marina Carobbio Guscetti (52, IT) welcomed the Hungarian delegation in the visitors' gallery, left almost all the SP Group and Greens in protest against Hungarian policy in the hall.

SP-Nordmann: "I understand my colleagues"

"It was a spontaneous action for aversion to the regime of Viktor Orban, who assumes increasingly authoritarian movements," says Roger Nordmann (45, VD), leader of the SP faction. He was surprised himself.

"But I was in the room out of respect for the Hungarian Parliament as an institution, because a parliament is important as a counterweight to an authoritarian government," Nordmann said.

But he does not want to condemn the action of his party cigarettes. "I understand my colleagues."

SVP president Albert Rösti (51, BE) has no sympathy for the left's action: "I consider this quite inappropriate, a great insult and disregard for the practice of a democratically elected President of the Parliament."

Moreover, "how grateful can we be to Hungary that at least this country has joined the Dublin Agreement". "It secured its external border against economic migrants and thus facilitated the asylum crisis for the whole of Europe, at least in the short term," Rösti praises Eastern Europeans.

By the way, more talks between Carobbio Guscetti and Kövér are planned for the visit to Bern. The focus will be on bilateral and interparliamentary relations between Switzerland and Hungary.

However, the two will also address issues currently affecting Europe, such as Brexit, the European elections in 2019, relations between Switzerland and the EU, and migration.