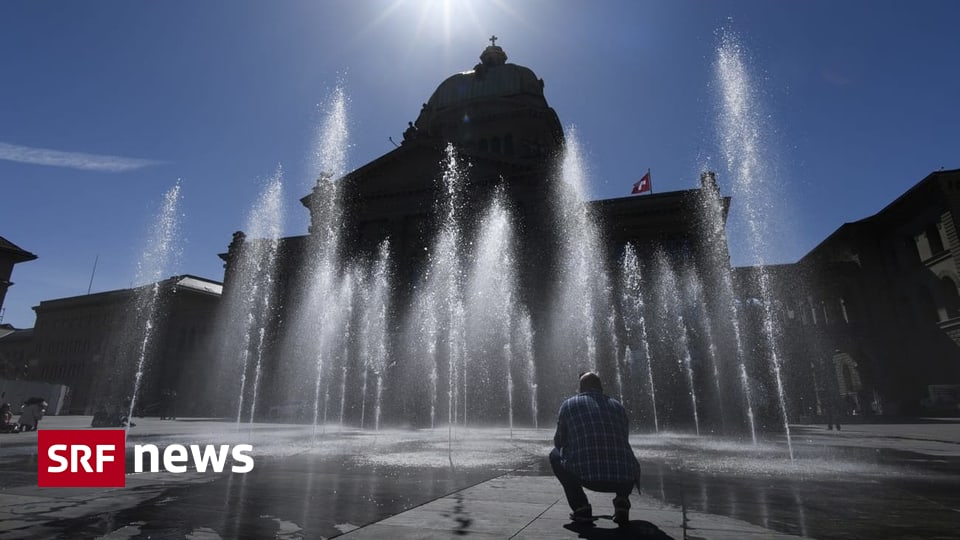 The People's Party jumps into the climate discussion with the opposite sign. This is not without risk in the election year.

The style remained the same. If the SVP does something about it, it uses the two-handed verbal. From a "green-left foray into the middle class" is discourse. From "things of the devil", "paternalism" and "state reeducation".

But the topic being plowed is new as a campaign locomotive for SVP relationships. Although the party has in recent years drafted slogans on immigration or independence from electoral success for electoral success, it is now turning its attention to the left's environmental and fiscal policies.

The Left and the Greens shamelessly use our wallet.

That has only one purpose: to get people out of sweaty money and redistribute, explains party chairman Albert Rösti at a press conference: "The left and the Greens shamelessly use our wallets."

«Left wants to strangle the economy»

In a 40 – page article, the SVP lists a whole range of demands from the SP, Green and Green Liberals' kitchen and calculates – from their point of view – what a family of four would cost per year: more than 20,000 francs, the SVP.

Even companies would be hit hard by environmental accusations, criticized SVP national councilor Diana Gutjahr, who runs a steel and metal construction company with about 80 employees at Romanshorn: "20 cents more for gasoline and the introduction of toll would cost us 60,000 Swiss francs a year. "

It does not dispute global climate change, says SVP chief Rösti, unlike other party leaders. And man also has influence over it. But you can not solve the problem by strangling the Swiss economy.

A disservice to the climate

"If we simply overburden these companies with debt, they will not be more competitive, the goods are imported from South America, food from all over the world, and then we do a disservice to the climate.

After all, in many favorable producing states, environmental and climate protection is not a problem. Therefore, it is much more important to keep the Swiss economy thriving to develop innovations that contribute to climate protection.

Confidence despite the green wave

The SVP jumps into the current climate discussion – but with the opposite sign. An election strategy not without risk. Already exponents of the party of the agriculture criticized to this course.

However, the party leader is confident that the SVP peasants will remain loyal: "Especially if someone puts more pressure on agriculture, it is not more competitive." Foreign products, especially cheaper meat, are imported. Our farmers understand this very well.

As only against charges

Does the summer heat also lead bourgeois voters to advocate state intervention in the environmental and climate sectors? That's the big issue in the fall elections.

The FDP delegates are evidently convinced of this and have on Saturday, for example, a pronounced airfare tax. But maybe this greening of the liberals at the end of the SVP helps. This can now claim with a clean conscience to be the only party that is still working against higher taxes.