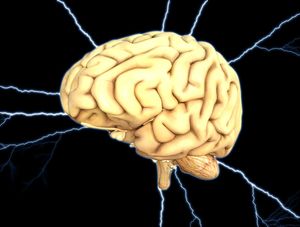 Munich (pte013 / 17.04.2019 / 10: 30) – People with the so-called BIN1 risk type have increased tau protein deposits in the brain, such as scientists at the University of Munich Spill and Stroke Research Institute http: // bit. ly / 2fm2Kbl show. Changes in the BIN1 gene are the second most important genetic risk factor that affects more than one in three people. However, the pathogenic mechanisms of BIN1, which contribute to the increase of Alzheimerrisikos, still largely unexplained.

Researchers analyzed data from a large international study on Alzheimer's disease. "In this cooperation with US partners, we were able to visualize the tau protein in the brain using modern imaging techniques and thus discover the connection to the BIN1 risk gene," says Nicolai Franzmeier, the first author of the study published in Nature Communications ".

Cell death due to dew deposits

Tau deposits are a leading cause of neuronal death in Alzheimer's disease and in dementia. In the study, low memory in subjects with type BIN1 risk could be attributed to increased tau deposits.

"These findings point to a new mechanism of Tau deposition and memory loss in BIN1, and recent attempts to focus on abnormal changes in Tau pathology are groundbreaking, especially given the recent failures of treatment trials in Alzheimer's disease." says research director Michael Ewers.