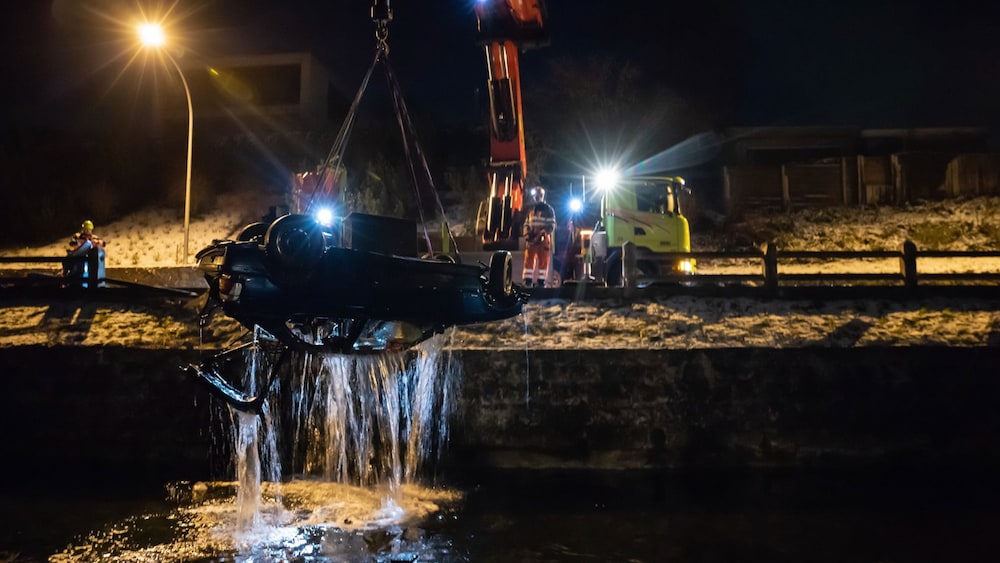 A young driver (23) lost control of his car in a right turn and landed on Lake Zug. He and his companion were injured in the accident.

Saturday, shortly before 9:30 p.m. in Oberwil ZG: A man (23) is traveling with his car on the Artherstrasse direction train. In a right turn, the car skids, hits a concrete fence and falls on the roof of Lake Zug.

The man and his companion can free themselves and save the car. From there, he manages to rescue the emergency services immediately deactivated.

The driver was slightly injured in the accident, his co-pilot considerably. Both were undercooled. They had to be taken to the hospital.

The car was a total loss. Also, the concrete fence was badly damaged. The damage to the resulting property amounts to about 35,000 francs, as the Zug police wrote.

The man had to give up his driver's license. He must respond to the public prosecutor in the canton of Zug. (JMH)