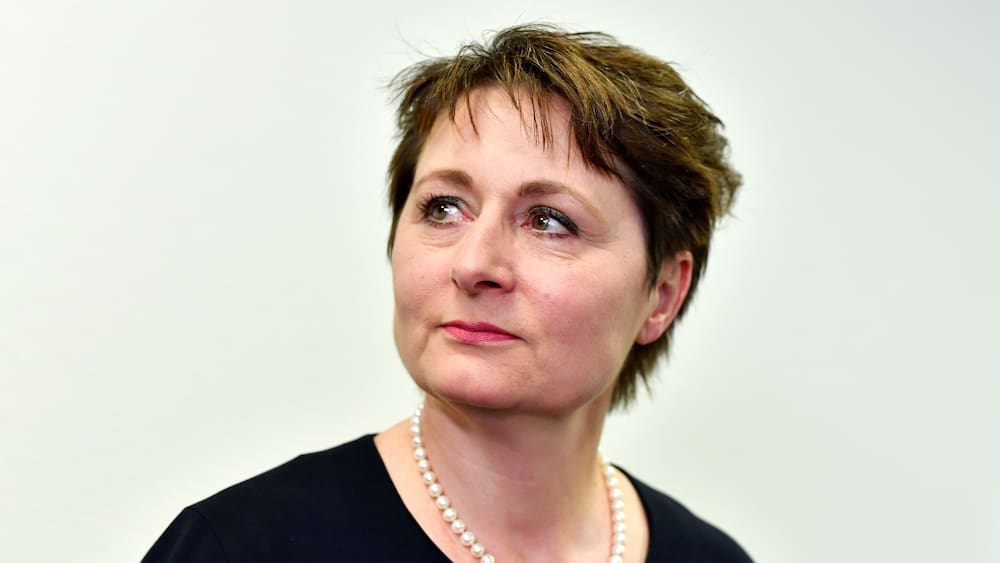 Franziska Roth also had to accept criticism from his own ranks. Now, Aargau's 55-year-old councilman has had enough. She retires at the end of July, but is on medical leave. On October 20, the replacement election will be held. The parts sharpen the knives.

The Aargau government council Franziska Roth (55) resigns at the end of July. The health director, who resigned from the SVP, announced on Wednesday that it could no longer meet the expectations of the electorate. She had taken office in early 2017.

"If I announce my resignation today at the end of July 2019, there is a reason why I find this difficult: I do not want to disappoint the trust placed in me," Roth said in his letter of resignation to the electorate. The reliance placed on it was "motivation and obligation at the same time." And: "It gave me strength to survive even the dark and disappointing moments of my short time as counselor and department head."

Meanwhile, she acknowledged that she can not be as active in the system as she had originally imagined. "I, therefore, no longer have the capacity to meet the expectations of my electorate," says Roth. With her resignation, she wanted to allow Aargauer to "find a new person she trusted."

For sombre moments, in particular, Roth's original party had provided. The SVP brutally overthrew its governor in mid-April. The party officially apologized to voters for its own government advisor! Annoyed, Roth announced his entry into the party.

But not just the SVP, the former court president and political career activist were criticized. His government colleagues, in response to parliamentary pressure, commissioned an outside investigation to investigate Roth's methods of work.

This could be the reason for his resignation, as the government of Aargau suggested in a statement: "Due to the new situation, the report in progress has not been completed or published."

The Government Council "regrets the development that led to this decision," he says. And he has already set a date for the replacement election. On October 20, the vacant seat will be filled again – on the same day, with elections by the National Council and the Council of States.

Meanwhile, FDP Vice President Stephan Attiger will take immediate leadership of the department. The non-partisan alderman of the government "could no longer carry out his duties" due to illness.

The wave awakens the desire elsewhere to claim the seat for itself. The SVP will surely claim the seat again. The attack must also exist on the left, but possibly also on the FDP, CVP, GLP or BDP.

"In addition to the election campaign for the October 20 parliamentary elections on the same date for the campaign even for the replacement election of the Roth Government Adviser, I find it very demanding – especially for small parties," says Martin Landolt (50, GL ). viewpoints. "The decision on whether the BDP will compete for a replacement, however, is in the cantonal section."

The Aargau BDP National Council, Bernhard Guhl, says: "We are considering an application". In the discussion, for example, Counselor Maya Bally and Guhl himself.

The National Council of Aargau SP, Cédric Wermuth, is already campaigning: "Now it's official: the current SVP Aargau is the most irresponsible party in the history of the canton of Aargau," he writes on Twitter. E: "The councilwoman of the government itself has ended, until it is no longer possible. What a shame!

He said BLICK: "SVP Aargau has failed completely at all levels. That is the height of irresponsibility." However, the resignation is not completely surprising, so the SP has already "developed different scenarios."

Wermuth does not want to say if SP will compete. Just a lot: "Everything we will discuss in the next few days and then we will communicate."