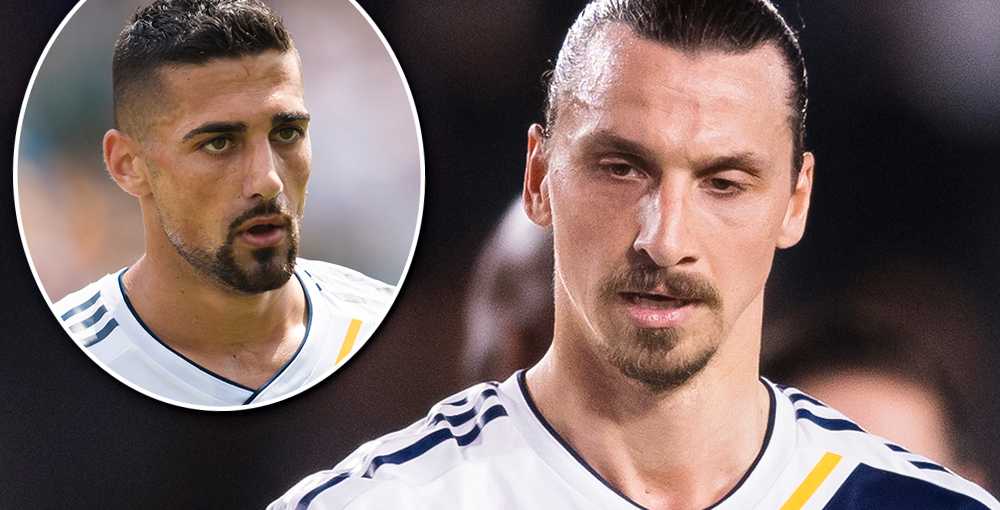 Says about special start in the galaxy

Zlatan Ibrahimovic was forced to go through the "death tunnel".

And he had great concerns about learning the names of teammates.

A year after the debut in the Galaxy, the players tell about the special Swedish start at the club.

"It took him three weeks before he knew my name," says Chris Pontius.

March 30, 2018, Zlatan Ibrahimovic made his first match in the LA Galaxy.

He jumped in, represented a dream goal and then waved to rival Los Angeles FC.

A year and a day after the dream debut, team-mates Chris Pontius and Sebastian Lletget talk about the Swedish special start at the club.

As the Sportbladet wrote in connection with the debut, he was forced to go through the "death tunnel."

The ritual – to which all new Galaxy players are exposed – involves the team of players forming a "street-top" that the new acquisition must go through as players hit, kick or dump water on it.

– We always do it with new faces. "We give them a little rap," Ashley Cole said last year.

Now Galaxy midfielder Chris Pontius admits he was worried about how hot Ibrahimovic would deal with the situation.

I suppose no one hit Zlatan with such force that he could be annoyed. I really did not want to be the one who did it, so I gave him a soft pat. He's a very scary guy, says Pontius to ESPN.

Sebastian Lletget, also a midfielder on the team, wished he had kicked harder.

"If we had known" Ibra "before, if we knew better his personality, we would have kicked more. But we did not know what to expect. Nowadays we always have fun together.

Did not learn the names

The Swede must also have had a hard time learning the names of his new teammates.

For Chris Pontius, it took about three weeks.

"It took him three weeks before he knew my name. Even after that, there were some guys whose names he played fairly well, which was a lot of fun. He called Perry Kitchen to "Kevin" for a month.

During the night of Monday, Ibrahimovic, 37, returned after a health damage. He hit two goals from the penalty spot and became a hero when the Galaxy beat Portland Timbers 2-1.

Zlatan back – as criminal