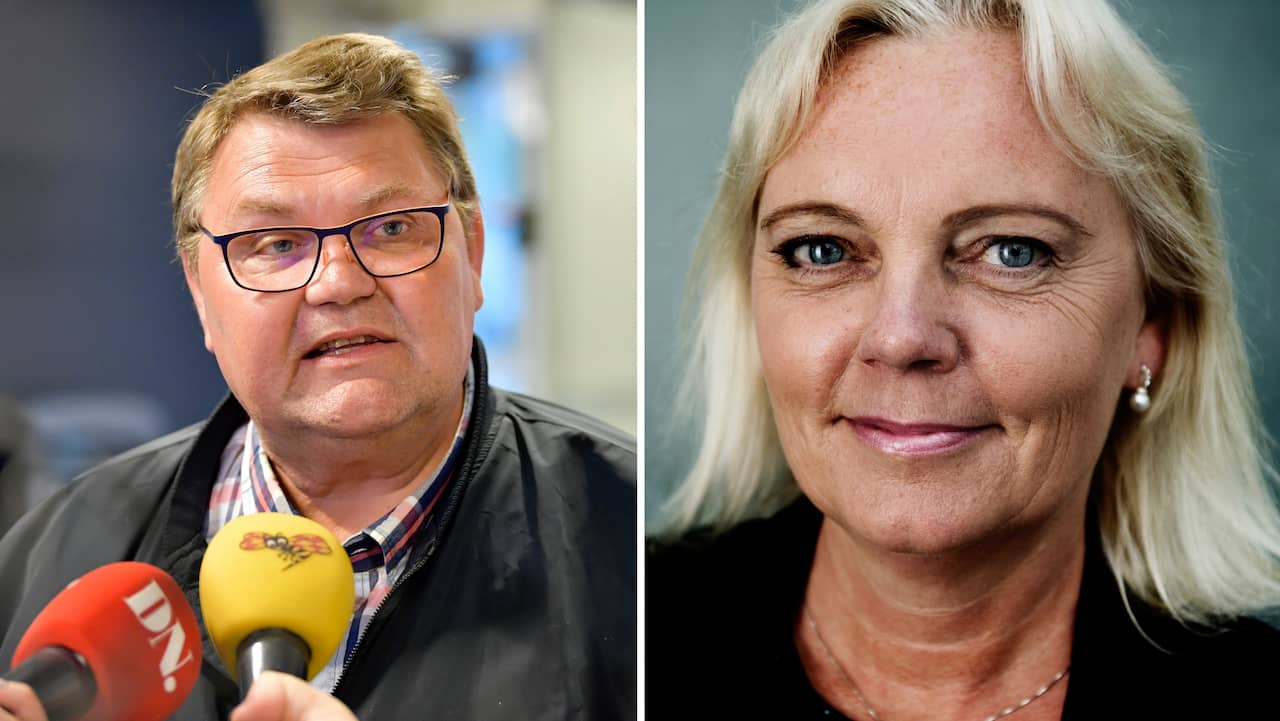 Late Sunday night, Swedish Democrats sent the message that the party's last name, Kristina Winberg, was removed from the list and excluded from the SD.

The party wrote that "it has discovered evidence that Winberg knows no more loyalty to the party." The press release continued:

"She did not express herself threateningly about the party and acted in the occult order to undermine the party's reputation and where she conspired to smear parties with the help of the media."

During Monday morning, Expressen was able to reveal that Peter Lundgren had taken a female party colleague to his breasts during his party last year, based on recordings by Kristina Winberg during conversations with the affected woman.

Winberg says she did not send the material to the media and that she had her cell phone stolen a year ago.

When Expressen confronted Peter Lundgren with the information, he admits that it happened.

"I got her enough on the breasts when we sat there, we were pretty full that night, and she put her hands away," he said.

In the same morning Peter Lundgren participates in Swedish Radio and says that he and the woman will go out together with their version of the event. A Youtube movie is released late Tuesday night.

So Peter Lundgren has already canceled his participation in "Aktuellt" at SVT on Monday night. The third party name on the EU list Charlie Weimers appears in place of Lundgren.

Tuesday is followed by more canceled appearances. Lundgren leaps from TV4's "Malou after ten," a duel against the Center Party in the Quarter podcast, as well as the final debates on Swedish Radio and Aftonbladet on Wednesday.

The last debate, however, it appears until the last moment. When Peter Lundgren arrives at the Aftonbladet debate on Wednesday night, he announces that he has denounced Kristina Winberg for defamation. Prosecutors then began a preliminary investigation into sexual harassment.

"It's been a difficult time for me. It is really the first time that you have this impulse, where everyone does everything to carry all kind of human dignity and honor of one. I would lie like I said I did not feel, he told Expressen then.

During the last issue of the election movement, Jimmie Åkesson was subjected to attacks in the form of fireworks against the SD leader. It happened twice during his visit to the country – in Mariestad on Thursday, and in Tranås on Friday.

READ MORE: New biscuits were thrown at Jimmie Åkesson during the speech

"I do not understand how to think in doing this. So incredibly stupid! People could have been injured, Åkesson's chief of staff Mikael Eriksson said.

The walks around Peter Lundgren do not seem to have significantly affected DP in public opinion. According to the latest polls, the party goes against a successful election.

READ MORE: The SD attack on S after the attacks in Åkesson: "They feed the hatred"
READ MORE: The Parliament official reported Lundgren to the sexual offense
READ MORE: Peter Lundgren's Response to Disclosure: Repentance
READ MORE: Lundgren voted no to proposals against sexual harassment
READ MORE: Kristina Winberg was sent off by e-mail: "Despair"