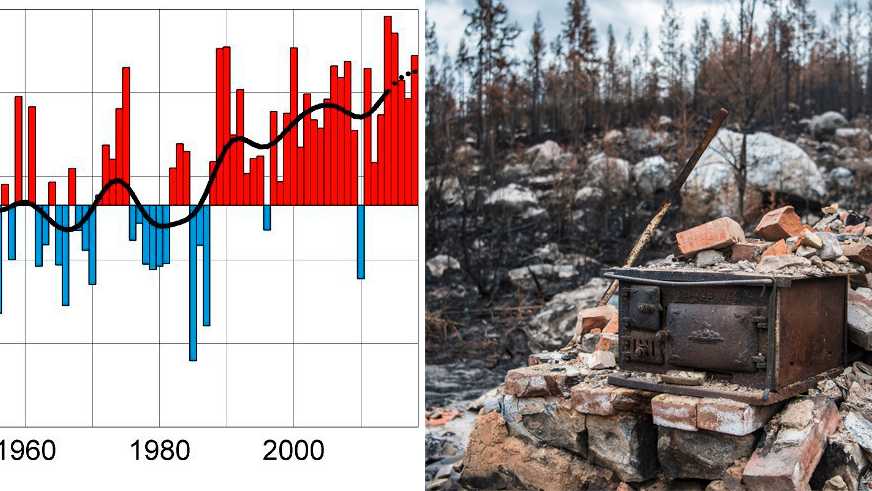 The new SMHI numbers show that the average annual temperature has increased twice as fast in Sweden as the global average.

Compared with pre-industrial time, the temperature increased by 1.7 degrees in Sweden.

– For the whole of Sweden, the annual average temperature has risen considerably more than the global average, says climate research professor Erik Kjellström in a comment.

In the last 30 years, only two years have been colder than normal. SMHI has updated its data now with information from 2018.

– For the whole of Sweden, the average annual temperature increased significantly more than the global average. It is a development that is aligned with what we can expect from the climate scenarios that exist and calculations of how global warming can affect us, something that we see happening today, says Erik Kjellström, professor of climatology at SMHI in a commentary. .

In Sweden, the average increase is 1.7 degrees in the same period, more than twice the global average.

Global warming is distributed unevenly across the globe and also between different parts of the year. In order to keep up with climate change in Sweden, SMHI annually updates a series of climate indicators, which are based on the measurements of the SMHI throughout the country, which began in some places in 1860 and have lasted for more than 150 years.

– The temperature is rising more rapidly in the Arctic, especially during the winter, and this is also evident in us in Sweden. In northern Sweden, the increase is higher during the winter. During the summer, the increase is weaker, with no systematic difference between the northern and southern parts of the country, says Erik Engström, head of the climate information unit and statistics of the SMHI.

Forest fire in the summer of 2018 was Sweden's eighth hottest since 1860. In the last 30 years, only two years, 1996 and 2010, were colder compared to the average temperature of 1961-1990, which is the reference period used for climatic and climatic comparisons.

The climate crisis – then you can reduce it 1:01