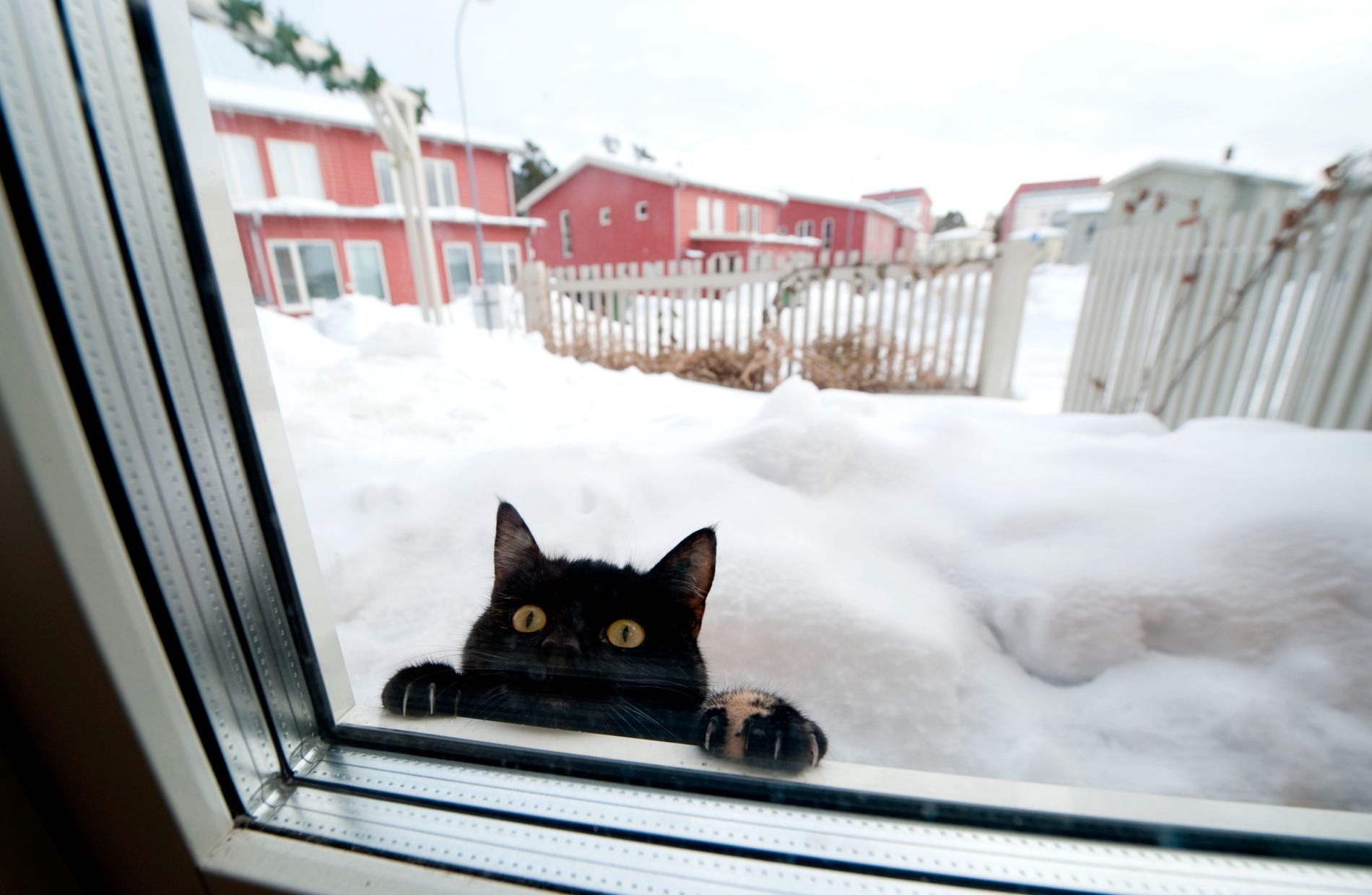 Keeping the cat indoors during the winter to avoid being infected with salmonella, is the advice of the SVA to the country's cat owner. Stock Photography.

Do not let go of the cat before spring represents the door – the Council gives the State Institute of Veterinary Medicine (SVA) because the outbreak of salmonella last year among cats seems to be sustained during the winter of 2019.

The SVA confirmed 165 cases of salmonella among cats during the first month of the year. The figure is exceptionally high compared to January 2008-2018, where cases can usually be counted on the fingers of one hand, and means that last year's peak with 395 confirmed cases in January was not an individual exception.

– It's less than last year at this time of year, but more than what we usually see. We believe there is a connection between the number of cases and the small bird population, there have been a large number of gray fish this year, "says Elina Lahti, an epidemiologist at SVA.

January-March is the worst

Smaller birds mean that they come into contact with each other more easily, for example, in bird feeders and at bird tables, which in turn increases the risk of spreading the birds between them. The salmonella bacterium is then spread to outdoor cats that catch infected birds. The Council is therefore keeping the cats indoors during January through March.

"If possible, the cat should be kept indoors during the worst period, which is the first three months of the year, even if it is not always so easy if the cat is accustomed to leave," says Lahti.

A cat infected with salmonella does not always show clear symptoms. Some cats get hungry and lose their appetite, while others get so sick that they need to be treated in an animal hospital.

"It may happen that you remain alone." If the cat is only slightly ill, then he should mostly recover at home, but at least you should contact a veterinarian who can do an evaluation, says Lahti.

The SVA also recommends that people with bird tables be careful about hand hygiene when cleaning them, rather than throwing water on the tables to prevent salmonella bacteria from entering the mouth.

The numbers show confirmed cases of salmonella among cats in January, year-round numbers in parentheses.

Salmonella is a common cause of diarrhea in cats. The picture of the disease can range from infection that causes no symptoms to severe gastrointestinal infection with fever, vomiting and diarrhea. In the worst case, the infection can lead to the death of a cat.

In other countries, studies have shown links between increased bird populations and salmonella in birds and cats. In Sweden, this connection has not been studied. But the common sources of infection are bird droppings, raw meat, infected cat food and small rodents.