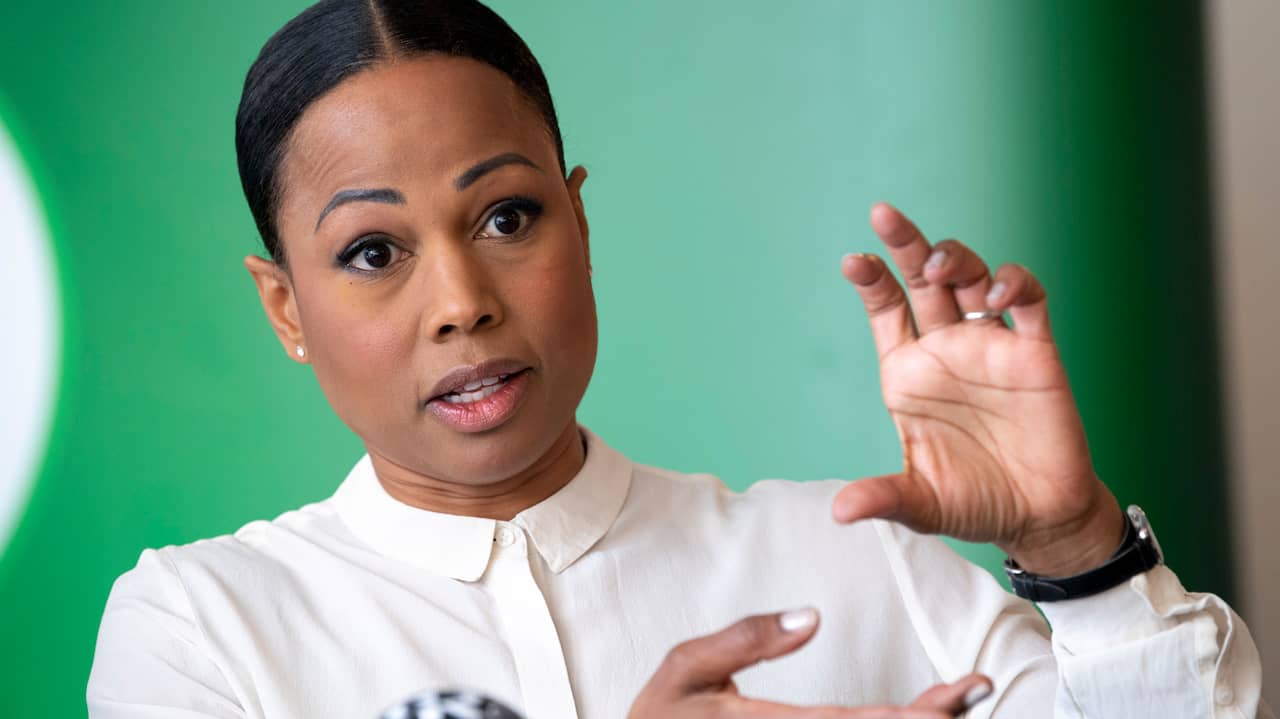 Alice Bah Kuhnke, 47, has stepped down as Minister of Culture and Democracy and is now the Green Party's main name for the EU parliamentary elections on 26 May. On Tuesday morning, she was questioned on the Swedish radio, and it was mainly about climate policy.

The MP wants, among other things, to introduce a mandatory emission budget, which establishes a maximum emission limit in each EU country.

She does not think today's goals are enough.

– The goals that have been set are voluntary and very long-term. These are goals until 2050. We do not have that time with us, we should reduce emissions now, says Alice Bah Kuhnke on Swedish Radio.

According to her, the low emission requirements that exist today in the EU are "a voluntary commitment" – not mandatory or obligatory.

The parliamentarian claims to have developed a scientifically based method that should give each country an emissions budget with mandatory emission ceilings per year. Countries that break the budget should be fined, says Bah Kuhnke.

According to her, it is an average emission reduction of 10 to 15% – per country.

Sweden is far away. According to statistics from the Swedish Environmental Protection Agency, emissions that affect Sweden's climate have declined by less than one percent in the last three years.

Alice Bah Kuhnke says that fossil subsidies must now be reduced and that what is sustainable must be invested. It does not give concrete examples, but must respond to a concrete example of the Swedish radio on travel deductions:

The cost for this year is estimated at SEK 6.3 billion and goes to car travel, for example. People who live in the countryside may have to take the car to work, travel expenses may be left, do you think?

"We in the Green Party want travel expenses to be distance-based. That would mean that they really need the car, for example, inside Norrland and not the stockholmers who drive in large SUVs, who will receive them, "says Alice Bah Kuhnke on Swedish Radio.

– We need to ensure that the big change is also a socially sustainable transition. This means that people with fewer margins should not be hit harder. We, who live in large EU cities, do not have the same need for cars, as for instance in Strömsund, and so we must dare to give priority and direct different policy measures to different areas.

What is your message to those in Strömsund?

– They should be entitled to travel deductions. They are not the big weather beavers, but they are, for example, air travel planes between Stockholm and Gothenburg several times a week, where there is an alternative to go by train, says Alice Bah Kuhnke at the Swedish Radio audience.

"It's a lot about people in big cities having to change their lives to a greater extent than people who do not have alternatives yet.

The government wants to review travel grants, and next year an investigation will be presented.

Another issue raised in the SR interview was the Office of the EU Prosecutor EPPO. Prime Minister Stefan Löfven, S, said the government should sign up to participate – but the Green Party is against it.

According to Alice Bah Kuhnke, the "self-determination of the Swedish Public Ministry is of paramount importance".