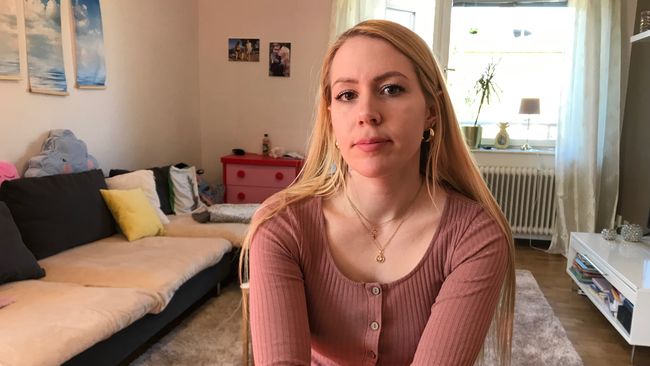 "We want to tell the public what's going on. It's very easy and discreet to get in touch with girls online, says documentary filmmaker Ylva Johansson.

The movies also wanted to find out who is buying sex and why. In their meetings with the sex shoppers, they joked and tried to ask questions before leaving the meeting place. It turns out that most had wives and children and good jobs.

"I think it's about power and you want control instead of sexual satisfaction," says Ylva Johansson.

You may have difficulties at home or at work and feel you have the right to cash in someone else, says Ylva Johansson.

"I do not think they felt like they were committing a crime. They called from their cell phones, greeted their names, and told of their families. It amazed me that they did not make anyone hired to hide.

According to data from the Swedish Crime Prevention Council of 2018, police received 1,400 police records of suspected sexual purchases. Of these, 106 were convicted and six of them were sentenced to prison. The remainder received conditional sentences, fines or community service.

– It is the men who commit the crimes and, therefore, are prioritized. It is mainly women and children who are exposed. I think everyone who buys sex should be arrested, "says Ylva Johansson.

With the film in conjunction with statistics, Ylva Johansson hopes this is a warning to those trying to buy sex.

– Everyone can shoot today. It's very simple and may discourage sex shoppers, she says.

"But you have to be careful." One man was very annoyed when he found out we were filming. He called several times, but eventually blocked the caller.

You were never afraid. Did you take big risks?

– No, we shot in public places and never out of camera. I thought more about the girls who go through these sex purchases in cars or at home with someone else. The horror they have to feel, says Ylva Johansson

Want to see the documentary like this? is available on SVT Play.