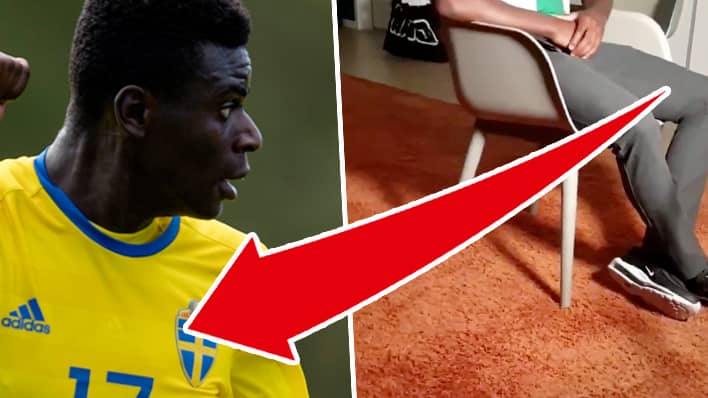 Hammarby continues to strengthen on the attack side. During the day yesterday, Icelandic striker Vidar Örn Kjartansson was presented. And on Tuesday, another striker was ready for the club

On Hammarby's Twitter account, a movie was released yesterday, suggesting that a player would be introduced to the club. Many did not know who it might be.

But now it's clear.

The attacking talent Filston Mawana, who comes from the German club Hoffenheim, has signed a three-year contract with Hammarby.

– Filston is one of the country's leading in his age group and he has made great progress over his two years in Hoffenheim. It's a versatile, fast-forward with lots of cool features and great potential, "says Jesper Jansson on Hammarby's website.

– The agreement we can offer in Hammarby with the possibility of both Allsvensk football, super-football through our IK Frej cooperation club and in this case also the possibility to start with any match U19 makes us able to attract a player like Filston. Filston will be able to start quietly after a long rehab period, but is an extremely exciting future player for Hammarby, continues Jesper Jansson.

One of the greatest talents in the world

Mawana herself is happy with the club's selection and it is great to have joined the club in Stockholm.

"Playing football is the best feeling available and reaching a club here at this level – it's perfect," he says.

The attacking talent is also ranked as one of the greatest talents of world football. The Guardian, along with several other football sites in the world, ranked the top 60 talents born in 2000.

"He has taken more action since signing with Hoffenheim in December and impressed with the club's junior team," he said, among other things, in the justification.