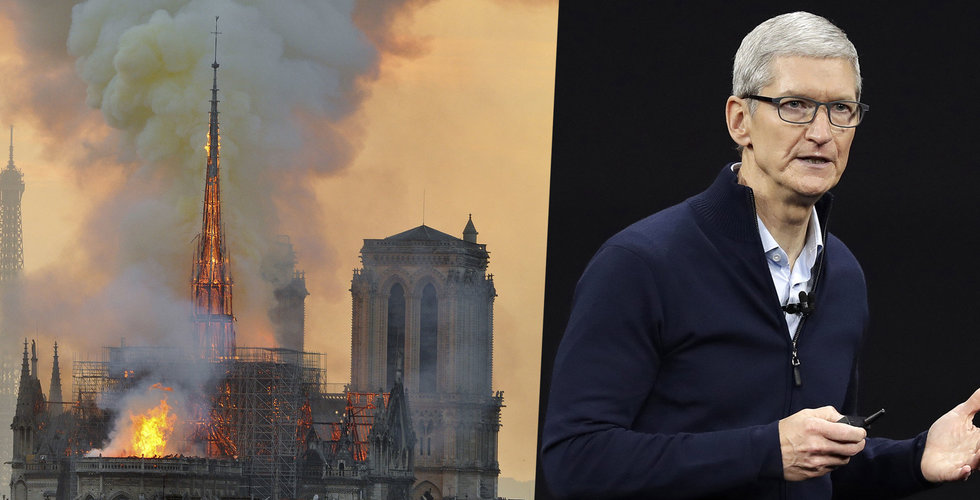 It was shaking when the Cathedral of Notre-Dame was on fire during the night of Monday. French President Macron promised that the building will be restored to its original condition, and the donations were not allowed to wait.

French billionaire François-Henri Pinault has promised to donate SEK 1 billion and Tim Cook has promised that Apple will also be in the pipeline.

"We are in despair for the French people and people around the world for whom Notre-Dame is a symbol of hope. Relieved that everyone is safe, Apple will donate to the work of restoring the precious heritage of Notre-Dame to the future "he tweeted. CEO of apple.

"Notre-Dame is a symbol of hope and beauty that has defined the heart of Paris and the French soul for centuries," says Bob Iger of Disney.

The Badoo dating application, in turn, promised to donate all the profit generated by the 22 million French users during the month of April.

Beauty giants like L'Oréal and LVMH have also announced that they will donate hundreds of millions.

According to TechCrunch, $ 1 billion, more than $ 9 billion, have so far been donated by businesses and individuals.