Zala Kralj and Gašper Šantl, with their new name and new music, are attacking the rest of the world

Zala Kralj and Gašper Šantl, who finished 15th in Slovenia in Eurovision, said people often sleep at their shows.

Zala Kralj and Gašper Šantl are now signing the book.

Just three weeks after Eurovision Zala King in Gašper Šantl she presented her new song with the title Come to me What is their first English song? Remember, at the end of the Eurovision Song Contest, they were in 15th place at the end, and with their music and behavior, they filled national and foreign officials. The Styrian duo also played English songs on shows, but now it's their first official single in that language. "In the poem we want to announce that our house is not connected to a specific place, but we are those who represent each other as a shelter." they said at the premiere of the song. They also say they prefer to write and create in Slovene because it is easier to express in their mother tongue. "We always wanted to try the foreign market and create it in English" Zala said. Well, with their music, occurrence and behind-the-scenes behavior, they've already attracted attention and filled in the foreign media, and they themselves acknowledge that the Eurovision experience was invaluable. They also revealed that they recently signed a contract with Universal Music, which opened the door to foreign markets even more widely. 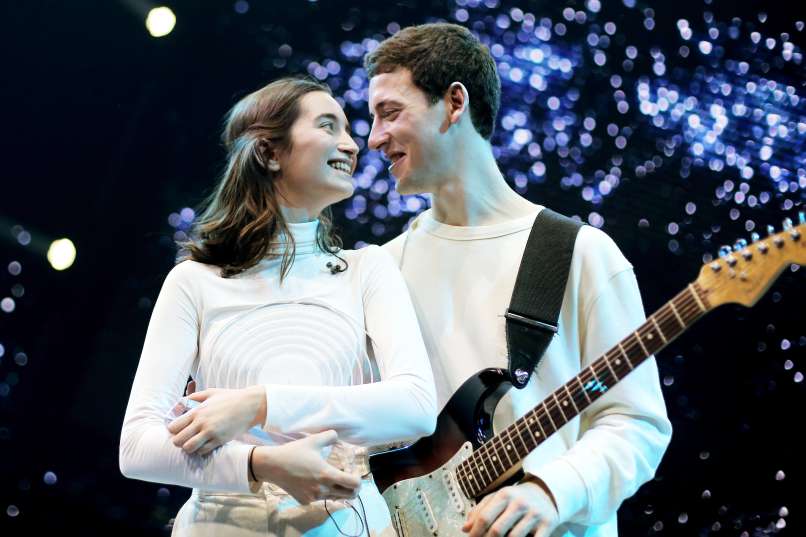 In their minimalist music, they now intend to introduce a new dynamic with the addition of drums.

Zala Kralj and Gašper Šantl are now signing as bargaining chips as they believe that foreigners will more easily pronounce their names and make them easier to remember.

Zala and Gašper also said they wanted to include drums in their songs, as that would introduce a new dynamic and would say it sounds great. Another novelty is that they have changed their name, also because of the desire to penetrate abroad, because foreigners find it difficult to pronounce their names with the surname; so they are now signing up as zalagasper – They think that foreigners will be easier to remember his name and, above all, easier pronounced. A few days ago, they received the golden whistle for the 2018 rookie and thanked them for it through their social network. There they discovered other things, for example, what they liked in their shows. "We have the best in our shows when people really like music and they forget everything. We also like it when one of the listeners falls asleep (yes, it happened more than once)" they wrote on social networks.