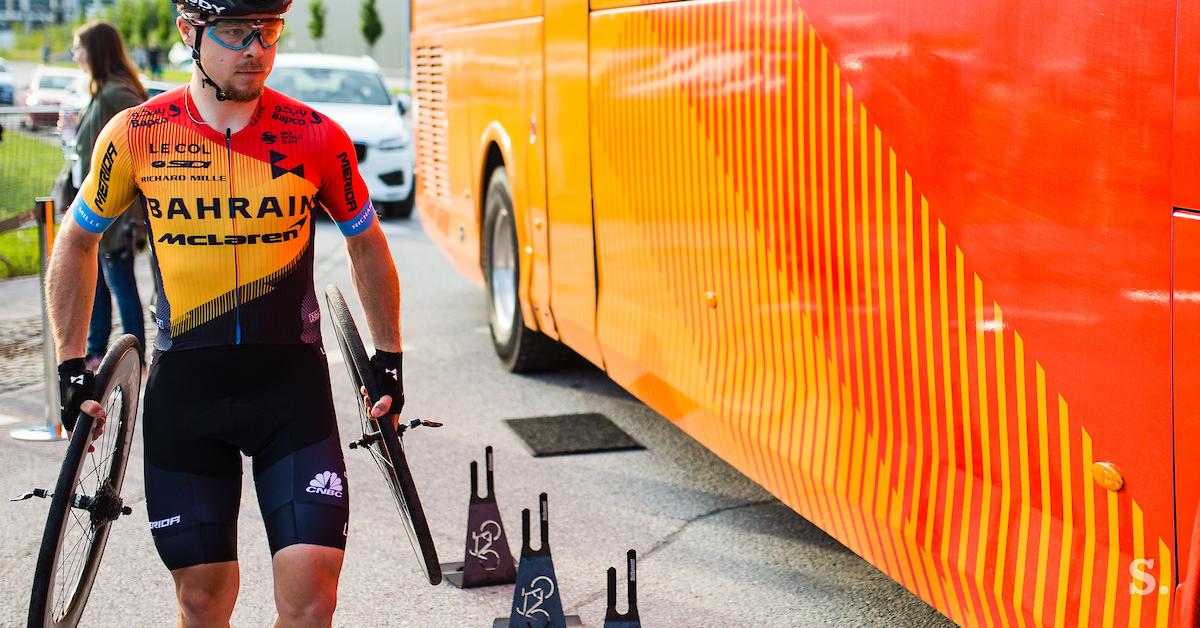 Slovenian cycling celebrated the stage victory in the race in Italy thanks to Jan Tratnik. The 30-year-old announced at the end of Gira that despite the end of his contract with Bahrain-McLarn, he is still in the World Series and will reveal more about the subject in the coming days.

“As far as the future is concerned, we will have to wait a little longer. Everything will be official soon, but I will definitely be on the world series team,” Idrijčan told Radio Slovenia.


The Brit celebrates his career success

Today, he won tenth place in the last stage, which is in the previous time slot of this year’s Giro. He finished first in 11th and second in tenth place.

“I am extremely satisfied with today’s stopwatch, I managed everything in the best way, the power was very good, which ended up being the tenth place in the end. If I look at the results, we were very close to fourth, fifth place,” he added. There was a bitter taste, as he lost fourth place for just six seconds.

“It is a little difficult to see why you are feeling well and everything is going according to plan when it separates you so little from the five. But in the end I really did my best. I only made a mistake when I reached the driver in the in front of me. he did not withdraw from me and I lost a few seconds there, “added Idrijčan.

He was also pleased with the performance of the Bahrain-McLarna team, which did not reach the Giro with high or elaborate goals. In the end, Spaniard Pello Bilbao, who also raced on the Tour, took the final fifth place, and Tratnik won the 16th stage from Udine to San Daniele del Friuli, becoming the seventh Slovenian with a stage victory in three-week races .

“I am happy to have helped Bilbao to reach fifth place. Everyone on the team is very happy with what has been shown,” said Tratnik.


A fantastic day for Jan Tratnik, a cyclist with a story from which young people can learn many lessons

As a team, it is second only to Ineos

Domen Novak: If we said from the start that we would reach fifth place in the overall standings, everyone would sign.
Photo: Vid Ponikvar


Domen Novak, the second Slovenian representative in the Giro and Tratnik’s teammate in Bahrain-McLaren was also in Italy as an assistant. He also proved himself a few times on demanding climbs, and the biggest with 12th place was in the real stage 18, which took cyclists to the legendary Stelvio.

The national road racing champion of 25 years 2019 was very pleased with what he achieved at the Giro. “I am very happy with Giro. If we said from the start that we would reach fifth place in the overall standings, we would all sign. We still have a stage win, a few seconds and third places. As a team, we finished in second place for Ineos Grenadiers. , “Novak commented on the events in the race in Italy.

He was personally satisfied with the past week. “I think I did a very good job for our captain. Now it’s the end of the season and it’s time to rest, relax your head and hope that we start the next season as well as we finished this year,” said Novak, who has a contract with the team from which sponsor McLaren would withdraw by the end of 2021.

In the Bahrain-McLaren team, the Slovenian team still has a direct Matej Mohorič inside Greek Bole, who were part of the Vuelta team these days. The first fell in the second stage, broke the shoulder blade and resigned, while the second resigned after the fifth stage due to stomach problems. He will stay in Spain with the team until Monday, when he will leave Bilbao for Slovenia.


The Slovenian cyclist finished the Vuelta after breaking the shoulder blade