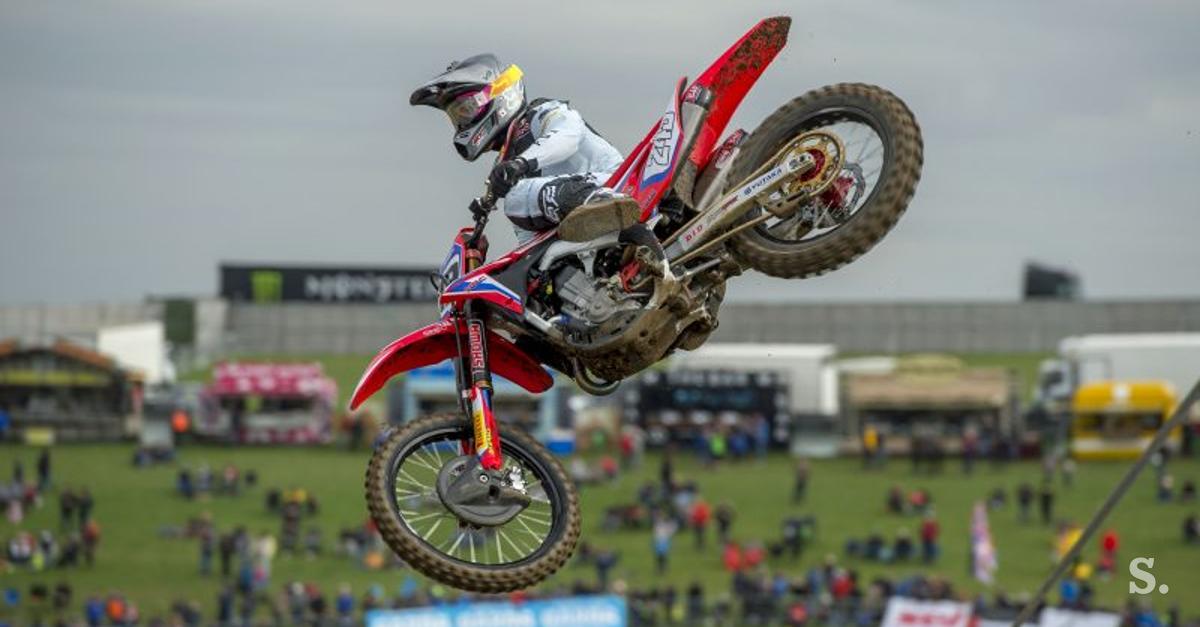 Top Slovenian motorcycle rider Tim Gajser is the winner of the seventh race of the MXGP World Championship in France. At Saint-Jean-d'Angely, he won the first two races, and due to the poor performance of Italian Antonio Cairoli, he also narrowed the gap behind him in total, now only ten points behind.

Guyser was convincingly the best this weekend in France, he achieved the qualifications, and certainly the first race before Cairoli and the Swiss Arnaud Tonus. In the second race, he did not start in the first place, but he managed to get in the lead in half and did not leave the competitors anymore. The second was the Frenchman Romain Febvre and the third was Tonus.

Cairoli made many mistakes in this event, in the end he was only 17 years old. In total, the race Gajser beat Tonus and Febvre, Cairoli was only seventh.

Gaiser greatly reduced the backlog behind him in SP; The Italian had 34 points before the current race, but now only ten (311-301).

Gerčar 30., Pancar to the first points

This time another Slovenec was running between the elite Klemen Gerčar, who otherwise does not appear in all the trials of the season; in the second round of the first race in Saint-Jean-d 'Angely, in the second round reached the finish line, but in the 30th place lost points. Jan Pancar was in 17th place and won the first ten points of the season.
Photo: Greek Valančič / Sportida


The first points he took Jan Pancar in the weakest class MX2, which finished its first race in France in 20th place, while in the second it was even bigger in the 12th place. Overall, that took him to 17th place and the top ten points of the season. At the top were Spanish Jorge Prado, Belgian Jago Geerts and Danish Thomas Kjer Olsen.

The next SP race will take place on June 9 in Russian Orlyonok.

The greatest successes in SP:


Gaiser is the fastest in qualifying in France