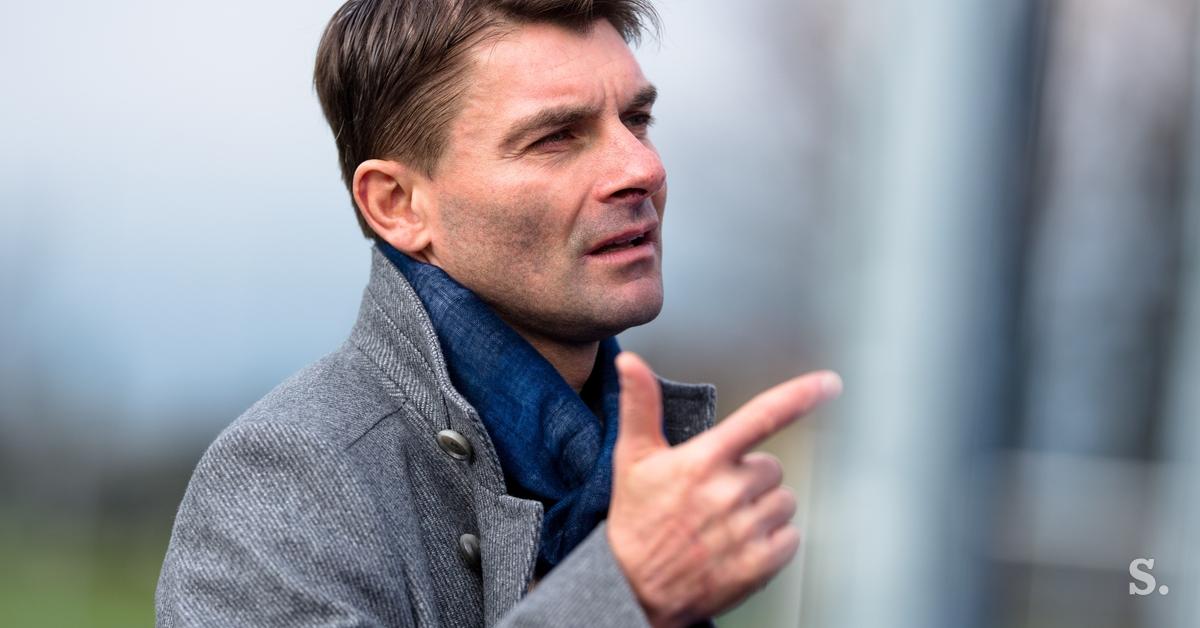 Since last week, only Premier League football can be played in Slovenia. At least where teams don’t have major problems with new coronavirus infections. The second division found itself in an ungrateful position. They interrupted the championship, they can forget the joint training, the loss of revenue increases every day. “We do not want to criticize, we are aware of the seriousness of the situation. However, we do not yet have clearer instructions from the NHS,” said Matjaž Marinšek, chairman of Radomelj’s leadership. His opinion joins Sašo Udovič, Krka’s second-placed sporting director, who remains undefeated this season.

Second league clubs closed their doors until they were canceled. Last Friday, they received a notification from the Slovenian Football Federation (NHS) that the championship is suspended. The competitive pace has exploded and uncertainty about the fate of the second season of the championship is growing. Also on the sunny side of the Alps is the scenario that teams from the second division have already ended this year’s competition.

The first place in the Telekom Slovenije First League is currently Tabor, who was eliminated in the round of 16 of the Slovenian Cup in Radomlje.
Photo: Blaž Weindorfer / Sportida


The luck of the accident, which can be at least partially consoled by the second division in a period of uncertainty and a dramatic increase in the number of people positive for the new coronavirus in Slovenia, is the fact that they have already put 12 rounds under the roof this season . More than a third of what was planned (the second league marathon consists of 30 laps), which is significantly better than in the first league, which will continue only the ninth of a total of 36 laps today. This will be incomplete as the duel in Kidričevo has been postponed due to the excessive number of infections in the Domžale camp (up to 12 people).

If matches are still being played in the first league, albeit in empty stands, and fans are still able to get their money’s worth, it is in the second league, just like the women’s league and the elite club futsal league, for example. government order and the National Institute of Public Health (NIJZ) the devil took the joke. Clubs have been inactive for a week and growing statistics on the number of infections in Slovenia suggest they will not be back on the pitch anytime soon. There will certainly be none this weekend.

Amateurs and students run out of income


“All second division clubs lose the clearest instructions possible. Know where we are. The most worrying is because we don’t know if the championship will continue or not. We also know that the NHS cannot pass through the government, ”he told us. Matjaž Marinšek, President Radomelj, who is doing well this season. They are the best in the classification, they broke in the top eight in the cup and with that they also eliminated the first starting team of Sežana, but they will not be able to enrich the periods when the players with yellow and black shirts are in exceptional form. At least until further notice. As a result, several problems arise.

“Professional football players, autonomous, will have help, and everyone else, amateurs and students who are not missing in the second league, will be left without income. Now they don’t even receive any more travel expenses. They don’t know how to proceed,” said the first man. Radomelj presented a concrete financial dilemma that came with the interruption of the season.

Not only were the matches interrupted, but also the training sessions. In Radomlje, last week, when they heard there would be no games, the players had a week off. “There are many Croatians in many clubs. We have to decide whether it is possible to train. Professionals are going to meet at our club tomorrow. We have 12 in Radomlje. They can train and others cannot, so we appealed to the association together with some clubs. the status of a player, whether professional, amateur or student, would not be taken into account in this regard, but could, of course, under NIJZ terms, be coached by any player registered with a second division club “, presented the president of the best second division this season.

Last season, due to the situation of force majeure, the people of Radom were left without a place in the additional qualifiers for the first league, where they were only behind Koper and Gorica in the classification, and in the cup they were eliminated in the semifinals after the epic feat of Nafta . .
Photo: Greek Valančič / Sportida


“We are really in good shape, but they stopped us. But this is not the biggest problem. We must first take care of our health, but also receive as clear instructions as possible to try to train in a limited way if the season continues,” said Marinšek. he reiterated that second league clubs are losing clear instructions from the NHS, which has promised to negotiate with the government and NIJZ.


Celje is obviously in a big crisis, the champions are fighting for survival


The least he wants is for the proposals or demands of the clubs in the second league to sound the wrong tone in this delicate period. “Look at the number of infections. It is not easy for anyone. With our proposals and comments, we want a constructive approach to solving the problems. We do not want to criticize. We are aware of the seriousness of the situation if half the economy is closed,” added President Radomelj .

The widow warns of worse weather

Sašo Udovič is the sporting director of the only undefeated second league club this season.
Photo: Matic Klanšek Velej / Sportida


Second division players, who interrupted the season before the “unhappy” 13th round, await more concrete dates. “We are waiting for notification from the federation. The status quo is the worst thing for clubs and players,” he said. Sašo Udovič, sport director for Krka, from Novo mesto, who hasn’t lost anything in the second league this season, and is second only to the playful Radomlje in the standings.

“Something must be accepted, not waiting. Waiting a few more weeks would be destructive. The question is also what will happen over time,” said the former national team striker for November, bringing colder temperatures, but not excluding snow. which could ban football players from second league lawns that offer much less comfort and luxury than first league players.

“We need to take care of our health first, and in the spring, when the weather is better, more rounds can be played,” said Udovic, who fears possible injury to players, the consequences of continuing the season after a long forced break in which players from second division cannot pay. joint training. Under the leadership of Krka’s professional team, football players adopted a tactic similar to that of March, when the strict quarantine was in effect. They perform most of the training process remotely, using the World Wide Web.


“The problem with teams in the second division is that costs are multiplying. Therapies, food, hotels … Club costs are not small, if there is no competition, the sponsors’ investment is also questionable. But unfortunately there is no magic wand to solve this now. It is difficult Under these circumstances, be smart. We are all waiting for the official NHS notification to see where we are, “said the 51-year-old from Ljubljana, who is responsible for resolving the second league personnel policy Dolenjska, who managed to forget about joint training last week.

This will certainly be the case at least for a while. Everything else would be illusory to be expected at a time when more and more people are infected with the new coronavirus in Slovenia every day. The umbrella association is therefore facing a demanding job. Second league players demand more concrete information. There are several scenarios, but we will have to wait a little longer for the one that prevails.


Primož Gliha pulled a shorter one, the president of the NHS also criticizes the players