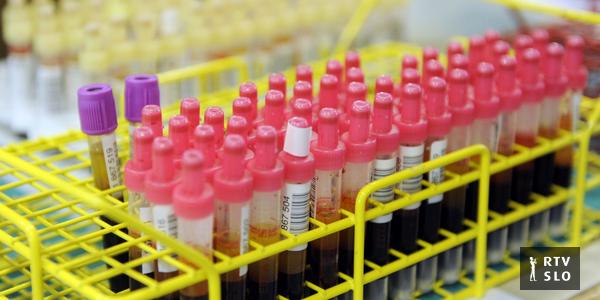 Hemophilia A and B is a disease characterized by a lack of a blood clotting factor VIII or IX necessary to form a solid blood clot, the hematologist explained. Irena Preponder Zupan of the University Clinic Center of Ljubljana. With a disease, which they also call "real disease"and inherited, are born almost exclusively male and are transmitted by women from the grandfather principle to hemophilia, through the daughter to the grandchildren.Depending on the amount of the healing factor, the disease is divided into mild, medium and difficult degree.

A person with hemophilia does not bleed more than others, but more time. The main danger is uncontrolled internal bleeding, which can occur on its own or due to injury, and can be fatal. In the past, when it was not possible to stop the bleeding by replacing the coagulation factor, only the plasma was available and the patients died very young. Today, high-quality life for hemophilia patients provides replacement therapy and prophylaxis every few days by injecting a blood clotting factor into the vein, the hematologist explained.

"Due to the introduction of prophylactic treatment with safe plasma or recombinant factors and also to the successful treatment of hepatitis C and HIV infection and a better supply of hemophiliacs in general, there was a significant prolongation of patients' life expectancy"she said.He pointed out that it is often difficult to secure a venal approach, to collect the courage and readiness for regular application.

What was the life of hemophilia once and what is it today, said the doctor Zlatko Čičigoj of the Hemophilic Society of Slovenia, who also prepared a press conference. "The memory that my life is very different from the peers reaches the early years of childhood. I had frequent bleeding in the joints, most often on both elbows and ankles. At that time, the treatment was completely different than it was today, since the affected joints were protected only from gypsum supportsToday, bleeding treatment is significantly more effective and, in its words, the life of hemophilia is significantly less obstructed and almost normal.

In recent years, modern hemophilia treatment has allowed life to be nearly normal with some limitations and adjustments, she also emphasized Barbara Faganel Kotnik of the UKC Ljubljana Pediatric Clinic. A new approach to the treatment of hemophilia by injecting the absent factor into the vein is particularly costly for children and, according to Faganel Kotnikova, a new biological medicine called emicizumab, which reduces the disease and can be administered under the skin only once a week, represents a major improvement in treatment. Following the drug's classification in the list of the Slovenian Health Insurance Institute, the new emicizumab drug will be available to a wider group of patients, a representative of the Institute revealed. Jure Mikolich.