Roglić is frank about his relationship with Nibali, the Slovenian heroes at home #video 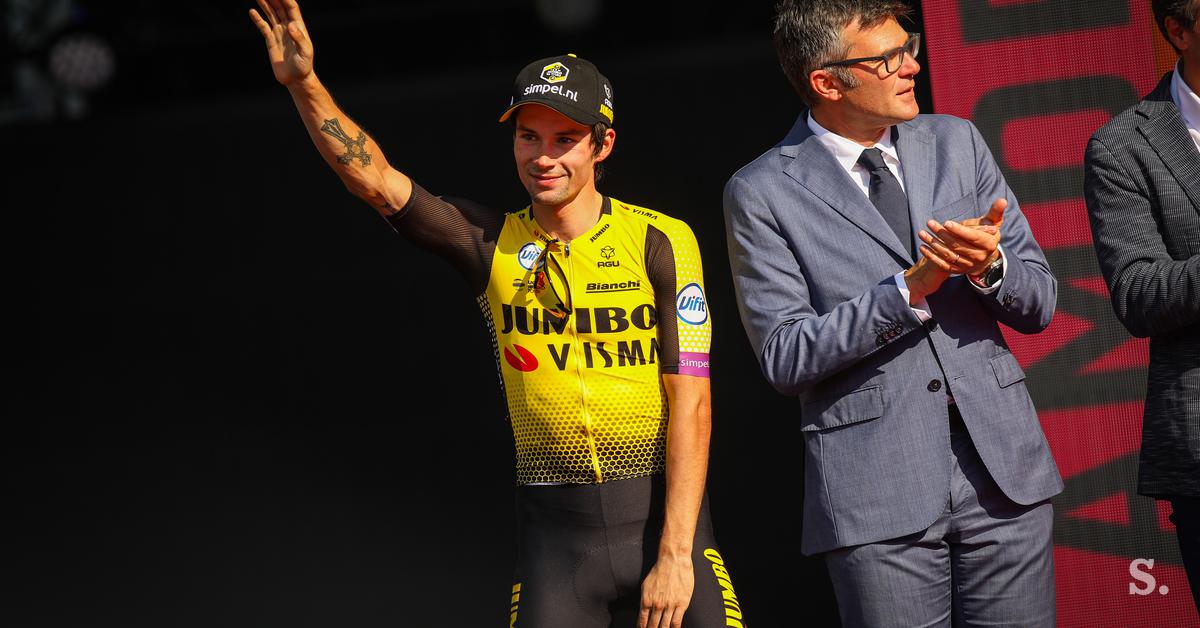 A reception for Slovenian cyclists Primož Roglič, Jana Polanca, who passed the Italian roads for three weeks, and Tade Pogačar, who won the race in California, were welcomed by Ljubljana City Hall. The crowd of supporters welcomed the Slovenian cycling troika, before which Slovenian cycling officials attended the press conference and reception with Slovenian President Borut Pahor.

On Sunday, a prestigious three-week Italian race ended in Verona Primož Roglič with third place finish, he wrote the history of Slovenian cycling.

"In the three-day race, things happen that you do not want, the hardest part is that after the 14th stage I was not feeling well anymore, I had a problem with diet and digestion, which caused me more problems in the next stages. Every day I had to fight against myself and try to squeeze what was happening. It was much easier with the support of the fans, "said Roglić at the press conference, who has visited the president of the state with his colleagues in cycling.

"It was a great honor for us to visit the president. Cycling in Slovenia is at the forefront, which I also felt with Jan in the last stages of the race in Italy," he said, adding that he was third in the race in Italy.

Nibali did not congratulate Roglič on the stage, but there are no problems between them

In recent days there has been much talk in Roglič's rivalry and Vincenza NibaliThe last drop was a move by an Italian rider who did not congratulate the Slovenian cyclist in the winning phase. "I have no problem with him, I talk to him normally, and immediately congratulated him and I spoke with the stopwatch, but I do not really congratulate him on the stage, but there are no problems between us, everyone is watching his way. Richard Carapso we practically did not communicate, we had much more contact with the Nibali, "said Kisovcani about the relations in the race in Italy.

Everyone was running against me so I would not win.

"It was probably a significant difference compared to the others that I was left alone at key moments." Everyone was running against me.That was the difference that everyone was afraid of me, that I was a problem. was racing against me, but it was harder because before the race we lost Gessinka and during the De Plus race. Both were the key men to help lead the slalom, "said the Slovenian champion.


The race in Italy claimed its tax. He's visibly tired, so it's still unclear if he's going to perform at this year's Tour, which was in the plan. Next week, Jumbo Visma will negotiate plans for the second half of the season: "We had a race in France with the team, but Giro took more energy than I thought." said Roglič, who will soon be tested in the role of his father.

Polanc achieved his goal, Roglič laughed when he talked to Pogačar about a three-week race

For the foreseeable future, Giro will remain in the memory as well Jan Polanc. "It's great to be home.I reached my goal, maybe I had a previous victory in my mind, but a pink shirt is something I still can not do." The captain's role was demanding, since the plans were made after I changed my shirt pink, I was happy to accept this role, our team was diluted, so I was always alone, "said Polanc.

There is not much rest in front of him. He will race in Lugan on Sunday, followed by a race in Slovenia where he will help his club colleague Tadej Pogačar, who won the success of his career in the California race with victory. "It feels good to be at the highest level of this race. I feel good on the team, we have mutual confidence, we are working together," said Pogačar, who also followed the race in Italy, not hiding the satisfaction. "I have been following and following our fingers all the time. I am happy and proud of my colleagues," said Pogačar.

When asked, when he will participate in three-day races, Roglić emerged at the end, and with his statement he laughed at all, and with that gave him the idea of ​​how young Pogačar is good: "Wait till we stop."

Giro began to dream about the Slovenian cyclists. In the prologue to Bologna, Roglič swallowed the competition and wore the leader's pink jersey, which deliberately left Valeriou Conti in the sixth stage. The team member from the United Arab Emirates was then captured by another Slovenian. Jan Polanc reached the big time with a run and then wore the pink shirt of the best for two days. In the 14th stage she had to pass the final winner Carapaz.

It was a great help for Nibali for the Bahrain Merida team Greek Bole, but he was not among the guests for the reception in Ljubljana.

All the Slovenian cyclists, however, had great support from the fans, especially at the conclusion of Gira, who came from the country. Roglić was the most understandable, which unleashed the new wave of Rogličmanie, as he was in the game for a joint victory. In the end, he had to satisfy himself with third place, which is the Slovenian cyclist's greatest achievement in three-day races.


Rogla's stress girlfriend, brought by Giro: I would not have a single day