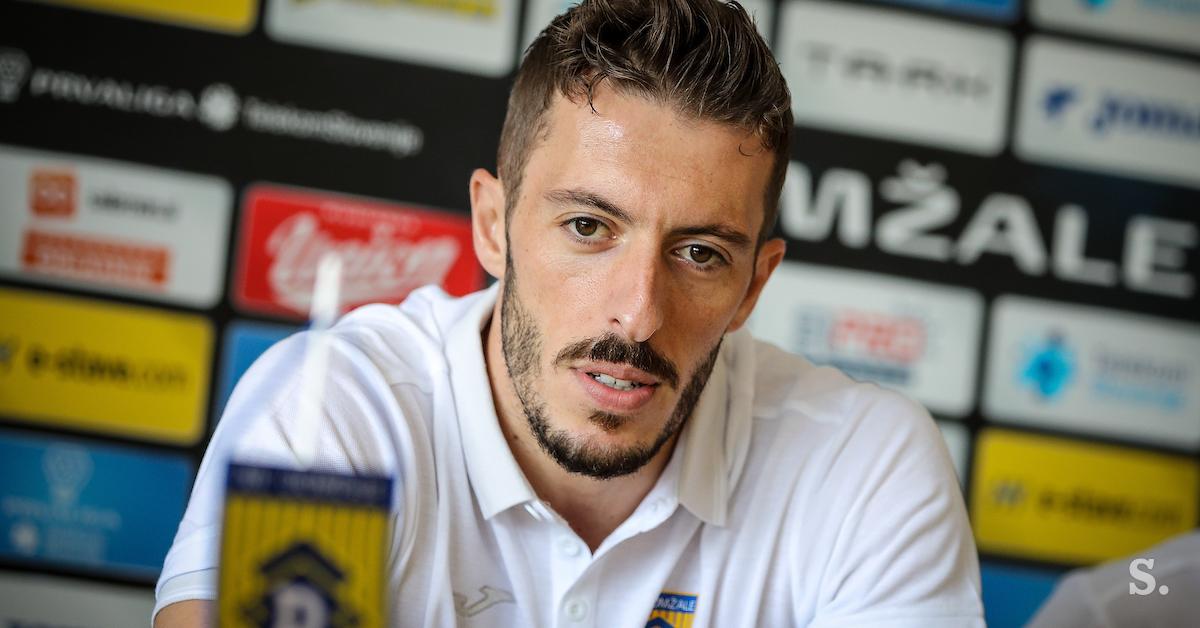 The clubs of the first division of Slovenian football entered a difficult era of preparation of matches. Champion Maribor will play with first Russian player Ahkmat, winner of the Olimpija Cup with Macedonian champion Shkendija, Domzale with third champion, Mura will be looking forward to Hungarian champion Ferencvaros in Fazaneros, who defeated Celjane on Saturday, while Triglav will fight with the best club in Bulgaria.

Coach of Maribor Darko Milanic several reinforcements. Among them are the most famous Slovenian national team (occasional) Rudi Požeg Vancaš in Rok Kronaveter.

Maribor players played in the opening match at Mozirje, where they defeated the same team with a 8: 0 win. Kronaveter scored the first goal in a violet shirt with a header after seven minutes, after which he scored in full Saša Ivković, Blaž VrhovecCaptain Marcos Tavares, Nino Žugelj, Aleksander Rajčević in Andrej Kotnik, who scored the first game in the NK Maribor jersey with just two hits. Požega Vancaš failed a duel due to health problems, and from the first minute a newcomer on the defensive line Špiro Peričić.

Violets have moved to Moravske Toplice, where they will move with the Russian and Polish first division. Today in Austria there is a duel with Akhmat of Grozny. The first player from Poland, Krakow, Krakow, is the only rival of Maribor, who will also play in Europe. The collection of Eastern European competitors will be complemented by Romanian champion Hermannstadt, and the rival for the general in the 2019/20 season will be confirmed shortly. Safet Hadžić, the trainer of dragons, will perform for the first time with Olimpija in the preparation game.
Photo: Ana Kovač


The ducks began preparations last Friday while the list of rivals at friendly meetings is dominated by those from countries that grew up in the foothills of former Yugoslavia. Among them are the Croatian and Serbian giants. Dinamo Zagreb has been the most successful club in this part of Europe in recent years and is also a representative of Slovenia. Petar StojanovićWhile on June 22 it will host the winners of the Slovenian Cup at the Maksimir stadium in the Croatian capital. The Partizan of Belgrade has been in the shadow of Red Star rivals in recent seasons. The black and white duel (July 6) will be the general for the season's entry, while the organizers of Stožice promise a football-musical show.

Olimpija will play the first game of the match against the champion of the Northern Macedonia Shkendija, which also includes the former Olympic athlete (as well as Maribor, Naphta and Domzale) Agim Ibraimi and the longstanding pillar of the federal type Domžale Zeni Husmani. The match will be closed, so it will not happen before the spectators. The closed type will also be played against Radnicki, the newly defeated Sochi and Tuzla City of Russia.


Hadzic with a new hairstyle and recipe, how to stay for a while as coach #video Olimpija


Domzale against third goalkeeper of Celje Simon Rožman and Ante Šimundža will continue to monitor the workforce at work today.
Photo: Sportal


The yellow men entered the new season with high goals and a strong reinforcement, defensive pillar Branko Ilic. My Favorites Simone Rozman the adrenaline rush was felt for the first time on Saturday when he moved with the club's youth team and beat with 3: 1. The session was weakened as there were only seven first categories (Senijad Ibričić, Amedeo Vetrih, Adam Gnezda Čerin, Rom Matija, Shamar Nicholson, Tonči Mujan and Krsevan Santini), and the defenders went into the shooting Tilen Klemenčičyour name Tilen Pečnik and an Austrian of 19 years Dino Musi, which is similar to Koprivnik is born on trial.

⚽️ | There is another friendly game in front of the team. This time, the rival will be the champion of Celje, who will be staying at 19:00. #skupajdovrha #plts #uel pic.twitter.com/1E0YDg1tPe

Today, a duel with Celje's third-placed goalkeeper will be followed, and the next big test will be on Saturday, as on the other side will be the Serbian Podržnik Radnički of Niš.

At the end of the month, Domzale will travel with the Bosnia and Herzegovina champion to Sarajevo.


Is alarming reinforcement a sign that Domzale will attack Maribor? On Wednesday, Hungarian champion Ferenvcaros will host Fazanerie, who beat Celje 2-0 on Saturday in the closed door of the Z & # 39; dežela stadium.
Photo: Sportida


Coach Mure Ante Shimundza he defended for the first time in a preparation game in Spodnji Duplek, where Mura overcame the player with the same name of 12: 0. After two hits they contributed Kai Cipot, Nino Kouter, Andrija Bubnjar (young Croatian girl is on trial) and Luka Bobičanec, they hit once Tomi Horvat, Aleksandar Boskovic in Matic Maruskoand the hosts also managed an autogol.

Today, Mura will be presented for the first time in Fazaneri, where the Hungarian champion Ferencvaros, from Budapest, will receive (on Saturday in Celje). With Ural, where the Slovenian defender is no longer playing Gregor Balažic, will go on Saturday. Similar to Olimpija, during the summer preparations with Dinamo Zagreb, Mura will move, and his competitor will be the first player from Poland, Krakow, who will test Maribor's strength before.


Šimundža hopes that they have been mentally restored, the European summer is approaching #video


You could serve millions, but only play for your soul


Celje entered the preseason with a home defeat against Hungarian champion Ferencvaros. The match took place behind the closed doors of the Z & # 39; dežela stadium. At the end of the month, Kosić's company will be on a demanding tour in Rijeka, where the Croatian Cup winner will be waiting for him. Igor Bišćana.

The Kidricians will begin their preparatory journey in the suburbs of Zagreb, and by the end of the month Kidric was expecting one of the biggest Croatian clubs, Hajduk Split.

The Velenites selected strong rivals during the preparatory period. On Friday, they will beat Moscow with Dinamo, who swallowed a new game with Dravograd a few days ago and filled their net (11: 0). Knapi will also move with the Cypriot Apoel champion, for which he plays the occasional Slovenian national team Roman Bezjak.

The gypsies will face the Bulgarian champion Ludogorci of Razgrad today in Bischofshofen.

The Bulgarians will not be the only competitors to qualify for the Champions League. The same goes for Cyprus APOEL, with which the carnians will move in Kranjska Gora. In Italy, the competition form will also be played during the game with the selected type of Oman.

The current champion of the second place will play in Rijeka on Friday, where he will face the Croatian championship and the winner of the Rijeka Cup. Next month will be the competitor of competitor Domžale in the introductory round of qualifications for the Europa League. In early July, he is expecting the challenger challenger, the Serbian Podržnik Radnički of Niš.

CherryBox24 footballers Tabor Sezana, who in additional qualifications crossed Gorizia's plans, announce an overwhelming occupation in which there should no longer be the best French marker Papaya Ibouja Kebeja, but there will be no new names.