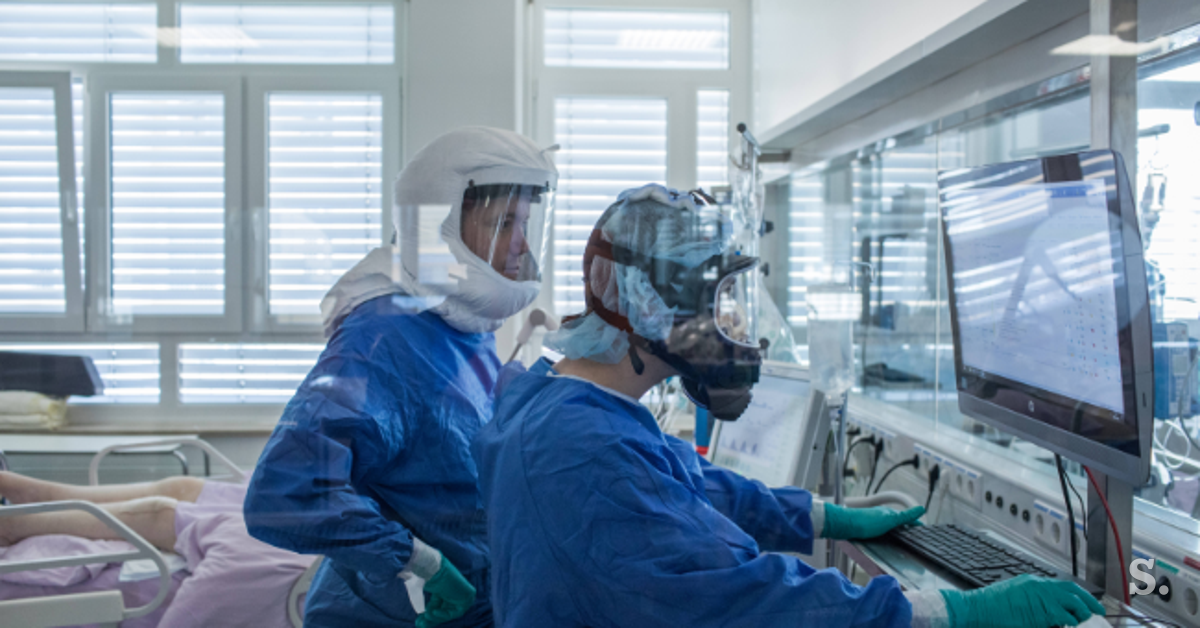 In Slovenia, 1,176 people were infected with the new coronavirus in 4,587 tests on Monday. This means that up to 25.64% of those tested were positive. 925 people are treated in hospitals, 146 of them in intensive care. 24 patients with covid-19 died yesterday. 57 people were discharged from the hospital.

Due to a slightly changed test method, data on infected people no longer show whether we are already at the top of the second wave in Slovenia. The best indicator of this is the number of patients admitted to hospitals.

Government speaker Jelko Kacin he said the number of infections is still growing, but that growth is no longer as sharp. It slowed down strongly in the last week, has reached its peak and is slowly descending. As can be seen from the data and the graph, the situation improved slightly in the last week of October. There are fewer infections in absolute numbers, and the proportion of infected among all tested has dropped significantly.

Encouraging data should encourage us to persevere in respecting and implementing measures. But the number of patients in need of hospital care is still increasing. Hospital care is needed for 925 patients and intensive care for 146 ounces. 11 more than yesterday. Yesterday, 24 people died, and a total of because of çovid-19 more than 400 people (412) have already lost their lives in Slovenia, added Kacin.

Yesterday, another 112 infections in nursing homes

As of yesterday, there were 112 more infected people in nursing homes, another 44 infected employees and, unfortunately, eight residents died, said Kacin.

The worst situation is still in Gorenjska, but the situation in nursing homes (DSO) is calming there, said the secretary of state for the Ministry of Labor, Family, Social Affairs and Equal Opportunities. Cveto Uršič. He added that they solve staff problems with the help of medical students, primary care health workers, new jobs … He thanked the help of civil protection, health workers, non-governmental organizations that help to resolve the situation in the place.

“Without dedicated people and the experience they have, the situation in nursing homes could be worse. Homes work well. They follow established protocols. They have the necessary protective equipment (on average for more than 3 weeks) ”, he added. According to him, the ministry provided 26 million euros of additional funds for DSO officials over the summer. 77 ODEs hired 118 new employees, another 114 were involved in work processes through public works. Students completed more than 30,000 hours during this period.

More than 1,100 patients have recently been treated at the Celje hospital

The acting director of SB Celje also attended the press conference Dragan Kovačić. As he said, 1,173 patients with covid-19 have been hospitalized since September 22, 257 have been treated in the intensive care unit. 39 patients died, representing 3.3% of all patients and 15.2% of patients in intensive care.

The range of patients who died ranged from 64 years, as many as the youngest patient was, to 95 years. In common wards, patients are on average 61 years old and, in intensive care, 70 years old. Twenty percent of patients come from nursing homes and are significantly better organized in this second wave than in the first. This has a major impact on reducing hospitals’ workload.

The Celje hospital has 3 covid-19 wards, a total of 89 beds and another 19 in the intensive care unit. Almost all beds are occupied. They currently have 177 nurses and 23 doctors on hospital on sick leave. As Kovačić said, the system is better prepared in terms of personal protective equipment and they have significantly less problems with the equipment than we had in the first wave.

“I am young and active in sports, but I thought I would not be able to overcome the disease at home”

Kovačić also contracted a new coronavirus. “I am young and athletically active, but I thought I would not be able to overcome the disease at home. Use all the weapons we recommend for you daily and avoid infections. Help us to endure, ”he said.

After Friday, number of patients in hospitals may start to fall

The effects of the latest measures (schools and restrictions on the transition between municipalities) are already visible, and the epidemic is spreading more slowly, said the head of the reactor technology department at the Jožef Stefan Institute in recent days. Leon Cizelj. According to the calculations made by them, the number of hospitalized patients will reach its peak on Friday, when there will be about 960 people hospitalized. After that, however, that number will begin to drop. In intensive care units, however, the peak can be reached a week later, when 245 patients are expected to be there. JSI estimated that about 90,000 people in Slovenia are currently infected, or every 22 Slovenians.

We can only stop the epidemic on our own

Today’s predictions were not published in JSI, but they wrote that neither models nor predictions will stop the epidemic, but our behavior, so it is important that we stay at home.