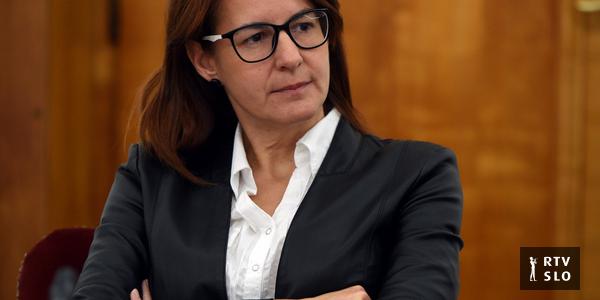 Because of the violation of the inviolability of the archives ECB– During the seizure of documents in the criminal investigation of the Bank of Slovenia's criminal investigation in July 2016, the European Commission has initiated proceedings before the EU Court against Slovenia. The Commission still has to file lawsuits, which is why their arguments to the Ministry of Justice are not yet known, but as they explain, they can conclude on the basis of activities.

The Commission's position towards Slovenia is unacceptable

The heart of the problem is related to the Bank of Slovenia's investigation into suspected criminal behavior during the rehabilitation of banks in 2013. There were different opinions on the definition of EU archives between Slovenian and European authorities. "Sthe European Commission's melting point would mean, in practice, that Yes the preliminary approval of the European Central Bank would be necessary for the investigation, which is unacceptable for Slovenia since it is crucial that the investigations are a surprise and the preparations should be kept secret,"they said in the ministry.

At the outset of the investigation the Slovenian police authorities tried for the first time several times to obtain the cooperation of the Slovenian management bank to obtain the relevant documentation but failed. Criminal prosecutors and prosecutors, in accordance with a court order, conducted a home search in 2016, during which they seized documents in physical and electronic format, the data contained in the central the Bank of Slovenia server and some hardware.

According to the Ministry, the Bank of Slovenia has only begun to invoke EU immunity and the inviolability of its archives during the internal investigation. The Commission interprets the concept of archives very broadly, Yes all documents, including the preparatory documents for the meetings, shall be provided ECBI liked protection. According to Minister Katičič, such a broad interpretation in practice would make it very difficult for any criminal investigation into the Bank of Slovenia, as well as other bodies that communicate directly with the European Union, which certainly can not be the objective of the EU.

Brussels also criticized Slovenia for violating the principle of loyal cooperation, чеш Yes the Slovene authorities did not constructive discussed with ECB– I Yes reconcile the inviolability of the Union archives with the nationally investigation. And, according to the minister, Slovenia can clearly show, Yes our bodies have ECBI have been actively trying to find a solution all the time and as a breach of the principle of loyalty this proves to be true ECBAs it seems Yes was always directed at stopping the investigation at the Bank of Slovenia.
Katic thus predicted, Yes Slovenia will carefully investigate and respond to the complaint upon receipt. Besides that, Yes the judgment of the EU Court of Justice will be important for Slovenia and its procedures for determining the circumstances for decisions in 2013, will also answer questions important to all Member States, are confident in the ministry.

"The case raises the question of whose benefits the European institutions are pursuing. The restoration of the banks in 2013 caused Slovenian taxpayers to bill billions of euros or more. thousands of euros per inhabitant, in recapitalization of banks to compensate for expropriated bondholders. It's imperative Yes the circumstances and liability for any irregularities or criminal offenses are duly identified and Yes the principle of socialization of losses in favor of private capital is clearly rejected,"they added in the ministry.