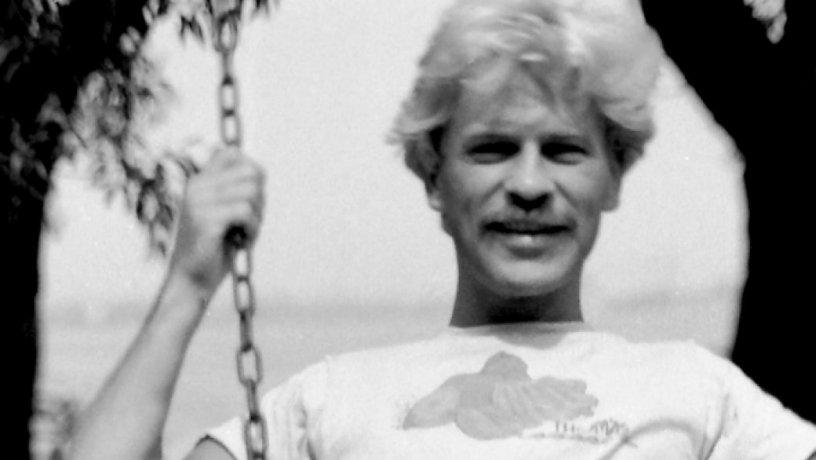 Today, HIV infection is manageable. If discovered early enough, it will never develop into AIDS, which is still a fatal disease. Because infection does not automatically mean the automatic death sentence in about ten years today, it is rare to remember the panic of the AIDS outbreak or the epidemic of that disease in the 1980s. Hysteria, especially in the United States, is prone to extremes, even determined the person who brought the virus to the United States. This is supposed to be Canadian Gaëtan Dugas, who died on this day 35 years ago.

At the time of the rapid spread of AIDS, a search for the culprit began, similar to many other health problems.

At the time of the rapid spread of AIDS, a search for the culprit began, similar to many other health problems. Of course the most obvious target was homosexual because they saw AIDS first and more massively. That AIDS in Africa, where it was much further and far from it today, spread mainly through heterosexual intercourse, in the early years there was no such important information. The catastrophic dimensions of the African epidemic did not know much, as there were usually, and the problems of other countries with countries dealing with the health of the population. In fact, the Western media also have little interest in health conditions.

Finding the culprit for the AIDS epidemic did not end only in one particular group, that is, homosexual men, but went into detail. So they even found a precisely defined human who should bring HIV to the United States, where AIDS as a consequence of homosexual infection on the West Coast and New York was first noticed. This man should be commissioner Gaëtan Dugas, a Canadian from the French-speaking part of the state, Quebec.

Since 1972, when Gaëtan Dugas became sexually active, it was only in North America that he had more than 2,500 sexual relationships.

Long ago, he was born in 1953, he was not a random choice. He was extremely sexually active, as he apparently had hundreds of sexually transmitted men each year. Since 1972, when he became sexually active, he had more than 2,500 sexual relationships in North America alone. And most importantly, Dugas worked on airplanes. That means he was out every day somewhere else and furthermore he was able to charge for free or for a little money even in his spare time. He used mostly for sex explorations.

The term "patient zero" is derived from a study by the American Center for Disease Control and Prevention (CDC). In a survey of the behavior of homosexual and bisexual men in California and New York, among whom an unusual but deadly disease was occurring, the first half of the 1980s found that many patients had sex with Canadian stewards. Researcher at CDC William Darrow, who studied cases in Los Angeles, California, marked him with the letter O, which meant he was not from California ("out of California").

The research was published in the spring of 1984 in an important medical journal The American Journal of Medicine. However, at the time, patient O had already been renamed to zero (in English, "patient 0") and with the name that was quiet in the ear, a myth of broken pediatrician, which brought American homosexuals. He should have been infected during one of his trips to Africa or perhaps to Haiti, where African immigrants brought the disease.

To date, it has been established that Dugas – due to kidney failure as a consequence of AIDS-related infection – died this day 35 years ago – was certainly not the first American patient with AIDS. The myth was probably based on the fact that Dugas told the researchers the names of many of his sexual partners. They remembered that they actually had sex with him, mainly because he had an unusual name and surname that they remembered. Dug's partners then forwarded their partner names. Like some other patients, who apparently also had more than a thousand sexual partners, could not or did not reveal their names to CDC researchers, the Canadian was associated with a disproportionately high number of patients.

The second and possibly most important source from which the zero-patient myth was fed was a very successful book on the AIDS epidemic in 1987.

The second and possibly the most important source from which the myth of a null patient was used was a very successful journalist's book San Francisco Chronicle Randy Shilts And the band touched on politics, people and the AIDS epidemic (Caravan continues: politics, people and the AIDS epidemic) of 1987. In it, he mainly criticized the conservative president's policy of the USA. Ronald Reaganwho, because of the belief that AIDS is a divine punishment for homosexuals, responded very late to the onset of the disease, allowing it to spread rapidly.

Shilts was also homosexual. The diagnosis that he was infected with HIV was placed after the book was published in 1987, and in 1994 he died. Much of the book was dedicated to Gaëtan Dugas. He wrote that he was directly or indirectly associated with at least 40 of the first 248 AIDS cases in the United States and that even knowing he was infected did not abandon his irresponsible sexual habits.
Because the book was highly acclaimed, Dugas became the main culprit in the AIDS epidemic among American homosexuals. Shilts did not say Dugas brought HIV to the United States, but wrote that he had "a decisive role in spreading the virus" from one US coast to another. Flight Stewart has just proclaimed newspaper book reviews for "Kolumba viruses", for example, influential magazines National Review in Time.


There seems to be a connection between the zero patient and the most famous AIDS victim, the lead singer of rock group Queen Freddie Mercury. PHOTO: Work Documentation

In the author's book Matt Richards in Mark Langthorne discover the connection between Mercury and Dugas. The men apparently met several times and apparently even had a common lover. The authors did not say that the English singer had infected HIV with the Canadian, but the text was eloquent enough. After the book was published, they denied that she would have anything in mind.

For HIV, it is believed to have reached people in Africa in the early twentieth century. It is probably a mutant form of a very similar virus in chimpanzees, whereby jungle animal hunters were infected with monkey-cut. Since it takes a long time to develop the disease from the infection, for the reasons mentioned above, no one noticed AIDS in Africa, they spent decades before discovering an unusual new disease. Of course in the West and not in his homeland of Africa. AIDS cases have surfaced in the United States before even Dugas embarked on his diversified sexual route. The virus was not confirmed as the causative agent of the new virus in 1983 in France.

In the United States, the first highly probable case of AIDS deaths was recorded in 1969.

In the United States, the first example of AIDS deaths was recorded much earlier. Or at least one very likely case. In 1968, a hospital in St. Louis, Missouri, Massachusetts, USA, adopted the 16-year-old Robert Rayford, who has been plagued by unusual health problems for two years. The immune system was destroyed and died in May 1969 due to pneumonia. Doctors did not know the cause of their problems. At the autopsy, Kaposi's sarcoma, which (very rarely) was found in older people by gender Eastern European Judah or the Mediterranean.

When AIDS was expanded in the 1980s, frozen samples of the Rayford autopsy were tested for HIV for previously unexplained symptoms. They found proteins that are typical of HIV-infected samples, not the virus itself.

The biggest problem with Rayford, if he really died from AIDS-related problems, is when a teenager who has never been to New York, Los Angeles or San Francisco, where AIDS was first noticed in the United States, has been infected. St. Louis was then an important center of the international aviation company TWA. Doctors presumed Rayford was the victim of sexual abuse or child prostitution, so he could infect one of the passengers from other parts of the country or the world. Because the boy was discreet, almost nothing was taken from him except that his uncle died three years before his health problems, similar to his.