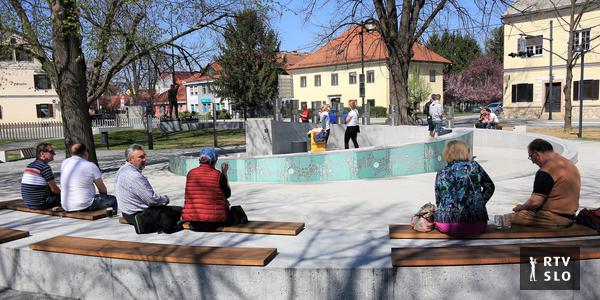 In the fountain, beer will be served from six taps, the novelty of this year is that a beer will be from Savinjskoshale regionsit is a experimental beers to be welded by the Institute for Hop Hoping and Brewery of Slovenia based in Žalec.

Visitors to the fountain will also have two additional tons of wine tasting and a souvenir with a bottle of local beer and a fountain pitcher next year. From May, they will be able to participate in gastronomic and cycling tours and, from April, they will receive a sad email.kothe museum watched the movie Virtual the experience of green gold. Events close to the source will also be enriched with various events and events this year.

According to Žalec Sabina, head of tourism at the Institute of Culture, Sport and Tourism of Žalec at today's press conference PalirIt has sold 145,000 mugs since the opening of the fountain in September 2016, representing 80,000 liters of Slovene brewer's beer. In the last three seasons, there were 33 different brewers from 25 Slovenian brewers.

At the end of July Žalec will host the 57th Hop Hopp International Congress, together with Ljubljana. This has been happening for two years and is attended by hop growers from 20 countries from all continents, hop merchants, brewers and hop specialists.