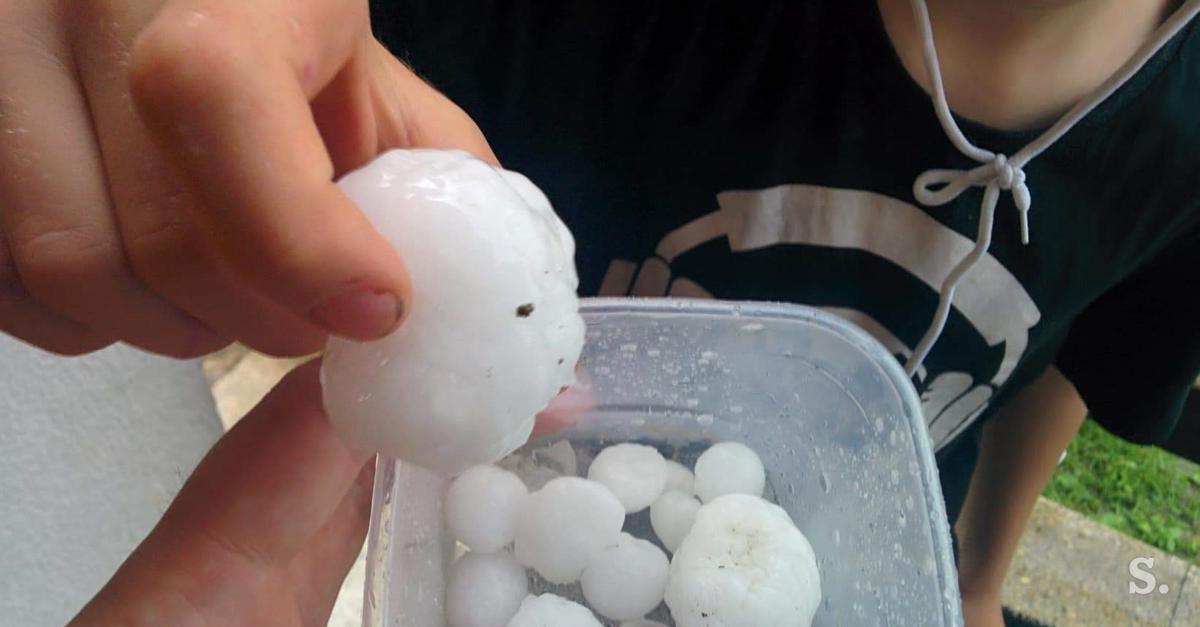 Meteorologists warn that the heat will break in the afternoons and evenings at night with storms and hailstorms. At around 2:00 p.m., Arso issued a red alert to Ljubljana and its surroundings, but then canceled it with an orange warning. The Orange Warning also applies to the Notranjska and Upper Sava regions. Meanwhile, they already report that the storm brought hail today.

These are the photographs of hail that fell this afternoon in Ig. As illustrated in the photograph above, some of the iceball specimens today are essentially large in size.

Stronger thunderstorms announced in the afternoon and evening

And what time are we waiting for in the next few hours? The afternoon and evening will be partly clear with variable cloudiness. Local storms will develop in the interior of Slovenia, some of them will be even stronger. What will be possible at night? The weak southwest will be blowing.

Strong storms develop in Central Slovenia. You can monitor the probability of the current hail creation in the radar image analysis https://t.co/INnwcPzhya. We are grateful for any report from the field. #trenutnovreme There will be local storms in Slovenia today, and some will also be stronger.
Photo: Arso

We issued a warning against strong thunderstorms for this afternoon. (I.e.
We are with Brane Gregorčič in #ARSOpodcast explain the current weather situation: https://t.co/5YtUmPlvVA
Follow the alerts: https://t.co/WA5JOfXbtS
and radar image: https://t.co/UiQ7WFqmzn


The storm devastated parts of Germany and the Czech Republic

On Wednesday, no storm is excluded, Thursday and Friday will be hot

On Wednesday, it will be clear that there will be no storm in the afternoon in northern Slovenia. The wind will blow south to the east wind. The lowest morning temperatures will be from 13 to 18, at sea around 20, the highest daily from 27 to 32 degrees Celsius.

On Thursday and Friday it will be sunny and warm.