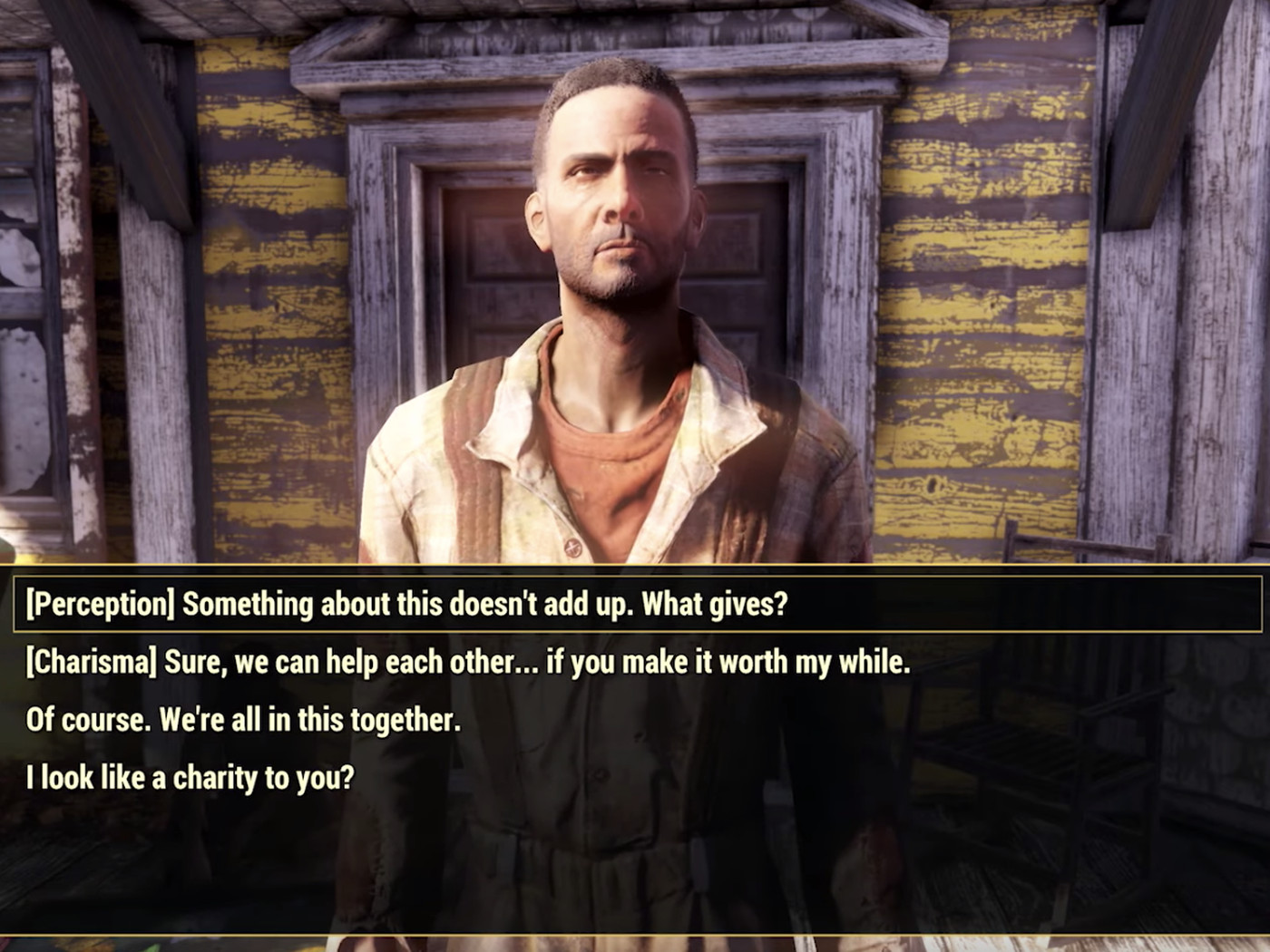 Ah, this Bethesda. That alone can develop a semi-finished product that sounds like Fallout 76, and later a great update that adds human settlers, dialogues and, indeed, storm. This was all part of the experience since the first Fallout, but we let it go.

Fallout 76 will receive a new update, called Wastelanders. If the first year was marked by the settlement of abandoned settlements, the second year would signal the return of former inhabitants to Appalachio.

Players will finally be able to meet the human population and talk to them through a selection of different dialogues. There will be two different fractions, namely the Settlers and the Hunters, each of which will give us various assignments, brackets, and weapons.

The good news is that this fair processing for existing customers will be totally free. In addition, the developer announced a completely new mode of multiplayer, Nuclear Winter, which is nothing more than a real good old battle.

52 players will be picked up on the map by the boss of Vault 51 and the winner of the billing will become a Supervisor. Nuclear Winter will introduce some of its subsidiaries in a "normal" way, such as building bases and some "Scorch Beast".

Nuclear Winter will also be a free addition to the game, which will be free for testing this week. Med June 10 and 17 Fallout 76 will be able to test completely for free, and Bethesda hopes to attract some player during this period, which will deduct the money for the full version. During free time, you can test both the basic game and Battle Royale mode in Nuclear Winter mode.

Renovation Wastelanders will reach autumn 2019, and below you can see what is waiting for you in a processed game. Maybe Bethesdi succeeds in Fallout 76 of the dead?