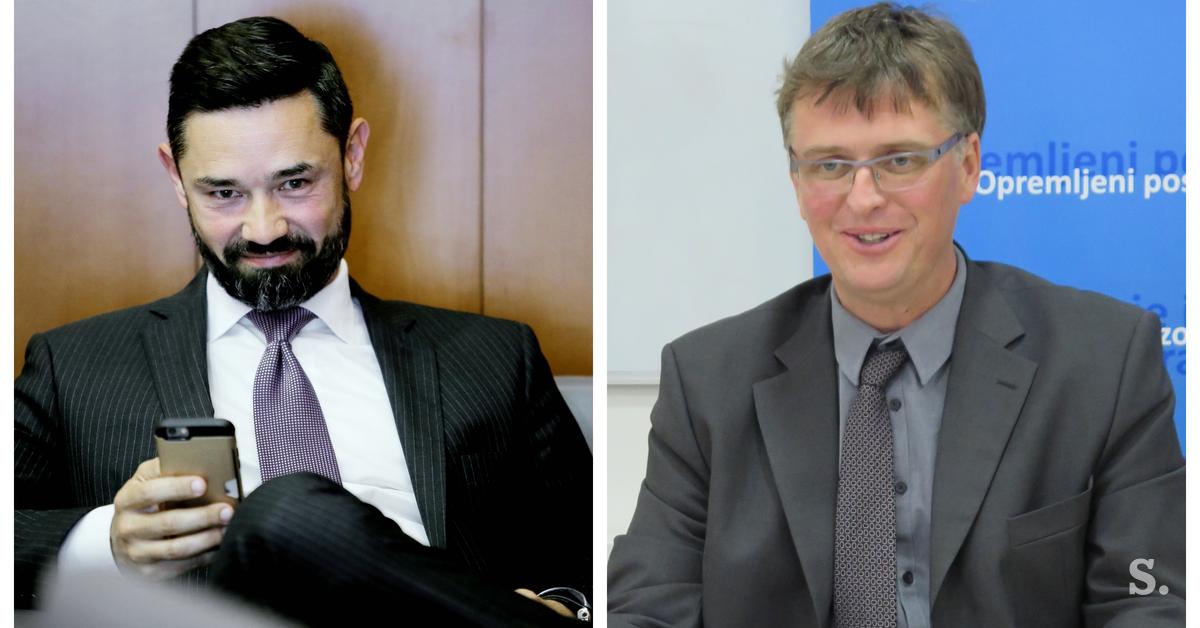 As Janko Medja and Jaka Vadnjal, the first supervisor and head of the Lon Loan board, jointly worked out plans before the assembly, where they were threatened with layoff, and what is wrong with that?

Last year, the owner of Kylin Prime Group, the Irish Financial Fund, owned Lon, Slovenia's second-largest bank, which purportedly manages the money from Asian investors. In Slovenia he is represented by a well-known lawyer Miro Senica. The new majority owner, Lon, is now awaiting authorization from the Bank of Slovenia to take over the savings bank for nine months. The procedure, which according to the Banking Law should not last more than two months, has been postponed since the Bank of Slovenia has requested several changes to the application.

In the struggle for Lon, where the board of directors and the supervisory board of the Savings Bank played a key role, all funds were obviously allowed. The documents we received from the editorial board of Siol.net disclose the following.

The independence of the supervisory board from management is the basis of modern corporate governance, since its members are accountable to the owners. In the same way, there is a close interaction of supervisors and managers with a practice that may be contrary to banking law. As one of the primary duties of members of supervisory boards, it determines compliance with the highest ethical standards of governance, taking into account the prevention of conflicts of interest. The purchase of shares of Lona was regulated by the lawyer Miro Senica, who in recent months was one of the main participants of the events in Lon.
Photo: STA


For this interweaving, the personal benefits could also be hidden. Janko Medje, who played a key role in defending Lon's administration, left at the end of last year Joca Pečečnika as director of his company Elektronček and took over the management of the international startups company Leanpay, based in the UK, which markets online shopping technology. The penetration partner in the region found what was on Lone, sponsoring some of their campaigns. Lon also opened bank accounts.


Miru Senici says well: there is no more damage between the owners of the bank


"The most important is our accountant"

As it is known, the fight for Lon was canceled early last year when the owners of the savings bank were divided into two camps. On the one hand, there was a group of shareholders in which the owner of Kolosej played the most important role Sergei Racman. They have already warned about unsatisfactory business results and alleged wrongdoing in the savings bank. On the other hand, the shareholders who supported the Lon.

In May 2018, the Shareholders' Meeting decided on the fate of Vadnjala and Medje. On its agenda, there were two key points: the appointment of a special auditor to review the operations of the Lona administration and the recall of the Medja-Ličen link. To assume the Fiscal Council, Racman and the other shareholders would need 75% of the votes. Kylin agreed on the purchase of more than 50% of Lon's shares, among others, financier Sergei Racman (pictured), bettor Joze Kojc and a few other local entrepreneurs.
Photo: STA


Documents testify about how Vadnjal and Medja were afraid of their positions. In the weeks before the assembly, Lonas played scenarios and how to overcome the opposite field. They added the voices. "The most important of an accountant of ours 🙂 should be more than 50% in the general meeting," Medja said in one of the documents. Two of the most important shareholders were referred to as "Stormers". A group of shareholders led by a well-known Slovenian businessman Otmar Zorno, which controlled from 20 to 30% of Lon, was called "old boyse."


Fighting for power in the savings bank: The Bank of Slovenia sends detectives to help

They even chose the future members of the Fiscal Council. About Andrei Baričič, former director of UKC Ljubljana, Vadnjal was convinced that "he is crazy enough but also independent enough to call him, and I believe he would" hit "us." They even questioned whether "Robert (Ličen, member of the Supervisory Board, Op. A.) is informed" of what is happening and "or maybe he has some kind of time up his sleeve." "At night, I am accessible if there is a need to create any conspiracy," Medj said at Vadnjal.

He also instructed the Medical Assembly to state publicly that the extraordinary review of the business was unnecessary, documents were revealed. "I hope our supporters will also support the proposal for an extraordinary review to save 50 years," Medja said a little later. The trainee also asked him to carry out the vote on the supervisory board, which was then divided into two parts.

In his defense, the Bank of Slovenia also helped Vadnjal and Medja. The documents reveal that Medja informed the first man of the Lono administration about a letter with which the Bank of Slovenia limited the voting rights to three companies owned by Sergei Racman at ten percent, although this information was not public at the time.

It is worth recalling again that Medja in Lon took the initiative of the Bank of Slovenia as Chairman of the Supervisory Board. Last July, that is, two months after Lon's meeting, she issued a ruling in which Racman and other shareholders were charged with coordinated action. He made them available one day to reduce the share sale and Lon's stake in less than ten percent. Since they did not, they deprived us of the right to vote. 
Win with the help of the Bank of Slovenia

In the end, Medja and Vadnjala succeeded. That is, Racman's camp was out of the voting for Lon's tenure. At the general meeting, they collected only "68%", which was less than the 75% threshold needed to reinstate the supervisory board.

Shortly thereafter, the Kylin Prime Group took ownership of Lon with the payment of additional capital. While the Bank of Slovenia (rightly or wrongly) acted against Racman, KC was surprised when the Kylin Prime Group exceeded the ten per cent legal limit. At the Bank of Slovenia, the procedures in progress are not commented on. It is not known whether the new owners have difficulty proving the origin of more than a purchase price of ten million dollars for the purchase of Lon. None of those involved was willing to comment.

We also contacted Vadnjala to comment on events in the days leading up to the last General Shareholders' Meeting last year when, together with Medja, they organized a group of shareholders to support their views. He said he did not know anything about it. He recalled, however, that the Bank of Slovenia (in Racmanova, op. P.) found a concerted action and deprived the voting rights of the group of shareholders. "With Mr. Fear, in my opinion, we are in good business relations," Vadnjal said.

They could not remind us of explanations. The Bank of Slovenia will act on the basis of our current disclosures, it will be clear in the coming days and weeks.