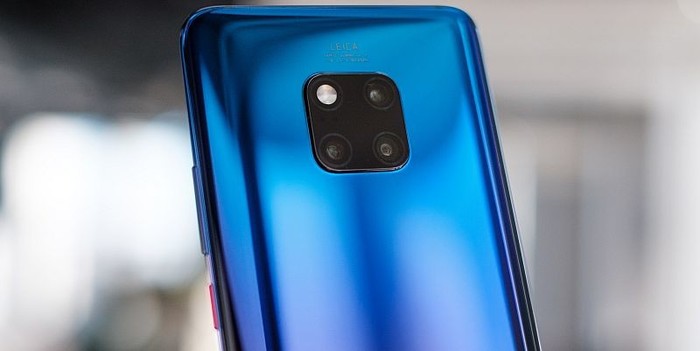 Artificial Intelligence is the most important topic in the world of technology. It is increasingly present in our daily lives, as it can be found in cars, homes, computers and even smartphones. Experts estimate that by 2020, 80 percent of smart phones will operate on the basis of artificial intelligence, and the bearer of this trend is Huawei.

Analysts predict the artificial intelligence market will reach $ 89 billion by the year and will grow 12-fold from the $ 7.35 billion expected this year. Currently, most of the revenue comes from the application market, but the outlook clearly shows that artificial intelligence will transform the entire industry. While some skeptical opinions about the impact of artificial intelligence can be found online, scientists argue that fear is superfluous. In your opinion, we will not be robots
they will be enslaved, but they will help us and facilitate many tasks. Both in homes and in different places of work.

Slovenian scientists have been working with artificial intelligence for more than four decades
In Slovenia, the Jožef Stefan Institute is the leading organization in this field, where artificial intelligence research began in 1972 and, a few years later, the Artificial Intelligence Laboratory was established. Not long after, they began to research this interesting field at the Faculty of Electrical Engineering of the University of Ljubljana, where in 1981 they founded the first laboratory. Both laboratories worked under the guidance of academic prof. Ivana
Bratka, and then spread to various research departments, operating within the Department of Artificial Intelligence of the Faculty of Computer Science and Information Science of the University of Ljubljana.

According to the Information System on Research in Slovenia SICRIS, there are currently about 30 active research organizations in the field of artificial intelligence, of which the Jožef Stefan Institute is still predominant. They tackled things seriously at the Universities of Ljubljana, Maribor and Nova Gorica and at the Institute of Chemistry and some companies dealing with information and communication technologies.

Great power in a small package

Lately, we can witness great achievements in the field of artificial intelligence in the world. From automakers to multiple robots and computer programs that outperform man in many games. A big move is also occurring with smartphones. Credits for this go mainly to the development of electronics. The processors are becoming smaller and smaller and have an increasing capacity. The winning combination, of which there are mainly small devices like phones. Algorithms that are
For the operation of artificial intelligence, they are very complex and require a lot of computing power, which until recently was not available for such small processors.

For the advent of artificial intelligence in our pockets, it is definitely one of the most deserving of the second largest smartphone manufacturer in the world, Huawei. For Huawei, the first ice stop lasted last year with the Mate 10 Pro phone and continued this spring on the P20 Pro phone. Both phones were powered by the Kirin 970, which was based on artificial intelligence. An even bigger step is your latest Mate 20 Pro, equipped with a more powerful Kirin 980 processor.
of its predecessors, which were equipped with a neural processing unit, contains up to two.

A phone that sees the world

The dual power of artificial intelligence comes closer to the camera. The latter is able to identify different scenes and automatically adjust the configuration parameters. In this way, the perfect beginner can also capture an ideal photo, which fully captures what is happening in front of the lens. Artificial Intelligence in Mate 20 Pro helps you sharpen faces and create a beautiful portrait photo with a blurred background, highlight the colors of the sunset, align the curved horizon, revive
and illuminate the night shots and so on. He also comes to help with t. i. macro photos or pictures from nearby recordings. The Mate 20 Pro is capable of capturing a sharp picture of the subject, even when it is only two and a half inches away from the lens.

It is especially important to mention the HiVision feature, which works on the basis of artificial intelligence, and serves to identify the objects in which you direct the camera. That way, you can translate text simultaneously with your phone, find a specific item on the web and even check how many calories your food contains in your dish.

The Leica camera is composed of three lenses. Core with 40 MP resolution, ultra wide-angle resolution of 20 MP and telephoto with resolution of 8 MP. The latter serves for optical enlargement, that is, an enlargement in which the loss of photo quality is practically nil and very small. The sensor provides a 3x optical zoom or 5x hybrid, with optics supported by processor processing, which artificially raises the quality of recorded photos. The final quirkiness is ultra wide-angle
a lens that lets you capture a broader perspective of the environment and add photos to space and a three-dimensional effect.

The processor automatically adjusts to user habits
As already mentioned, the artificial intelligence core is the latest Kirin 980 mobile processor. It is built on the advanced 7-nanometer technology, which, compared to the predecessor Kirin 970, offers 20% higher performance and processor efficiency 40% better. The Kirin 980 is the world's first mobile processor that uses the Cortex-A76 core. It consists of two extremely large nuclei, two large nuclei and four small nuclei. This processor, together with artificial intelligence, makes it possible
optimum allocation of system resources, while ensuring faster operation and better battery life.

The battery can also be said in superlatives without mentioning artificial intelligence. The Huawei Mate 20 Pro has a large internal battery of 4200 mAh and SuperCharge technology supports fast charging of 40 W, which recharges the battery to 70 percent in 30 minutes. It also supports 15 Ch Charge Charge Charge, which is the industry's fastest wireless recharge solution, and a reverse wireless charging that allows you to use your phone as a rechargeable battery. That's right.
users can also use the phone to charge other devices that support wireless charging through the Qi standard.

With all these powerful components, Mate 20 Pro represents a small real computer capable of performing each task. Of course, this capability also requires adequate protection. That's why Huawei has incorporated an advanced Face Detection System based on the 3D camera on Huawei's latest handset, and can identify the face in just 0.6 seconds, and the fingerprint reader is "hidden" below the screen.