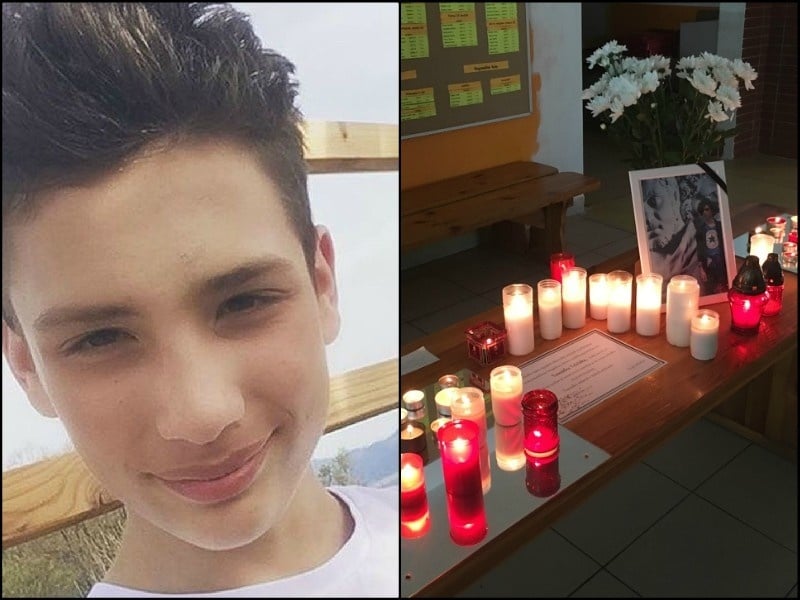 Brutal murder shook Žilina. According to initial information, the unknown perpetrator had to enter the apartment under the pretext that he was an electrician and went off the clock. He should have attacked Judith for 16 years. At that time, her friend Tomáš was also in the apartment, defending her from the alleged assailant. The attacking man should have been angry and killed him with his knife. However, according to our information, a more likely version is being worked on in that everything could be different.

Everything could be different

We managed to find out that the scary incident could have happened quite differently from what was initially said. According to our information, the police are already working on another more likely version, according to which the third person was not at the scene of the crime. Unofficial sources of police and neighbors confirmed this. Tomáš succumbed to the consequences of 21 stab wounds.

According to our information, the police have calmed the neighbors that they need not worry and there is nothing threatened by them. This is confirmed by the neighbors of the young couple, who consider the version unlikely with an electrician. However, Judith and Thomas were decent and never had a problem with them. Police have not officially provided further details about the case.

They lost their big plans.

The school went into mourning. There is a black flag at the Warsaw Grammar School in Vlčince. Colleagues will never see their beloved Thomas († 16), who died of an assassin. Police and ambulances arrived at the scene. The young man, however, could not be saved. The young woman was taken to the University Hospital of Žilina by an ambulance.

Both went to the same class and were very close. According to her classmate, Tomas and Judita were to go to London on Friday night. He came up to her to agree on the details and agree on the things he had.

Classmates are frightened by the bloody drama and can not believe their beloved classmate is no longer sitting in his classroom.

The police ordered an autopsy

So far, according to official information, law enforcement officials are still at a dead end and the perpetrator escapes them. "The police have been working intensively on the deployment of forces and maximum resources since they received the notification of the case and carried out all necessary acts and measures under the Criminal Procedure Code to clarify the act and determine their legal qualifications." They said the morning after the tragedy The inhabitants are afraid.

Police also reported that an autopsy was ordered to determine the cause of the young man's death. However, at the moment, they are not known on their part.