The Czech actor's darkest moments: I was thinking of the worst! 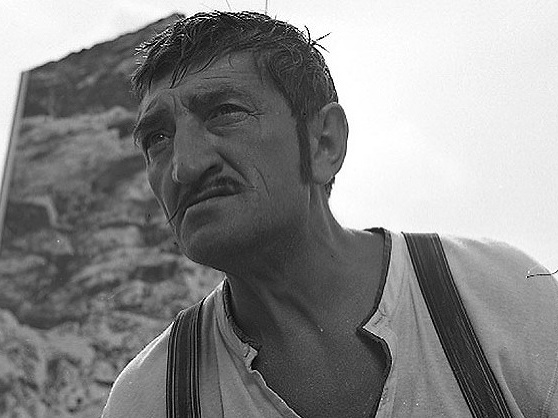 Karel Effa was born on May 23, 1922 as Karel Effenberger. He was an illegitimate child and, as he later revealed, his mother wanted to get rid of him first. Finally, she did it after childbirth – she gave Karel to others. Later she came to him, but there was confusion in the baby's head and Charles could not get used to it.

And when he came, the war came. At 18 he enlisted and went to Italy to fight. After performing at a military cabaret, he knew he had found his passion – acting. He appeared in more than 80 films, but they were secondary characters. His appearance usually predisposed him to negative roles. Many even say he was the ugliest Czech actor. "As the Lord God did not help him much in his face, he had a greater and more beautiful soul" actor Ladislav Županič said.

Although Karel Effa was in vain waiting for a big role, he was memorable in all the films, even in a small role. He performed in films such as Proud Princess, Princess with Golden Star, Baron Munchausen, Lemonade Joe or Horse Opera, Crazy Sad Princess, Four Murders, Sweetheart, Sir, You're a Widow, Night at Karlstejn, Adela Not Evened, Perinbaba .. .

Effa loved the stage, but despite being a comedian, he did not like improvisation and always kept the script. He liked precision and order. When he had to leave the theater, it was a blow to him. "All those long years, I was in the morning for the tenth time – and suddenly I looked at the wall. I admit I was thinking the worst then" he revealed to his colleague in a letter.

Luckily, the actor did not commit suicide and later had a chance at another theater. Eventually, it became a malicious cancer. She took her life on June 11, 1993. That year, the Arab series returned to where Effa played for the last time.