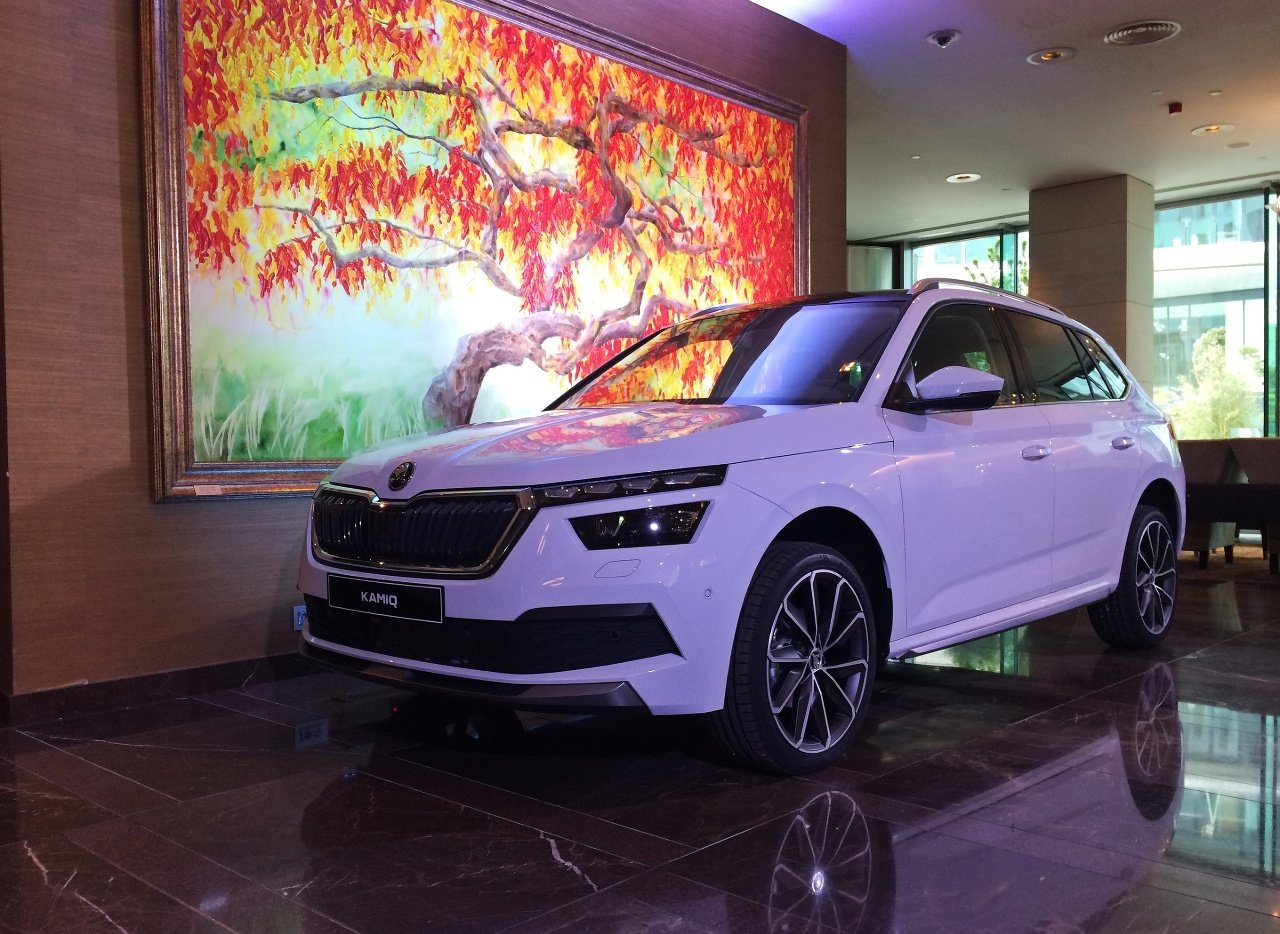 Skoda Kamiq arrived in Bratislava just a few days before the show's official debut. It is a prototype

The sale of the new Škoda Scala hatchback has not yet begun, we can admire the crossover coming out of Scala. His name is Kamiq and he makes good first impressions.

If you're also convinced that the new Kamiq is coming out of SEAT Arona, you're wrong. Kamiq is a crossover derived from Scala and Arony is so different that a car on the same platform can be.

All these cars, along with SEAT Ibiza and Volkswagen Polo and T-Cross, are on the same platform. It is called MQB A0 and shows the admirable skill of the group's engineers. On the same foundations, distinctly different vehicles are created with their own character and their own specificities. However, they all have the same infotainment technology, the same engines, transmissions, lights and almost identical high passive and active safety.

But let's go back to Kamiqu. By the way, the European Kamiq, besides the name, has almost nothing to do with the one presented to the Chinese public last year. European Kamiq will be on the market this fall and now I can write that it will be a success. Maybe even bigger than Scala.

The reason? The first is proportions. Not so visible in the photos, the effect will only appear live. Kamiq is the link between the Scala low hatchback and the compact Karoq SUV. Then, from the outside, Scala is raised inside. However, not just the chassis, but all the parts. The result is Scala with a more aggressive design, but with lots of internal space and a host of modern technological resources.

I even have the first impression of Kamiqu so good that Kamiq will come to me better than Karoq. Not only is it newer and has latest technology. But also for not being a thoroughbred SUV. Instead, a cross that aligns quietly with a raised property. True, all the wheels. Kamiq can not do that.

In the booth, I was more satisfied with the session. Seating like the Scale with excellent lateral orientation, with long seats but also with a very good upper back anatomy – the backrest supports the upper part of the spine so that tight headrests provide excellent support even when neither Karoq nor Kodiaq can .

In the second row, there is enough space, even if the same passenger is sitting behind a driver with a height of 190 centimeters. Only 190 centimeters can be considered the height of comfort sitting behind. Of course, it all depends on the driver's convenience, but a well-shaped panel allows you to move your seat closer without the knees suffering from lack of space. The luggage compartment is also suitable. The damage is a bit sad, because you can not be proud of the greater, as is the habit. But even this trunk is more than enough.

Overall, Kamiq is surprisingly balanced. I like a longer nose, sitting behind the wheel, which is neither too tall nor too loud, but still pretty sporty, but the driver does not suffer from the lack of overview.

Then Scala and Kamiq will be available to visitors to the Bratislava Motor Show. However, the Kamiq is only in a prototype position, so that visitors can not enter. So I suggest you go to the gallery or live in Scala. It's almost the same. At least with regard to internal dimensions (Scala has a few millimeters in length for good), quality of processing, materials and infotainments.