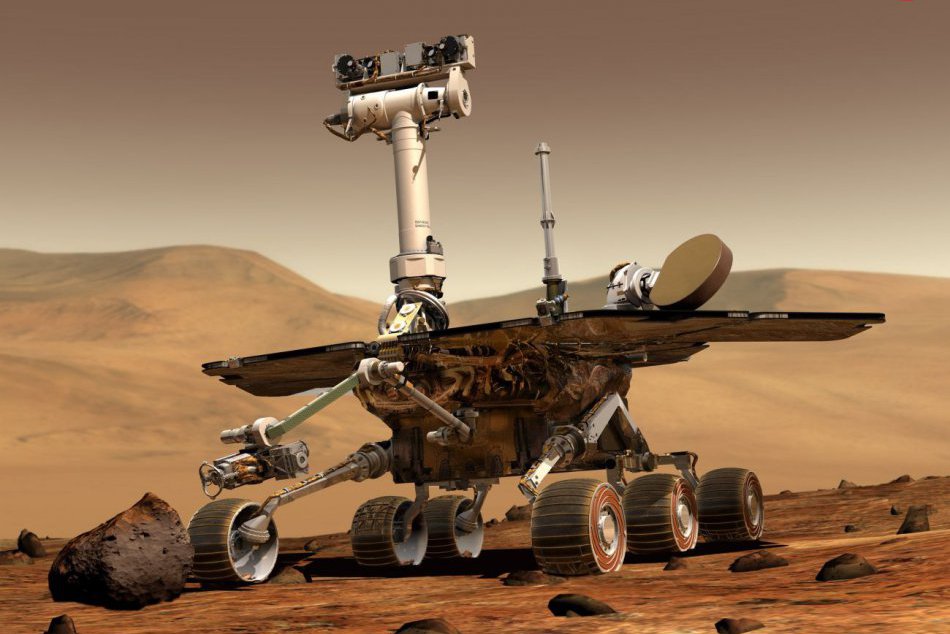 She had been interested in the universe since childhood. Perhaps, like all children, she was fascinated by the black holes that are among the most complicated topics in astronomy.

Science recognizes the universe and the solar system is improving, but it is harmful
that he focuses heavily on pragmatic goals such as the Moon, Mars
or asteroids. Big surprises can wait for humanity not only at the end
The solar system, but also on nearby planets like Venus. Jana
Plauchová, astronomer of the Regional Observatory and Planetarium M. Hell in Žiar nad
Hron and also author of several science fiction novels, he claims
in an interview.

As you came to the profession of astronomer, what led you and
fascinates in space?

"I have been interested in the universe since my childhood. I asked
parents who are black holes and could not respond satisfactorily. How I am
growing gradually, it seemed quite logical that knowledge is not only on Earth,
but it continues. The parents bought me a large encyclopedia in which I was
the beginning of a few pages about the universe and the rest of the book was dedicated to Earth. then
I wondered why the universe is written in a few pages
when it is much larger than our planet. I told my parents that this
must, however, be the opposite. Later, I realized that we had more knowledge about the Earth
and not only is the universe alive. "

You usually talk about the universe. What people are interested in
more often ask?

"It depends on whether they ask children or adults. The children are asking about black
holes, which is a very challenging theme throughout the universe. On the other hand,
I was no different in my childhood, either. "

Did you also ask about black holes?

"Yes, I was more interested in it. Children still wonder if they exist
aliens Adults have more varied and
for the lizard constellations. For example, they want to see where they are in space
it's your sign. "

Consequently, issues and interests tend to be
to the farthest universe. However, we have sufficiently mapped the sun.
system "

"I think it's great. Sufficient scientific research and technology
space missions are successful and scientists gain
study material. On the other hand, I think the interest of the researchers
is unequally distributed throughout our solar system. interest
o The moon is understandable because it is the nearest space body
stable distance. However, we are interested in Mars too much
other interesting places in our solar system. Landed on Mars
several probes, while Uranus and Neptune were the only ones to study. I understand
practical reasons. Mars looks like a single planet where there is a chance
human crew. Asteroids are exploited with prospects
mining. The motivation behind is not just to increase
human knowledge, but also profit and money. I feel a little, even though you're
I realize that astronautics is a very expensive business. "

We are waiting for some research on the Solar System
surprises

"We saw them recently when the probe went through two bodies
in the Kuiper belt (the solar system area behind the Neptune track, note) and
each one was completely different from what scientists expected. Especially in the farthest
other surprises await us.

For example, the confirmation of the mysterious planet that should be
still in orbit around Pluto?

"Calculations show that there may be some material
body. But we must realize that the solar system is huge.
The notion of ending after Pluto is not true. Located
There is still a very large space that is not well explored and can
there can be a variety of things, including a larger body. "

"I was drawn to the tragedy of one of them by the interest in buses,
Columbia. This inspired my interest not only in them but also in space.
Despite two tragedies, I consider the space shuttle an insurmountable machine. in
The view is beautiful but very useful. He was able to carry the load
orbit, carefully manipulate it into orbit, release it, capture it
can be made in it. Compared to the others
the spacecraft is clearly ahead. "

Do they have prospects for space shuttle flights or is it
just a means of connecting Earth to orbit?

"This was exactly his purpose. Also the word shuttle evokes the airplane and the fact
land in the Earth's atmosphere. Spacecraft to be
landing on the moon may not have this form. I do not think like that
buses will be means of transportation between the planets. "

You are the author of several successful science fiction works. How are you
write this genre?

"It was not a planned decision. Inspiration came and she knew
I have to get the paper. But I had no literary
experience or skills. It is not easy to write a book. That's why I'm like this.
she kept the idea in her head until the conditions for it came
writing and taking six years. Other novels shortened the time
from idea to writing, and it was even easier. "

"For example, they are the different mysteries of the universe when I have an idea of ​​how it would be
were solved. However, it is a genre of science fiction and therefore ideas for enlightenment
These mysteries are a little wild. I have to admit that my hypotheses
rigorous scientific research. My resources are both
certain artistic fiction, but also real scientific knowledge. I also see this as
a certain tool to popularize knowledge of space and science
fiction ".

Many 20th century science fiction authors
Today, around 2020, we usually fly to the stars. Why not?
Were they wrong about that?

"In the last century, space travel was mainly about prestige. in
In the 1950s, the cosmic races between the US and the Soviet Union began
Union. This did something incredible that only eight years later
casting the first man into the cosmos, landing on the moon. he
enthusiasm was transferred to the science fiction storytellers who had hoped
such a pace will continue, and in 2000 they saw mankind
somewhere on Saturn. However, there was a problem that, for economic reasons,
support for space programs. We must realize that while we are
they have reached the moon, but it is an incomparably lighter goal than anything else
in space. It has a constant distance from the Earth 384,000 km, it can be
to reach it in three days, and if the astronauts had problems, what to do
Apollo 13 happened, they can come back with relative ease. For flights in
Mars would have been a bigger problem. The closest distance from Earth is
50 million kilometers, but when the planet moves beyond the Sun,
for the astronauts, it would not be easy to come back. Another problem that
is not solved, is landing and flying from the alien planet that has
other atmosphere and gravity. We are also not aware of how humans
the organism endured long years as if its psyche responded. "

The moon is a few days from Earth, but we are
they were there at the end of 1972. Do not waste time?

"Again, I must say that the problem was financial. Cosmic pilot
flights are very expensive. About astronauts, their conditions of survival and
security needs to be taken care of. Flights from sonda are the cheapest
easier and therefore more preferred. "

On the other hand, you write in your travel papers
for the stars and other planets with intelligent life can also be
technology. Is this really real?

"This is fiction, of course, but it's not totally unfounded.
the atmosphere where the teleportation between Earth and the distant arrived in the book
planet, there are some phenomena that are difficult to explain as
electromagnetic flashes. The researchers found in the book that they were
this kind of discovery of the years on the extra-solar planet will make this much easier, but not
your tax and without proper preparation and exploitation can end badly. "

His latest book is about Venus. Why there?
What makes this planet interesting?

"I am very angry at how much Mars is being explored and how small Venus is.
is much more like Earth than Mars. Both planets are closer and have
weight ratio. Venus has 9/10 Earth's gravity, which is good for
potential colonization, also has a diameter similar to that of Earth. It is denser
the atmosphere like Mars and is the only planet in the Solar System except Earth, where
It is believed to have active volcanic activity. Of course, for
very high temperature and the composition of the atmosphere is useless, not
After all, I will not ask myself why we sent five rover to Mars
Venus not one ".

I'll look like a curious child from your talk and ask
are there aliens or not?

"I do not believe this and I have two lectures on it. In books that
I write, I take it as part of some artistic fiction. Also in fantasy
the stories featured dragons, various magical characters and probably their authors
they do not believe they really exist. In the same way, I use
his novels, but not exaggerated. It's a science fiction story.
leached motif. For me it's also a sign that people are not looking for
the universe is what makes it different from us, but, on the contrary, just something like that
earthly life This is a bit sad for me.

Obviously, there is no great chance that extraterrestrial life will be very
similar to ours. Finally, in the Book of Eternity, you write about the planet
which is controlled by an intelligent wind. We are an exception in space
a confirmatory rule?

"This is not the same thing. Maybe life on Earth has evolved
the only way possible. There are many possibilities where they can occur
differences between intelligent beings, but still open questions
because we know only the forms of earthly life. It is in them several times
have developed unrelated organisms in similar forms. For example, the eye type
they have vertebrates, have developed independently in the most advanced molluscs.
It can be seen that, for such a body to function well, it can not otherwise
look. " 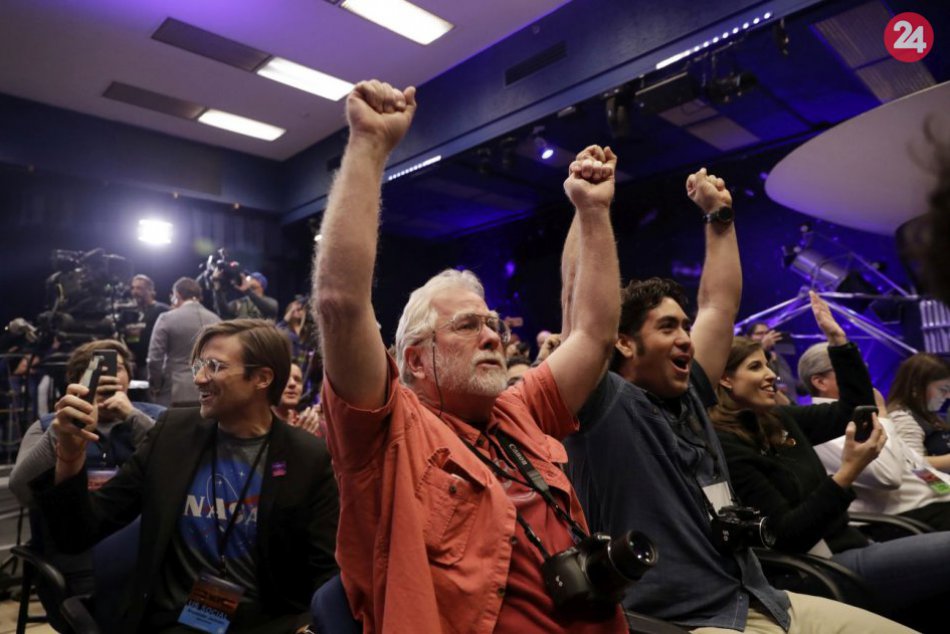