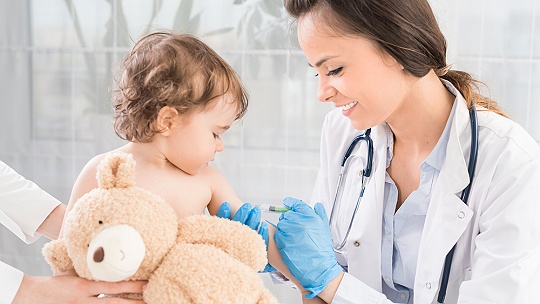 In Poland, there are cases where children have been infected with highly infectious rubella disease. The Minister of Health even invited people to let their children vaccinate. Inoculation against the disease also declines in Slovakia. Vaccination is still the best defense.

The World Health Organization warned late last month that in some European countries, including the Czech Republic and Poland, people's confidence in vaccine safety is declining, leading to an increase in the incidence of some infectious diseases that have already been exceeded including rubella.

In the province of Greater Masovian, where the capital city of Warsaw is, seventeen children were recently infected with rubella. These were children who would not let their parents vaccinate. "This should be a warning to be careful. Let's be wise and we will be vaccinated," said Polish Health Minister Lukasz Szumowski, who has tried to remove the fear that vaccines could be dangerous for children.

He also pointed out that among children sick for less than thirteen months who did not receive the vaccine according to the vaccination scheme. The only way to protect these children from infection is to provide a sufficient population of seedlings, which should be at least 95%.

Rubeola is the most dangerous in children under six years of age, the disease for them can be fatal. At first the disease is manifested by fever, cold, cough. Then there will be red spotted rash. It starts in the head, gradually spreading to the face, neck, abdomen and limbs.

If the Slovak population is immune to six infectious diseases, this is being tested by the authorities in the so-called Immunological Survey. Doctors have already taken blood for the detection of antibodies by randomly selected people. At the end of the year, vaccination against measles, mumps, rubella and viral hepatitis A, B and C will be effective. Inoculation against measles, mumps and rubella is only 94.8% for Slovak children born in 2015.

In eastern Slovakia, an outbreak of measles epidemic broke out in May but has already been administered by the authorities. There were 446 cases, of which 428 were in the district of Michalovce and 18 in the district of Sobrance. "In connection with public injunctions, physicians instigated 6,076 people, of whom 4,648 were children," said Jan Mikas, the chief hygienist of the Slovak Republic in October.