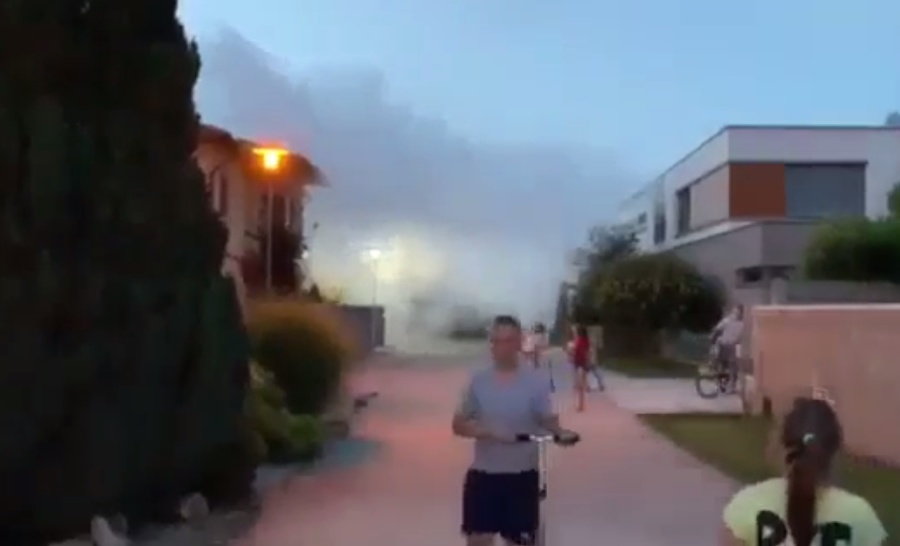 The video that is sent to us by the reader shows the situation immediately after the spraying and the panic of the citizens, which, prior to its application according to one of the places, were not at all warned. The large spray tip used in the village is captured in the video in question. It also contains small children who were close to your presence.

They began to spray despite the presence of children

One of the villagers described the situation in which the incident occurred. "They scattered anything about us.Right on children and people.Actuated about twenty citizens.We had no chance to hide or leave.We were there with a baby for three weeks and they told us it was nine o'clock in the morning. at night and they reported in the official report that the spray would start at eleven o'clock, a van arrived at nine o'clock to see all the people, and yet it began, said one of the locals who was on site.

The village knows about the situation

According to the community website, the spray should be applied with Deltasect. The mayor of Kráľova nad Váhom Ferenc Bergendi confirmed to Topky that the spraying started earlier, but there was a reason for that. "The issue is being addressed by the Regional Public Health Authority (RPHA), which will also issue an official press release on its website tomorrow, which was sprayed on Saturday, residents were warned that spraying would be done at 11 pm. Because of the change in weather conditions, rain and wind were reported around midnight, what happened, and changed the date and began to spray the work at 9:30 pm, without communicating with anyone. Mayor Bergendi said.

The mayor was also informed of the video in question, which included people close to the spray. "A direct attack could not have happened. On Tuesday, the implementer said the children were gathered three to four away from the spraying site." says the village mayor. "On the part of the municipality, we deal with this situation through the RPHA, it is a competent body, it was announced that a fine will be imposed on the contractor in the judicial process," he said. Bergendi concluded.