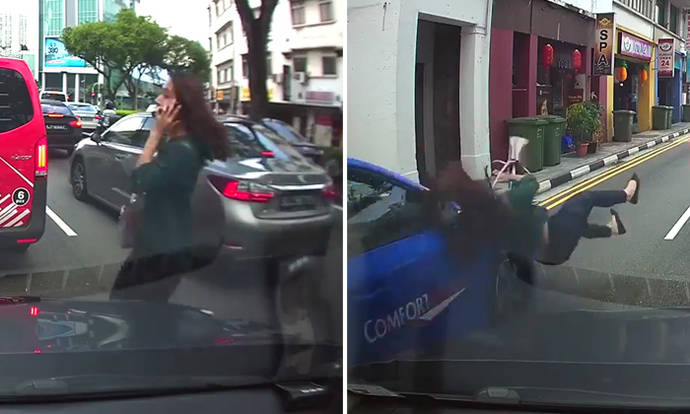 Some lessons are learned in the hard way, as one woman discovered on foot, while distracting herself with her phone.

A video of the incident was posted to Facebook on Saturday (April 6), where it has received more than 188,000 views and more than 3,300 shares.

According to ROADS.sg, the accident occurred along Lavender Street on Friday (April 5), around 3:12 a.m.

In the video, a woman can be seen running down the road with her cell phone in her ear.

She seems to stop on her way before reaching the other side of the road, presumably having noticed the approaching taxi.

However, it is too late when she gets hit by the taxi.

The driver then leaves his vehicle to check on the woman, before collecting his belongings and helping her. He also takes her across the road.

It is not clear whether the woman was injured, but Stomp understands that the police and the Singapore Civil Defense Force have not responded to any incident at the time and place mentioned.