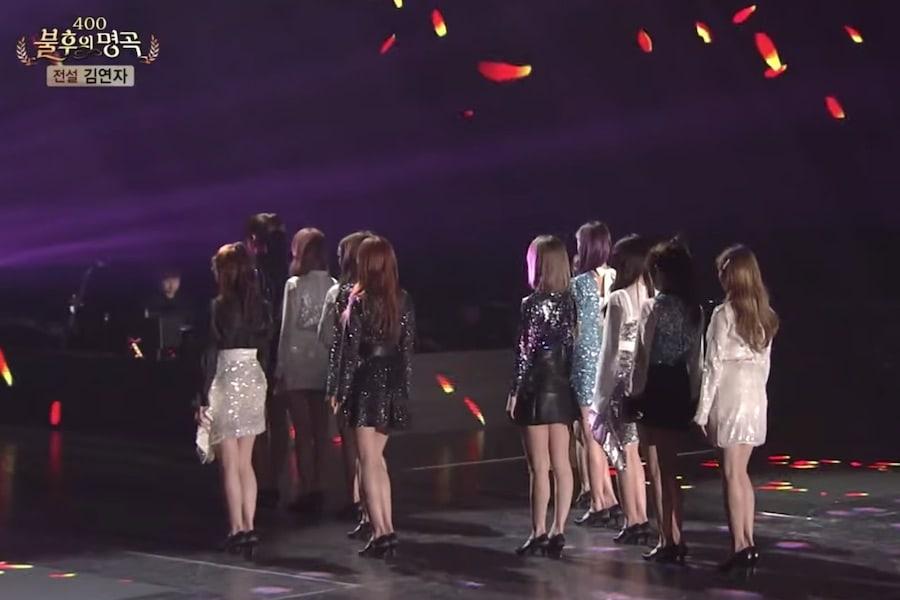 The April 20 episode of KBS's "Immortal Songs" was set in Japan as part of the series' 400th episode special.

IZ * ONE covered the well-known song "Amor Fati", combining the genres of trot and EDM in their high energy performance. This was the first appearance of IZ * ONE in "Immortal Songs" and the occasion was even more special because it happened in Japan.

Honda Hitomi said, "This is a famous TV show in Korea, but I'm very happy that we can perform at the show in Japan." The three Japanese members then shared that their parents had gone to the set to watch their performance.

Yabuki Nako said: "It's different [from when they could watch our performances in Korea]. I'm very nervous."

After the performance, Kim Yeon Ja said: "This song was very special to me. That gave me a lot of courage and strength. "

The singer BEN was the first artist in the episode with the cover of "Mercury Lamp" and received 723 points of the audience. Despite the incredible performances of the other guest artists, none of them managed to win her impressive lead and she took home the final victory at the end.

The 400th episode special "Immortal Songs" will continue on April 27th. In the meantime, you can check out an episode below!