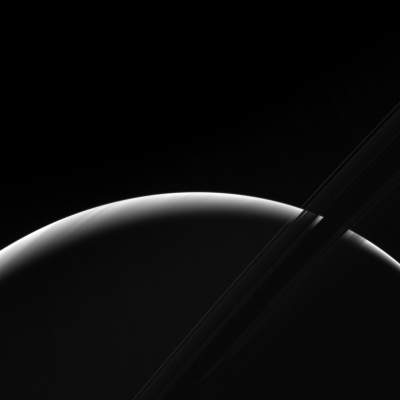 The pictures were made about one million km away

The "Cassini" probe received the image of Saturn at the time of the rising of the Sun, whose rays just began to illuminate the huge planet's rings and the summits of the clouds.

Saturn's "sunrise" images were one of the last "dives" of the probe when the giant planet rings this year at the end of March when the science team Cassini is preparing for the final stage of the probe "Opera's Finals".

These pictures were obtained about one million kilometers from the top of the giant planet when the Sun was about to touch the surface and upper edge of the rings.

Such "illumination" for the morning sun, as NASA experts say, can be considered as a multilayer structure and can look at the differences between each ring.