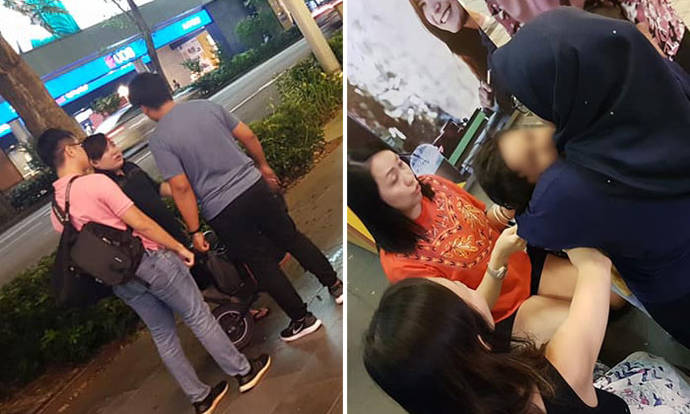 Police are investigating the case of a cyclist who allegedly struck a child on Orchard Road on Friday night (April 19).

Several Stompers alerted Stomp to a video of the clash between the rider and the child's father who was posted on Complaint Singapore's Facebook group page.

In the video, a group of women are seen caring for a child while their father plays vulgarities on the e-scooter pilot.

According to the post, the boy's father allegedly punched the knight after he hit his son.

He added that the knight was a Deliveroo deliveryman.

A woman is holding the man, trying to calm him down and stop him from going to the knight.

At one point she even covers his mouth with her hand.

The deliveryman yells at his father and says that he should be taking care of his son to whom his father replies, "F *** you!"

Stomp understands that the father made an incident report after the incident.

A police spokesman confirmed with Stomp that a report has been submitted and investigations are underway.