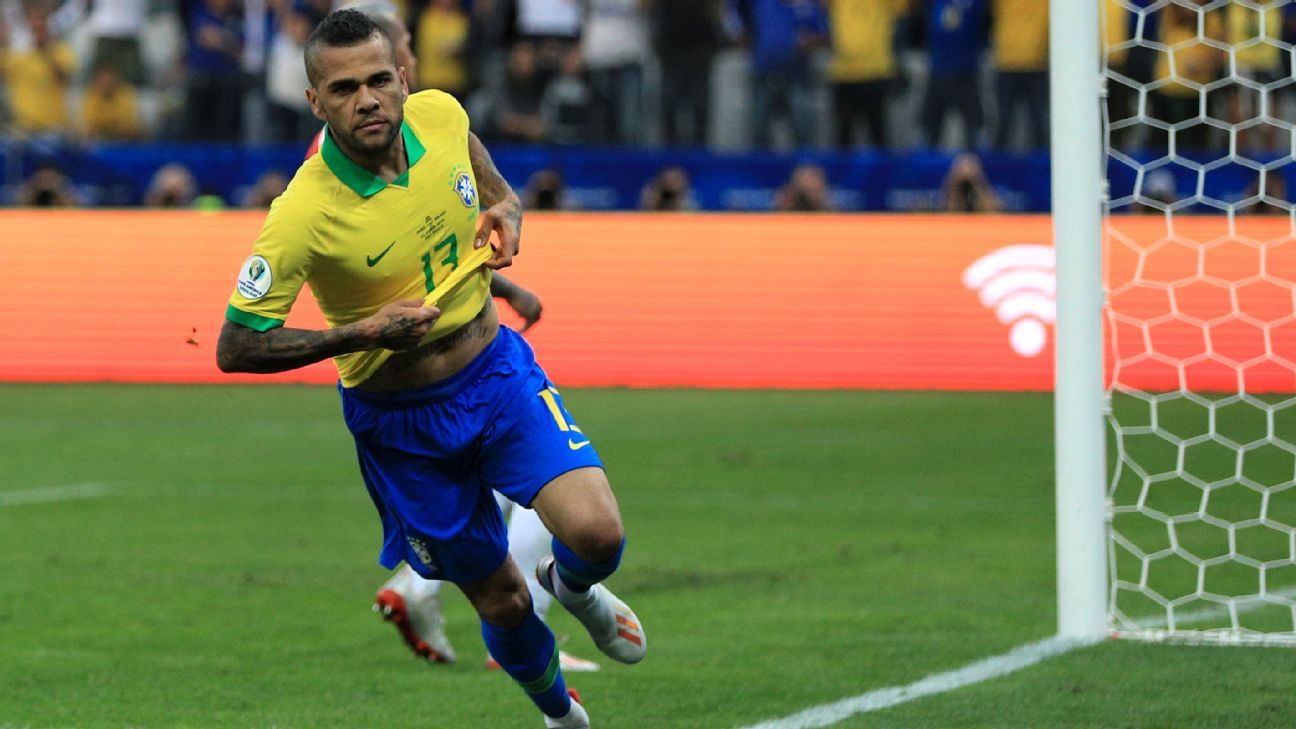 Copa América welcomes Brazil at the top of their group with an impressive performance in a 5-0 win over Peru in Sao Paulo on Saturday.

Looking like his imperious old self, the host country came out ahead in the 12th minute when Casemiro was on hand to wave home after a scoring contest and Roberto Firmino made it two seven minutes after goalkeeper Pedro Gallese kicked.

– Copa América: everything you need to know

Best player Everton scored a beautiful third in the 32nd minute when he fired a low left-footed shot into the post near Gallese and Dani Alves made it 4 to 8 minutes into the second half, when he finished off with a beautiful play. team move and tied the ball on the roof of the hammock.

Substitute Willian made it 5 with a fierce goal from outside the area in the final minute, before Gallese made up for his previous mistake by saving a shot from Gabriel Jesus in the extras.

The result, combined with Venezuela's 3-1 win over Bolivia, means the hosts lead Group A and will play one of the two teams at Arena Grêmio on Thursday.

After fighting in the first half of their previous two games and failing to score in both, the first two goals went to Brazil and gave them more space to play, said coach Tite.

"When you score an initial goal, the team plays differently and opens, that's real," he said.

The only disadvantage for Brazil was the second yellow card in three games for Casemiro, which means that the combative midfielder Real Madrid will miss the quarter-finals on Thursday.

Second-placed Venezuela will face the second Group B team on Friday at the Maracanã stadium in Rio de Janeiro, while Peru need to wait to see if their four points are enough to secure a place among the two best third-place finishers. .

"It's not up to us now, that's the uncomfortable situation," said Peru coach Ricardo Gareca.

"They were better than us from start to finish." Brazil had many chances in their other games and never took them.