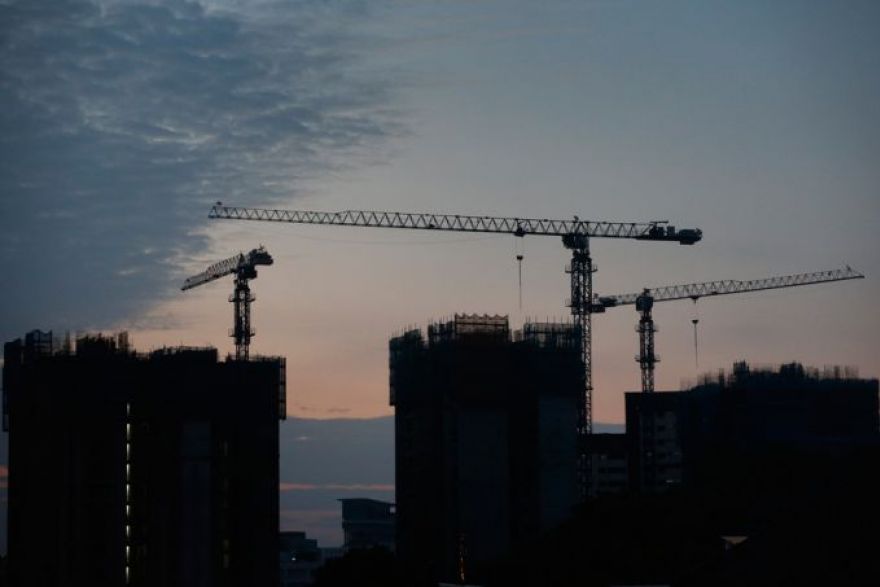 WHILE overall sentiment in Singapore’s housing market improved in the third quarter of this year, concerns seem to be growing over a possible government intervention in private residential properties.

This is in line with the findings of the Real Estate Sentiment Index published by the National Real Estate University of Singapore (NUS + RE), which represents the Real Estate Department and the university’s Institute of Real Estate and Urban Studies.

The quarterly survey surveyed 40-50 senior real estate executives who are closely monitoring the pulse of the markets.

More respondents were concerned about government intervention to cool the housing market in the next six months, with the proportion jumping to 19.2% in the third quarter, from 5.8% in the second quarter.

In a press release on Thursday, NUS + RE said this was the biggest quarter-on-quarter increase among risk factors for sentiment in the latest survey.

On the other hand, the proportion of respondents who believe that the tightening of financing and liquidity in the debt market will be a potential risk factor in the next six months shrank to 38.5 percent from 46.2 percent in the previous quarter.

Almost all respondents agreed that job losses and the economic slowdown in Singapore and globally would be the main risks that could affect market sentiment in the next six months. Some respondents said that these risk factors could put pressure on real estate prices and sales.

As for the high cost of construction, a higher proportion (76.9 percent in the third quarter) also perceived it as a potential risk factor, compared to 69.2 percent in the second quarter.

Meanwhile, the recent crackdown on the reissue of call options (OTPs) may have only a marginally negative impact on new private home sales prices, according to about two-thirds (63 percent) of respondents.

About 85 percent of respondents also believe that the OTP restriction will have a marginally negative impact on new sales volumes.

Most respondents said that HDB updaters will be most affected by the OTP curb compared to other buyers.

In September, authorities repressed the continued reissue of OTPs after expiration – which effectively enabled buyers to postpone their purchases and payments – after months persuading private real estate developers not to give in to the practice.

In terms of future launches and sales, almost half of the developers interviewed by NUS + RE expect more residential units to hit the market in the next six months.

One interviewee said: “In the short term, sales launch decisions are expected to accelerate, as supplies of land sale transactions that took place two to three years ago must meet their respective deadlines.”

Another respondent noted that there could be more launches, as some had been delayed previously due to the Covid-19 pandemic.

That said, about 28 percent of developers did not anticipate any change in the number of units launched.

Nearly seven out of ten developers also believe that prices for new residential developments will remain at current levels over the next six months.

One of them said: “While some developers may have to reduce their prices to sell their units to avoid incurring costs, there are others who want to sell their products according to what they are worth, as in cutting-edge projects. Therefore, the net effect overall, prices are likely to remain at the same level. “ 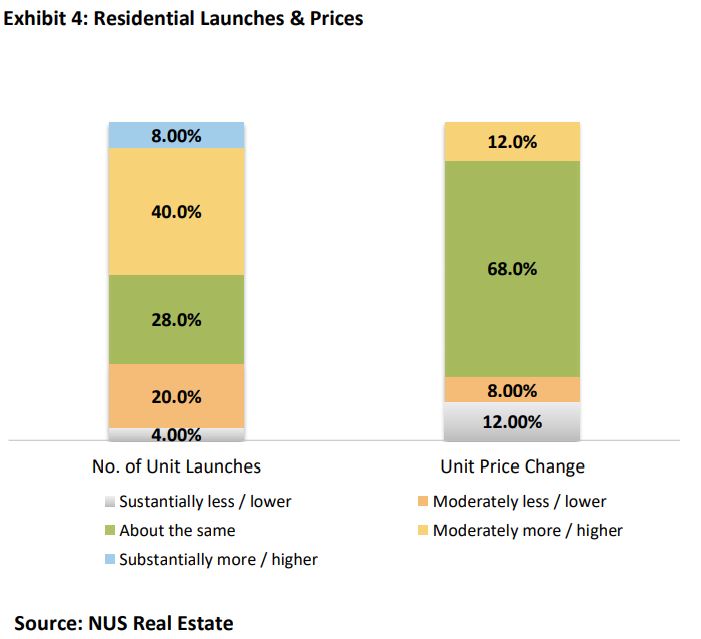 Meanwhile, the work at home trend may have only a slight influence on potential buyers’ preferences for the attributes and characteristics of their homes, according to about six out of ten respondents.

Still, if preferences change, more home buyers are likely to prefer spaces that can be reused or rescheduled, or may want more rooms to make it easier to work at home, 42-54 percent of respondents noted.

The NUS + RE study found that overall sentiment in the housing market “improved significantly” in the third quarter of this year, as the number of new coronavirus cases appeared to be under control.

The composite sentiment index of the study, which is the indicator derived from the general sentiment of the current real estate market, increased to 5.4 in the third quarter, from 3.7 in the second quarter.

The last time this index crossed the 5.0 level was in the second quarter of 2018. A score above 5.0 indicates an improvement in market conditions, while a score below indicates a deterioration in conditions.

The survey also includes a current sentiment index that tracks changes in sentiment over the past six months. That number rose to 5.3 in the last quarter, from 3.1 in the previous quarter.

Meanwhile, the future sentiment index, which indicates changes in sentiment in the next six months, also accelerated, reaching 5.4 in the July-September period, compared to 4.3 in the April-June quarter.

However, this recovery in market sentiment was not widespread. Although it has improved for the suburban residential sector, the outlook for the office, retail and hospitality sectors has remained subdued.

The top-tier residential sector achieved a current net balance of -14 percent, up from -65 percent in the second quarter, as fewer respondents in the third quarter said the sector’s condition had deteriorated.

The industrial and logistics sector and the suburban residential sector recorded positive net balances of 29 percent to 31 percent.

In contrast, the office, hotel and apartment sectors with first-rate services and retail had negative scores of -63 percent to -69 percent in the quarter. These three sectors remained adversely affected by safe distance measures and travel restrictions in the midst of the Covid-19 pandemic.

In addition, despite the increase in general sentiment, most of the surveyed real estate developers were still cautious, as the external environment remained “highly uncertain”, said Lee Nai Jia, deputy director of the Institute of Real Estate and Urban Solutions.

And at the other end of the spectrum, several respondents were concerned about the limited supply of properties in the future due to the lack of government land sales, Dr. Lee added.