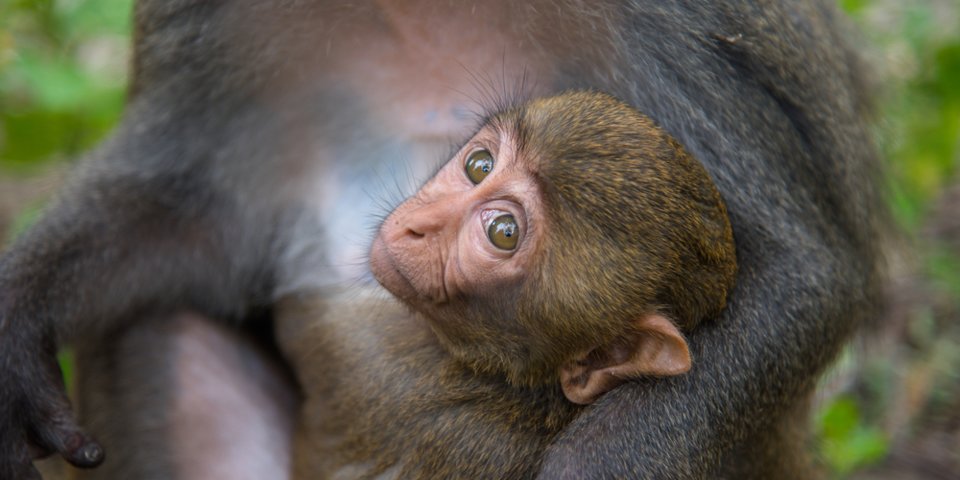 According to a recent study published in the National Science Review, scientists from the Kunming Institute of Zoology of China successfully deployed a human development gene in the genome of rhesus monkeys.

Scientists examined the growth of the human brain and incorporated MCPH1 or microcephalin – the gene that regulates brain growth in the human fetus – into the existing genes of rhesus monkeys.

According to the study, monkeys are said to have become smarter by having the human gene, by improving short-term memory and by shortening reaction times.

Imaging methods showed that monkeys with the human development gene delayed neuronal maturation – a phenomenon that human babies suffer – compared to monkeys in the control group.

In essence, transgenic monkeys remained in the child development stage for a longer period than would normally be the case for their species.

See More Information: NASA has helped create a synthetic DNA structure that could clarify how alien DNA might look like

More than half of the monkeys in the experiment died

Despite the "successful" implantation of the gene, only five of the 11 rhesus monkeys involved in the experiment survived.

As a result, scientists can only describe their findings as "preliminary" at best – the group of animals that have been tried clearly constitutes a sample size too small to arrive at a clear and precise conclusion.

In addition to the small sample size, the experiment also caused some familiar ethical issues to resurface.

This is, however, far from the first time researchers have produced transgenic organisms; in 1974, Escherichia coli (E. coli) bacteria had already been implanted with Staphylococcus aureus genes, whereas much later in 2001, a monkey was implanted with jellyfish genes, making it the first monkey to be classified as "transgenic".

Although it may seem an ethically questionable practice, it is quite common for other species to be used in human gene testing.

Human genes were inserted into monkeys to study diseases and conditions such as autism, while numerous mice were modified with human cognition genes, including altered microcephalin.

Experiments with animals like these have been condemned as ethically unacceptable, considering the suffering they cause to animals.

In most countries, with the exception of China, such experiments are prohibited by law, said University of South Carolina computer scientist Martin Styner in an interview with Technology Review.

Although Styner has participated in this particular experiment, he is now considering having his name removed from the paper.