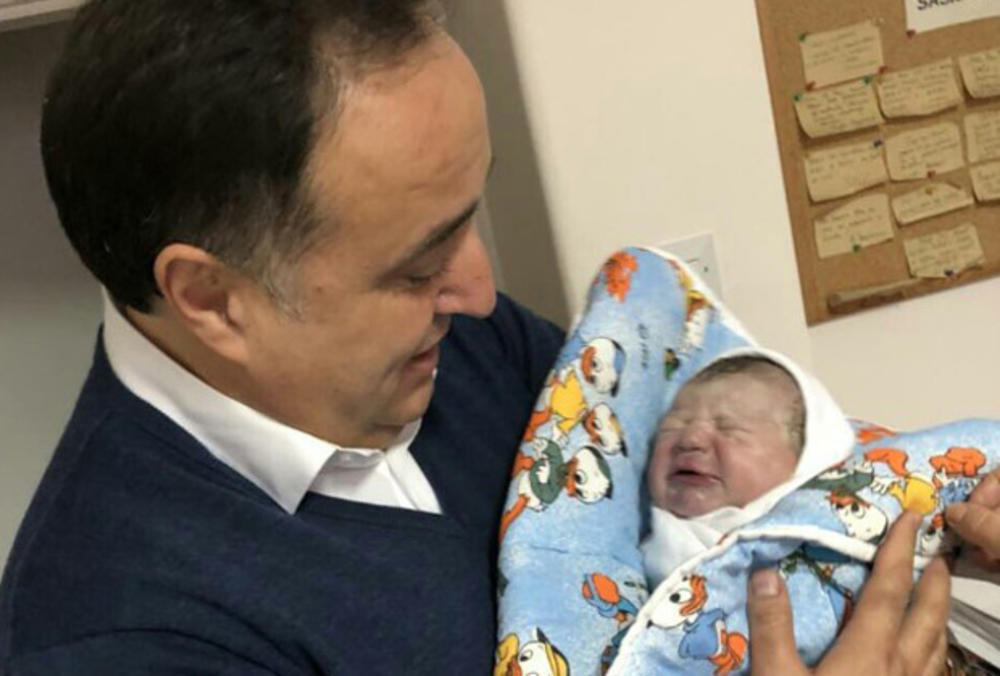 Zoran Babic, director of the Serbian Corridor, received a child this morning. The baby, whose parents gave David the name, and the mother feels good. This woman was born around 8 this morning at the hospital in Visegrad.

By birth, the baby weighed up to 4.2 pounds and was 55 inches long. Babic is the third son, has two daughters of the first marriage. In a conversation about the Courier, Babic says mother and baby are good, most importantly, and that their daughters are delighted with their brother.

"Mama and baby are great. David weighs 4.2 kg. What do you think it is (laughs)? I was very proud when I kept it, "says Babic, adding,
"The daughters are happy to have received their brother, they wept with happiness.

Babic, following the divorce of his longtime wife, Nataša, contacted a 33-year-old active practitioner in Belgrade, and shortly after they learned of their relationship, they came to the news that they were expecting a meeting.

Babic is a member of the SNS presidency, and in the chair of Serbia's first Korodir man he came from the position of head of the SNS parliamentary group in the Serbian Parliament.