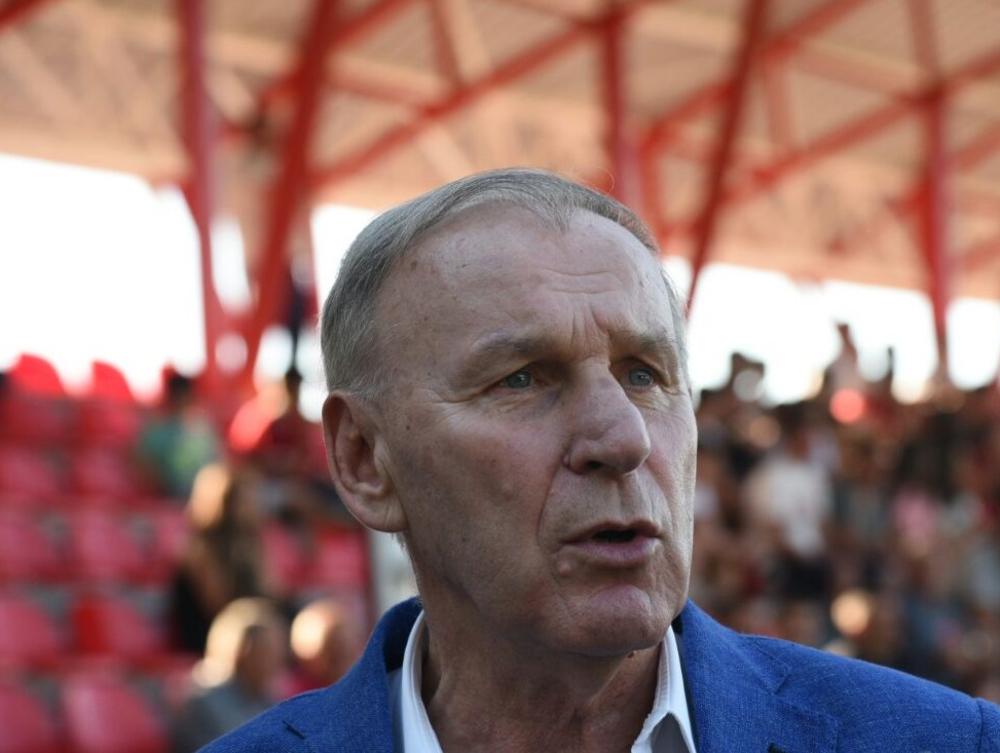 The win over Liverpool is the highest since Bari in 1991, the opinion of Dragan Jajic. The creator of the famous generation that has conquered Europe and the world is fascinated by Milan Pavkov, but also by the whole team, especially coach Vladan Milojević. The club legend believes that the Red Star in the coming years should have a high quality team and a game in the company of the best clubs in Europe.

How did you see the game against Liverpool?

– The star also showed, this time, that besides the rivals, there is something that was adorned during all those years, from the beginning. It was the same before. The Red Star overcame and beat Liverpool. And this is not the first time. The success against Liverpool is huge, much bigger, especially because they were a good game, tactics, the strength of the players … But without such an approach, a club like Liverpool can not be won.

And cheering? Does it seem like it was in the good old days?

The moment to applaud was incredible. When the team fell a little, when it got a goal, the whole stadium was in high. North gave energy, everyone got down. And that's what Star had before. Different windings were at different times. Big Red Star, great! This team can do a lot, trust me. You can actually outnumber many Red Star celebrities.

Is this the biggest win after Bari?

– Clear! Yes! But before that, many great teams fell in Marakana. Remember Reala and they fell. To Liverpool. We too were strangers, and we kicked them out. Let's go this way, it does not matter. We do not have to be too nervous right now. Most importantly, people are happy to return home.

Can the star play in Europe every year?

– Red Star should continue in the future regardless of who manages the club. In perspective, he must consider that it is his public's duty to play with the best. Our club is Liverpool as well as Real, Barcelona, ​​Manchester United, Juventus … That's why we have to have a good and quality team that can play in the Champions League every year. We are coming back from the dead, but not with our own mistake.

What is the Star that other clubs do not have?

– What can Star as a club, no one can! Not in Serbia, but in the area! It can not be Dinamo, Hajduk, Olimpija or Maribor … These are facts, no one should be insulted. The Red Star was European champions, UEFA Cup finalists, beat the biggest clubs in the world. If I did not praise it very much, I always liked to stay on the floor.

How did you see the hero of triumph over Liverpool Milan Pavkov?

– I love that guy! Everyone knows this at the club! Alal faith for it! An incredible young man! God is just, rewarded! Pavkov's return came for his work and sacrifice. He survived everything. Coach Milojevic said that. Pavlov is a great toy for the Champions League. Just remember Slovakia and Austria where he entered the bench game.

You have always supported coach Vladan Milojevic. What do you say about Jurgen Bopp out of the way?

– He was great! He tactically prepared everything properly and, more importantly, the players respected him. All games in Europe took him noticeably. You have a vision. He knows!

Dusan Jovancic is an indicator that in Serbia, in small areas, it is smaller

Do you have any fantastic players?

"If there were more games on the legs and more minutes, Jovancic would be even better. He'll see the public how much he knows and how much this guy can. Without fear. In addition to it, there are also several players who can also. The Red Star must always have a good team and I'll put it on while I'm in that position. Then there will be so much audience and much joy.

After the victory over Liverpool, Zvezda plays with Dinamo de Vranje, and chances of celebrating without a goal (safe win) are 1.77. See all odds for the betting MOZZART for the Dinamo – Crvena zvezda game.

How much victory over Liverpool means to the state of Serbia?

– It means a lot! People are cheerful, they just need to get out on the street and see this. We are a nation of football, this is our fault. People who love the Red Star believed in victory. This is not the first time the Star brought much joy, it was before. Now it's time, because it did not take long.

The Red Star remained two more games in the Champions League, against Napoli in Italy and PSG in Belgrade. Can spring be expected in Europe for the second consecutive year?

– Easy … About that – then. There are times. After all … Just take it easy, "concluded Dragan Džajić.

Football is a miracle

Not everything in pairs

The Red Star has a modest team compared to the expensive stars of Liverpool. What does this show?

– Not everything in the money! Football is not only played by expensive paid players! The difference between Van Dyke and Degenek and Savic, on the other hand, is that the Dutchman is worth 80 million euros, and the two are much less? I would not say! We live in different countries, it seems different in some things. There is a point, not how much is paid. It is not a measure. In this tremendous money, correct guidance was lost. Where all this takes and how much it will affect football, I really do not know.

What do you say about the other heroes of the match with Liverpool?

– Borjan, Degenek, Marin, Savic were fantastic. To highlight no one, they were all on the level of the mighty Red Star. All the hats down, from Borjan to Čaušić, who came in last. In this case, Pavkov jumped a little more and that's why I'm very happy.

We pass through hell

Do you really feel that the Star has had a difficult time in the last two decades?

– The footballers are not to blame for the situation that brought the Red Star where it was, already the separation of the state. We were one of the most respected clubs in Europe in the 1990s, but also decades ago. Unfortunately, what happened happened.

SEE THE VIDEO OF BONUS: