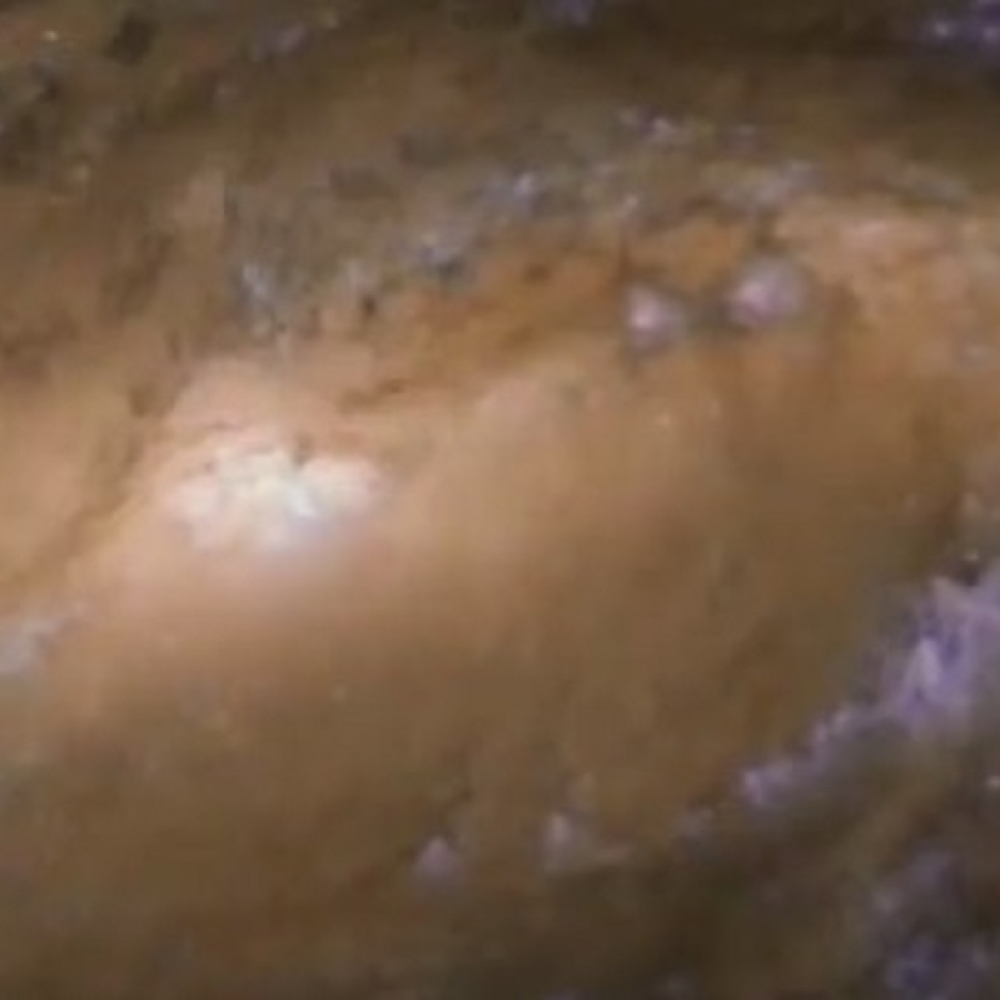 The galaxy NGC 2903 is part of the constellation "Lion", which is about 30 million light years from Earth, and in the photo taken by "Hubble" you can see stars shining, cosmic dust and gases around the galaxy's core, posted on NASA's Web site.

The video was made as part of a spiral galaxy research to reveal the connection between black holes that are very close to the nucleus of galaxies and a group of stars located in their centers.

THE GATEWAY PORTAL NIGHT The camera has recorded a girl who MOVED ON THE BREAKFAST! The population asked not to panic (VIDEO)

NGC2903 is a perfect specimen of spiral galaxies and @ESA is in love with spiral galaxies. "These celestial objects that dominate the spotlight combine the rotating and rotating arms with the scattering of twinkling stars, glowing bursts of gas, and dark bands of cosmic dust."
Cinegraphy pic.twitter.com/IzK6QnVS42

Spiral galaxies have a central part and spiral arms that make up a disk of galaxies, full of stars, cosmic dust and gases.