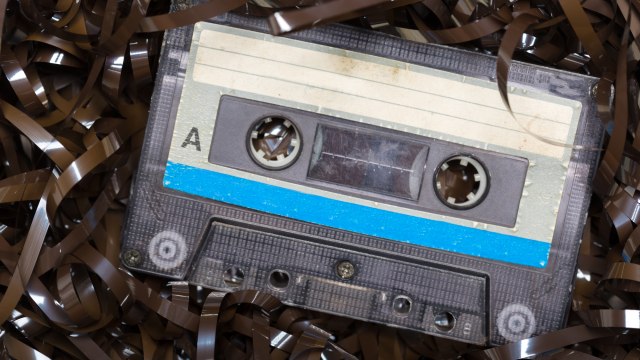 It was thought to be the same fate as VHS or phone booths, but a small, discreet audio tape had not yet said its last re-record. 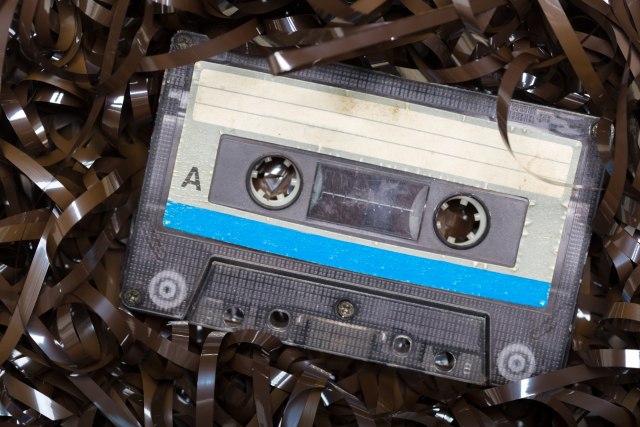 Well known to everyone who grew up in the 80s and 90s, the tape is ubiquitous in the unusual "kambek", as many famous productions such as Taylor Swift, Dej Zi or Lana Del Rey, re-release albums on the magnetic tape.

That's why several music industry professionals knocked on the door of a small French Mulann factory, specializing in the production of magnetic tapes. The reason: The world's stock of audio tapes was a big drop.

Suoene with a CD and then with "streaming" audio tapes almost disappeared from the stores. The little that remained, was reserved for old-fashioned fans on side A and side B.

Mulann produced magnetic tapes for underground train passes or for cards in toll booths, but never audio tapes. In France, no audio cassette was produced for 20 years.

However, the factory accepted the new situation in tritium.

The CEO of a-like Reno is convinced that in today's music, the world has places for analog sound.

"You have radiators, it's good, it's digital, but it's always good to light a good fire in the fireplace," he said. "It's a pleasure for us," he notes, "and this is a cassette or vinyl."

They knew the chemical formula earlier, and when some techniques were problems, production began. On a 60-minute tape, 89 meters of tape are placed.

Cassettes deliberately made in a retro-black-orange design, which costs 3.49 euros per piece. Meso is produced by thousands and 95 percent is for export, said commercial director Teo Arden, who at 27 is too young to experience pleasure or suffering, tape boxes will be tangled up sooner or later, because of the ego. they had to be punched with a pen or a finger.

In the arrangement with cassettes, Mulann obtained the production of the National Audio Company of the city of Springfield, in the USA.

"There is enough work for both factories," says Steve Step, the son of a half-century founder. Cassette sales rose 23 percent to triple the US last year, from 178 to 219 thousand units.

But that's not the same as the 246 million albums sold on the cassette in 1994, but it's not a bit since the format was considered dead a year ago.

"As an old-fashioned type, I do not want to imagine a world without analogical music," says Step. "The world around us is analogous, ours is ui and analogue."

"The digital recordings are very similar, but they do not have harmony, in fact, they are digital images of audio recordings," he concluded.