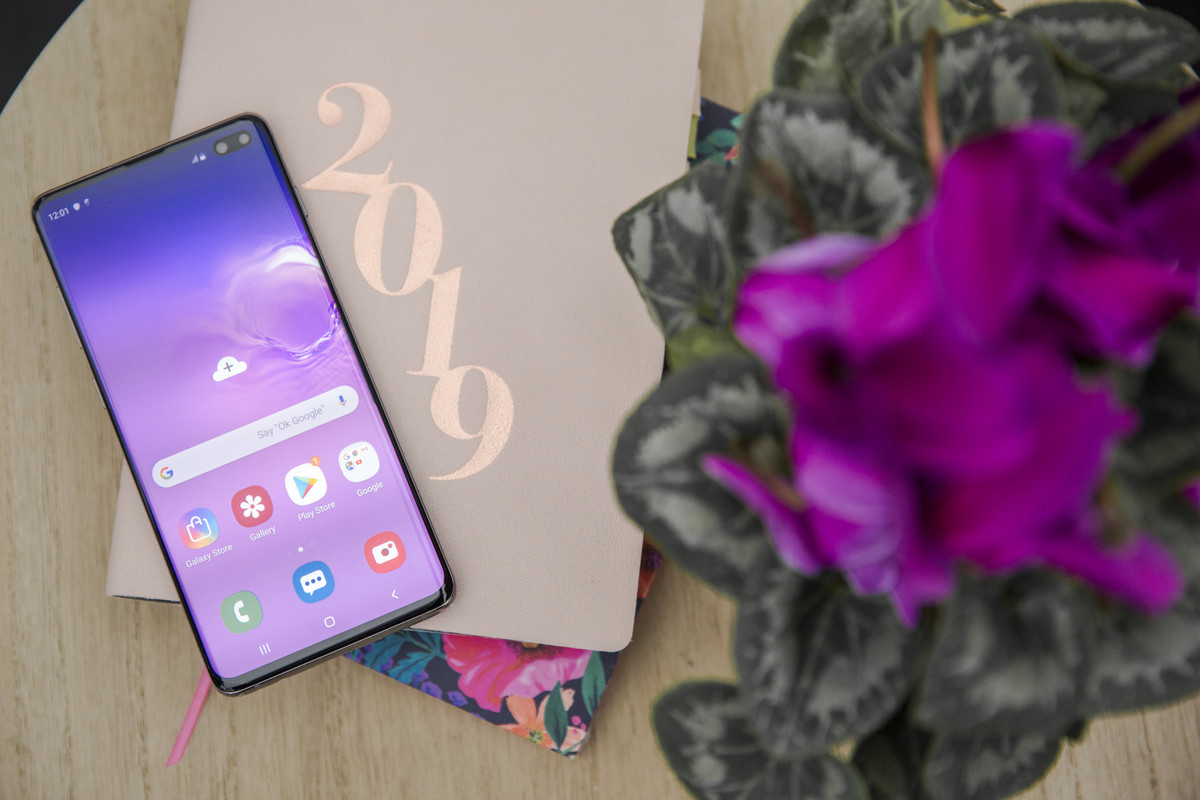 Even before the premiere, many eyes were hooked on the Galaxy S10 Plus, the strongest and latest model with the Korean signature of Samsung. Now, when it arrived, it was discovered that expectations were justified.

The Galaxy S10 Plus is a hands-on phone that made a big change over its predecessor. The phone still has slightly curved edges, but in many ways, it looks like the premium Note series. The screen has a Q40 + resolution of 1440 x 3040 that extends across the ratio of 19: 9 with a pixel density of 526ppi, which is very impressive on paper and in use. In addition, Samsung has maintained the resolution option of the phone with Full HD + resolution (2280 x 1080p) to save energy consumption which, with a capacity of 4,100 mAh, will not be a problem.

The big change occurred in the back of the phone, where the cameras are now horizontal and there are three. On the reverse, the fingerprint sensor was removed and moved forward, below the display itself, which, as often until now, is probably the strongest feature of Samsung devices.

With the latest AMOLED display, the size is 6.4 inches compared to last year's Galaxy S9 Plus and occupies 93.1% of the screen surface. The Galaxy S10 Plus, unlike all other previous Samsung phones, has an impact where the dual front camera is located in order to make the most of the display space. This crack is in the form of a kind of ellipse. If you care, you can easily remove it through setings and get a screen similar to the S9 Plus, for example. On the other hand, many wallpapers have already appeared and will transform this notch into a good forum.

At the same time, the most interesting is packaged below the display itself, and is a fingerprint sensor that is no longer physically separated. Now he is making a 3D impression of a psrt to give the maximum possible security to the user, and if you use it, at least according to our test, it will not give you any worry.

Talking about the look, it is noteworthy that Samsung still persistently refuses to remove the classic headset, although at the same time as the Galaxy S10 Plus has introduced excellent new Galaxy Bud wireless headsets.

The Samsung Galaxy S10 Plus Iima is a triple head camera with superb hardware that unites a 12MP lens, 12MP telephoto zoom lens and an ultra wide 16MP lens.

The primary sensor is here to "capture" all the details of the frame you are painting, and as far as date goes, it increases the vibration of colors to the maximum. This is something that Samsung does not give up and that looks great for pictures taken off. In low light situations, depending on the situation, it is possible to capture a small "noise", but especially if you use a larger zoom when shooting.

Here are some examples:

The wide angle camera is great and brings the most interesting capture options, as well as software that recognizes 10 new categories and automatically adjusts them to offer the best solution for flicker.

At the front, as we mentioned, a dual camera comprised of a 10MP lens and an 8MP lens that captures the "depth" and offers the ability to make Live Focus images, similar to what the main camera can do. In addition, the selfi option lets you choose whether or not you are in the photo, so you can capture a larger portion of the background of the image.

The initial memory that comes with the phone is 128 GB, of which you have about 110 actually available and that is more than enough. If you need additional space, you can expand the range to 1 terabyte. Well, let's see who can do this.

This is the first phone with a new generation of Wi-Fi 6 that allows non-network metamorphosis to the network and is four times faster than the usual settings. All this is followed by the Snapdragon 855 processor with 8GB of RAM (or 12GB if you're ready to pay) and the phone works literally like a dragon performing all the tasks perfectly, quickly and without delay.

As we mentioned at the beginning, the battery is awesome and you can charge it once every two days and do not worry if it's "dropping you". In addition, Samsung has now added Wireless Power Share, or the option to use the phone as a charger for other compatible devices. Just plug in the option and put the other phone, watch or headphones on the S10 Plus that will charge them.

In the end, a bit of what can be offended over the phone. Most things have improved, the performance is maximally good, the battery is more than good … Equally strong is the price, but expected. This model in our starting price is sold for 125,000 dinars