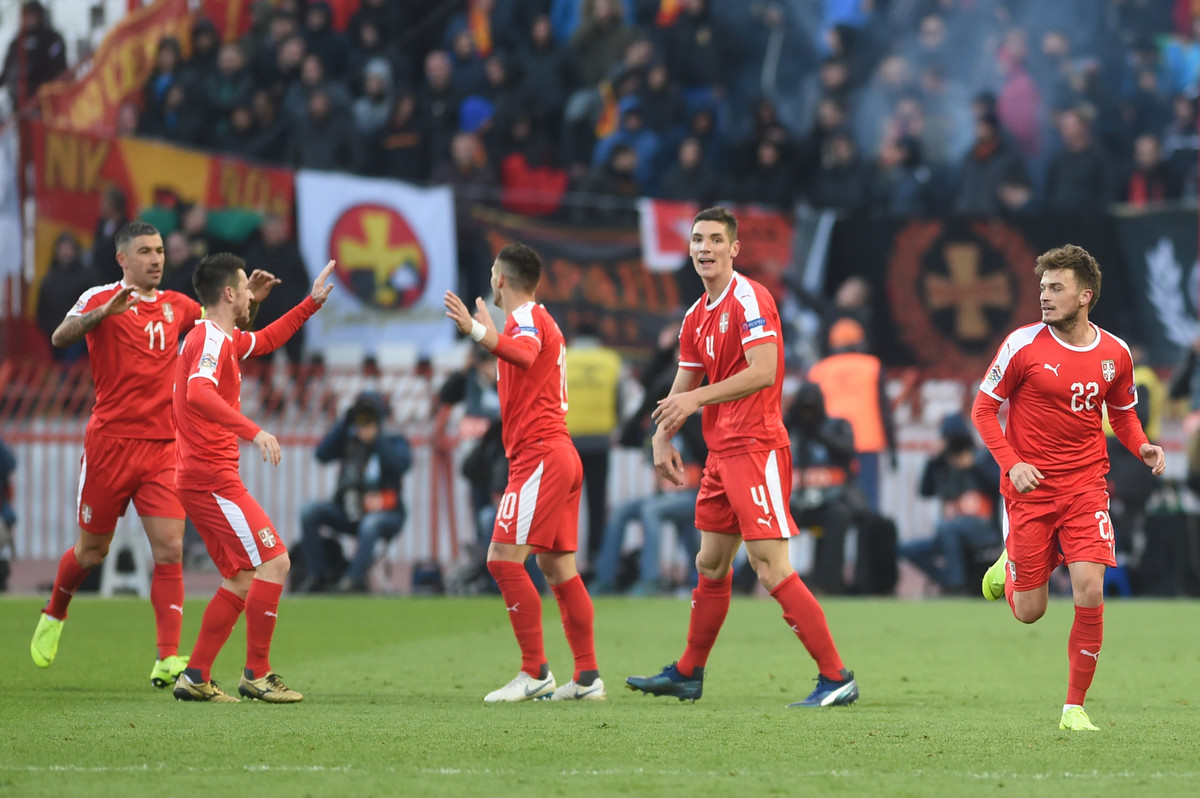 How many times have we heard that Serbia has subjugated someone, but that we have lost points? Moral winners, we were comforted. However, in the League of Nations, we can notice a novelty – not everything is greasy, but we are first in the table.

And not only are we ahead, but the victory over Lithuania (Tuesday, 8.45) leads directly to a higher ranking (League B) and a playoff for the European Championship 2020.

The game and the victory over Montenegro (2: 1) was also oblivion only if we celebrated in Humska against the rival who does not have a point in five rounds with a difference of goals 2:12. In real terms, Lithuania has nothing to look for in the Partizan stadium and we are almost seen in the quarters. Even so …

What did the League of Nations bring us? We highlight five things we can say that are not typical of "eagles" in a positive and, of course, negative way.

Regardless of the outcome of the match with Lithuania (even if we are the second in the group behind Romania), Serbia will be in the third and not the fourth qualifying hat for the 2020 European Championship, thanks to the results in the League of Nations, which will take place 2 December This means that the "eagles" will avoid Turkey, Northern Ireland, the Republic of Ireland and Finland, most likely Bulgaria, Greece, Hungary, Norway and Scotland. That is, hats are no longer made based on the list, that is, past work, but only the achieved achievements in the League of Nations are counted.

We received substitutions by goalkeeper Stojkovic

And without getting into the background of the question why Stojkovic is no longer defending, we must say that Dmitrovic and Rajkovic justified their expectations. To the five games, they received only three goals, of situations in which they were left for grace and unhappiness. In addition to defense, it is important that they finally have continuity, that is, they do not have to fear that a bad reaction will return them to the bank. Both showed safety and of course we managed a goalkeeper in the next ten years.

The impression is that, from Adam Ljajic, we never really got what we expected. At the beginning of his career we justified him with inexperience, then there was a conflict with the Mihajlovic selector in relation to the hymn and then as if it simply disappeared. He likes it or not, Ljajić is a footballer who misses the Serbian team. The player is a way to solve the matches and who is unsustainable when there is a day.

Mladen Krstajic has confidence in Adem, who is at his best (27), and against Montenegro, he has shown that his time is coming.

"Eagles" had to rejuvenate and coach Krstajic accepted on his own. However, the impression is that no new name has appeared in the League of Nations. A little less, and another person, Maximovic, Veljkovic, Milenkovic, Gacinovic, Lukic and Zivkovic had a chance … And … is still very small. Rukavina is still the safest defender at age 34, while when he is beaten, chess has to be kolarov, Tadic and Matic. When, if not now, it is a time for young people to take on more responsibility, not just tenth or eleventh in the team. Because when you lose two or three chances, the next one will not be.

Well, it is clear to the sparrows that in the Mitrovic attack is enough for itself, but that is not a reason to play with a spitz, regardless of whether it is Brazil or Lithuania rival. Luka Jovic is the European hit and the first Bundesliga shooter, and still has to be 21 years old. We are sure he has a German passport, to be a holder at Joakim Leva. For example, Tom Verner is a year older than Jovic and already has 22 games for "pancakes". Another player who deserves the opportunity is Aleksandar Prijović, who spent 14 minutes in the last eight games (SP and League of Nations).