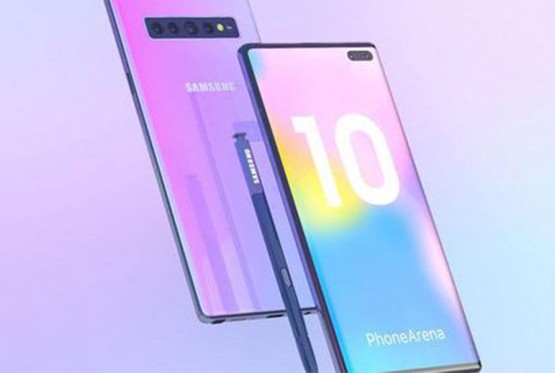 Although only a month has passed since the launch of the latest generation of Galaxy S Galaxy from Samsung, we can read more and more rumors about the new Galaxy Note, which the South Korean company will present in the summer.

According to rumors coming from "people familiar with the situation," this could be Samsung's best phone so far – it should be noted that this title could easily get the Fold model, but first we need to see how the flexible phone looks and works in practice.

The Note series models of the first device were recognizable by large screens – it is ridiculous today when we remember that many considered the diagonal of the first Note 5.3 large and Note 10 should have a screen 6.6 or 6.66 inches ( for example, the Galaxy S10 Plus has a 6.4-inch diagonal screen), a resolution of 1440×3040 pixels with a screen size for the phone case of nearly 90%. And in this device, Samsung will probably continue with the trend that began last year, and continued with the new Galaxy-ies, and the front camera, or cameras, will be placed under the screen (it will have a hole in the screen), writes Forbes .

There will be two cameras in the front (we can expect optical similar to the model S10 Plus), while in the back of the case there will be 4 cameras. In addition to the classic primary camera, the new Note also features a camera with zoom (both have a resolution of 12 MP), an optional 16MP wide-angle camera and a 16 megapixel ToF camera.

Regarding hardware, there should be no big surprises, and Note 10 will launch the strongest chipset this year and, depending on the market in which it will be sold, will come with Snapdragon 855 or Exynosom 9820. Also mentioned is support for 5G, a next-generation mobile network.

We can expect Samsun Note 10 to appear on August 8, and the rumor that no one likes is that this gadget should be something more expensive compared to last year's generation.

Although it's just rumored, it seems that Note will offer a host of advanced technologies and options that will appeal to customers – from a large screen and 6 cameras, to powerful hardware and support for 5G reports, Dnevnik.hr.